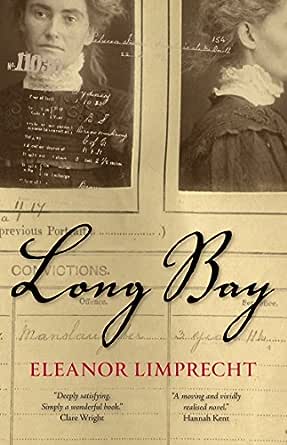 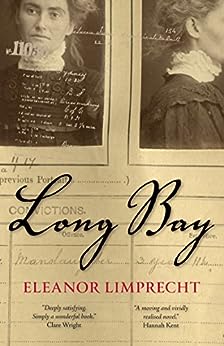 Eleanor Limprecht was born in Washington DC in 1977 and grew up in the United States, Germany and Pakistan. She now lives in Sydney, where she is studying for a Doctorate of Creative Arts at UTS. Her journalism and book reviews have appeared in the Sydney Morning Herald, The Age, The Australian and The Sun-Herald. Her first novel, What Was Left, was published by Sleepers in 2013 to much critical acclaim, and shortlisted for the ALS Gold Medal 2014.
--This text refers to the paperback edition.

Bookworm
3.0 out of 5 stars A commendable depiction of an Australia-past.
Reviewed in Australia on 20 September 2015
Verified Purchase
A bit gut-wrenching one way and another. Such times they were, and this author deserves commendation for her depiction of the environment that existed in an inner-city capital city - an environment that no doubt existed in many an Australian city of the times. I'm glad this book was written, and I'm glad I read it.
Read more
Helpful
Comment Report abuse

Amazon Customer
4.0 out of 5 stars A glimpse of Sydney past.
Reviewed in Australia on 12 December 2015
Verified Purchase
Honest, historic and insightful.
An enjoyable read as the characters felt authentic. Life is confusing in the 21st century, and certainly was in the 1800s.

Jennifer Cameron-Smith
TOP 10 REVIEWER
4.0 out of 5 stars ‘Her first memories are fragments, scraps of fabric pieced together to make a whole.’
Reviewed in Australia on 28 January 2016
This novel starts with a letter from the Prison Comptroller to the Royal Hospital for Women in Sydney. This letter, the inspiration for Ms Limprecht’s novel, advises the Hospital of the arrangements to be made for the admission of Rebecca Sinclair for the birth of her child. After the letter, in a prologue Rebecca’s admission to the hospital is described, and then her labour begins.

‘Tell him we have the upper hand and we could let the whole world know.’

With Chapter One, the novel returns to Rebecca’s childhood and the novel progresses chronologically. At this stage, I am hooked. Who is Rebecca Sinclair? Why is she in prison? And the baby? Slowly, the story unfolds. Rebecca lives with her widowed mother and sisters and they take in piece work in order to exist. Rebecca works hard, and then harder as her sisters leave home and her mother’s failing eyesight renders her incapable of finer needlework. Then, one day, she meets Donald Sinclair. Donald is the only son of Nurse Sinclair, an abortionist with a thriving trade in inner Sydney in the early twentieth century. Rebecca falls for Donald, but slowly becomes aware that he is not to be trusted. Donald likes money, but only the spending rather than the earning of it.

Some novelizations of true stories do not work, sometimes the facts constrain the story. That wasn’t the case for me in this novel. I thought that Ms Limprecht imagined Rebecca’s life and challenges well. From the hardship faced by her mother, widowed with six children, to the role played by those willing to undertake abortions and the risks faced by those who underwent them, the story rang true for me. Perhaps Rebecca should have made different choices, certainly she seemed naïve and gullible at times. But what other options did she have? Leaving Donald had its own challenges.

I enjoyed this novel: it challenged me and made me think about some of the challenges of life for the poor, specifically for poor women, early last century.

Shelleyrae
TOP 1000 REVIEWER
4.0 out of 5 stars A thoughtful and readable novel,
Reviewed in Australia on 18 August 2015
Drawing on official documents and extensive general research into the period, author Eleanor Limprecht blends fact and imagination to create a convincing narrative that tells the story of a woman forgotten by history in her novel, 'Long Bay'.

Born in Paddington, New South Wales in 1885, Rebecca Sinclair was the fourth of six children, raised by her mother who was widowed when Rebecca was two. She married at nineteen, birthed a daughter, and four years later, alongside her husband, was convicted of manslaughter for the death of a mother of three who died after an abortion procedure performed by Rebecca went wrong. Rebecca was sentenced to three years hard labour in Long Bay and while imprisoned, Rebecca birthed her second daughter.

Limprecht builds on these known details of Rebecca's life with her imagination, informed by research, creating a story that depicts a childhood of poverty, a marriage marred by bigamy and violence and the events that led up to the tragic event that resulted in her being jailed. Long Bay illustrates an era where women had limited control over their lives and often struggled under the weight of deprivation and hardship.

There is no doubt that Rebecca's story is fascinating and I was intrigued by the details of her life, but the writing is often quite dry and unsentimental, lacking the emotion that could have breathed more vitality into the narrative. Yet the story is rich in period detail, evoking the city landscape and era well.

A thoughtful and readable novel, I did enjoy Long Bay. I feel it is a story that will interest readers of both historical fiction and non fiction, especially those curious about women's lives and issues at the turn of the century.
Read more
Helpful
Comment Report abuse
See all reviews from Australia

Amazon Customer
5.0 out of 5 stars interesting
Reviewed in the United Kingdom on 28 August 2015
Verified Purchase
Really interesting read. Could not put it down.
Read more
Helpful
Sending feedback...
Thank you for your feedback.
Sorry, we failed to record your vote. Please try again
Report abuse