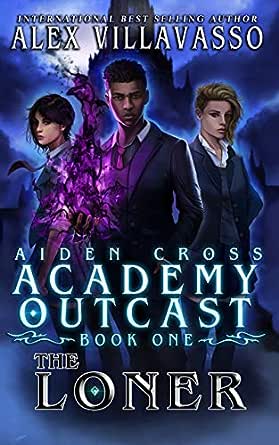 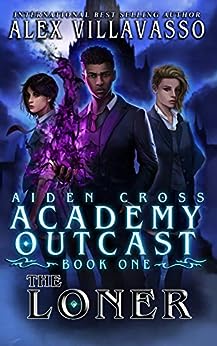 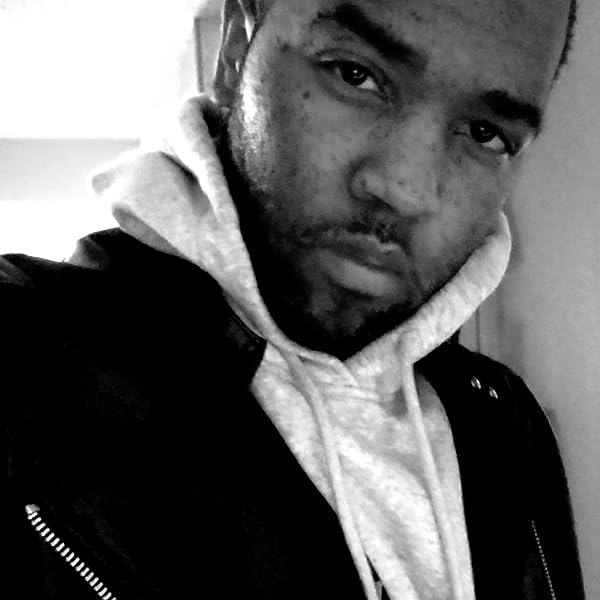 I always knew I was different, but I never knew why. My name is Aiden Cross, and if you asked me a month ago if this type of thing existed, an academy for the exceptional, I’d call you a liar.

The supernatural exists, and apparently, I’m one of them. It’s in my DNA, just like all of the other students here at the academy.

I thought it was cool to be around others like me, but it turns out that this school is like high school on steroids. Having powers just makes things worse.

There’s Tristen, a pyro, who bullies me every chance that he gets. His powers are more developed than the rest, so he has no problem pushing me around. If that wasn’t enough, his goons also join in on the fun, especially when Kaci is around. I like her. I think she’s amazing, but I’m pretty sure Tristen likes her, too. And who wouldn’t? She’s smart, funny, resourceful, and can move things with her freaking mind.

It doesn’t take a rocket scientist to figure out why sharing a crush with your nemesis sucks. Him showing off usually means me looking like a loser, and I already have a hard enough time as it is fitting in.

And then, there’s another girl, Summer. A literal ice queen who does whatever she wants, whenever she wants. Her parents picked her name as a cruel joke, because anything bright and sunny is like death to her, and to be honest, I don’t even know how she’s still at the academy. I’m sold on the idea that she high-key hates everybody and everything, but we always seem to cross paths at the worst times.

Which…yeah… (Is her hair really jet-black? She has to dye it, right? That’s not natural, right?)

Anyway, my classmates aside, the academy is full of its own challenges. The classes are tough, the exercises are brutal, and to top it off, I’m at a major disadvantage because I can’t access my powers at will, and I'm in the advanced courses.

I’m doing my best to stay afloat, but Tristen isn’t making it easy. The academy is fast-paced, but I still have other things to focus on besides academia, like why I was attacked before I came here and the true nature behind my abilities.

And don’t even get me started on dealing with the wild things that pop up at any given time on this crazy campus.

*This series is not a Harem*

AlanB
5.0 out of 5 stars A Good Start
11 December 2019 - Published on Amazon.com
Verified Purchase
This is a good start to the series. There are some surprises. Aiden has a rough start but it seems to get better but of course there are set backs, not all of them are his own making. I am interested to see what the rest of his time at the academy is like. I will be reading the future books as long as they stay this good.
Read more

Judi S
5.0 out of 5 stars What a wonderful change of pace from Alex!
21 November 2019 - Published on Amazon.com
I had so much fun with this book! Alex really showed some real talent for writing about college kids with powers. Aiden is an interesting young man who had a troubled upbringing, without it being your usual abuse type past. His past caused his issues with his power and watching him learn to overcome these issues endeared him to me. The rest of the crew have some very diverse personalities (I've developed a favorite in Summer!), and the school had some interesting ways of teaching the use of powers. There is drama among the students without it being angst, which I personally appreciate since there's nothing I dislike more than teenage angst. But there certainly were some growing pains, and Alex handled those really well. If I could just do something about the word "manifest" I'd be one happy camper!

I'm very pleased with this book, and it's books like this that have me enjoying this Academy genre which is fairly new to me. I'm definitely excited waiting for book two!

I received this book as an ARC and give this review of my own volition and in my own words. As always.

The Mysterious Amazon Customer
5.0 out of 5 stars A great new series
25 November 2019 - Published on Amazon.com
Alex Villavasso definitely knows how to do paranormal well, and his take on the new trend of “academy” stories is a real doozy (that’s a very good thing) of a fun tale. The Loner (Aiden Cross: Academy Outcast, Book 1) is a perfectly plotted and very imaginative supernatural superhero academy story which actually presents a believable setting and story for this sort of tale, an impressive achievement in my opinion. I really enjoyed following along with Aiden across the (e-)pages of this book and am very much looking forward to the series’ continuation.
Read more
2 people found this helpful

Chef Rose
4.0 out of 5 stars Good start to the Series!
22 November 2019 - Published on Amazon.com
“The Loner” is a well-written paranormal academy tale with a storyline that flows smoothly and kept me engaged from start to finish. The story is laced with some drama and passion. The characters are fascinating, well into powers in future books. I really enjoyed this tale and the drama Aiden that drew me and kept me fully invested in the story. This is a new author for me and I will be following his work from here on out.

I received a free copy of this book. This review was posted voluntarily

Michelle Titherington VanDaley
5.0 out of 5 stars Fantastic World - Original & Action Packed!!
25 November 2019 - Published on Amazon.com
A fantastic and exciting start of series. My attention was held through out the book and I had a hard time putting it down. I became extremeley invested in Aiden's journey and I am excited to learn more about him and his class mates - especially Summer, that girl has many layers under her icey persona! I really like the world the author has created - it is original and unlike the other Academy series out there. I can't wait for more!
Read more
2 people found this helpful
Go to Amazon.com to see all 26 reviews 4.7 out of 5 stars
Get FREE delivery with Amazon Prime
Prime members enjoy FREE Delivery and exclusive access to movies, TV shows, music, Kindle e-books, Twitch Prime, and more.
> Get Started
Back to top
Get to Know Us
Make Money with Us
Let Us Help You
And don't forget:
© 1996-2020, Amazon.com, Inc. or its affiliates