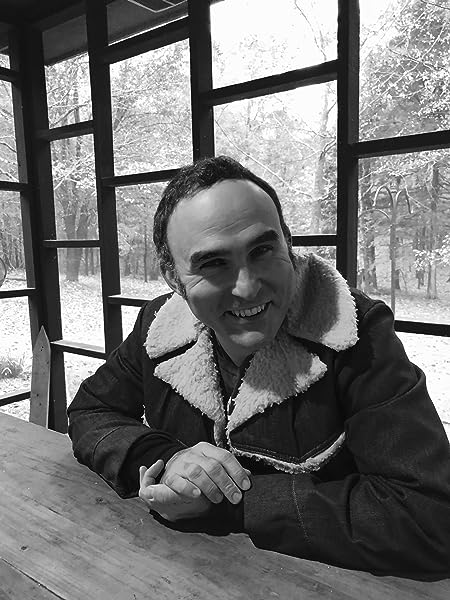 Page 1 of 1 Start overPage 1 of 1
Previous page
Next page
Start reading The Lonely Witness on your Kindle in under a minute.

The Lonely Witness is a map of Brooklyn's genome. Amy Falconetti is that rarest of noir characters, a woman redeemed and a redeemer. Walking in her shoes for only a few blocks is worth the price of admission.--Reed Farrel Coleman New York Times bestselling author of 'What You Break'

A knockout combination of in-depth character work, Brooklyn atmosphere, and straight-up gritty noir. The devotion Boyle demonstrates for character, story and place is perhaps the one unadulterated emotion on display in a story imbued with ambiguous morality and loyalty.

A beautifully nuanced novel that has an unhurried but compelling narrative drive, a central character you are totally invested in, and a locale--the Gravesend neighborhood in Brooklyn--that does indeed function as a major character, interacting with and psychically affecting each and every person in the book.

A powerful, character-driven suspense novel that can keep you on the edge of your seat.

Boyle is a bard of Brooklyn.--Nick Mamatas, author of I Am Providence

Boyle is from Brooklyn, and his easy familiarity with this milieu shows up on virtually every page. If you like the richly nuanced novels of George Pelecanos or Dennis Lehane, be prepared to add Boyle to your regular reading list.

Powered by brilliantly realized characters, a richly described and grittily realistic backdrop, and subtle yet powerful imagery, this is crime fiction at its best: immersive, intense, and darkly illuminating.

Once a party girl, Amy now lives a solitary existence. This remarkable discordance is riveting, especially after Amy witnesses a murder and becomes at once traumatized by the crime and obsessed with the murderer. Amy elicits the same dark fascination as Sara Gran's stellar neo-noir detective, Claire DeWitt. Boyle was featured in a Guardian write-up that compared him to Elmore Leonard and declared him a 'new name to watch.' That watching continues with this outstanding thriller.

William Boyle is from Brooklyn, New York. His novels include: Gravesend, which was nominated for the Grand Prix de Littérature Policière in France; The Lonely Witness, which was nominated for the Hammett Prize and the Grand Prix de Littérature Policière; A Friend Is a Gift You Give Yourself, an Amazon Best Book of the Year; and, most recently, City of Margins, a Washington Post Best Thriller and Mystery Book of 2020. He lives in Oxford, Mississippi.

W. A. Burt
5.0 out of 5 stars Hard Boyled Crime
Reviewed in the United Kingdom on 12 June 2019
Verified Purchase
An excellent follow up to Gravesend,this is the second book from Wiliiam Boyle that I have read.It hooked me from the start and never let go,I enjoyed every page and finished it in a few days.
Boyle's descriptive and atmospheric writing transported me to Brooklyn and the large as life characters who populate those mean streets.It was compelling to follow Amy's erratic and eventful journey of self discovery to a satisfying conclusion.
My only niggle---what a terrible title!
Read more
Report abuse

Sally Thompson
4.0 out of 5 stars Quite fast moving contemporary story
Reviewed in the United Kingdom on 28 May 2020
Verified Purchase
Starts slowly picks up pace but then the story turns into the unbelievable. A bit different although Amy the lead us lost in life
Read more
Report abuse

W. Morgan
5.0 out of 5 stars A tale of two cities
Reviewed in the United States on 28 February 2019
Verified Purchase
NY and not-NY.

Amy ultimately sees this as the choice. The reader is left up in the air. She seems magnetically attracted to what she logically understands to be a terrible choice. Poor Amy. Poor any female character in a Boyle novel.

A tale of two tales. Literally, the 50% point is the major turning point in Amy's story. She has an excellent reputation as an apparently devout Catholic. But, we can't have that. So, she makes an incredible decision.......with major short and long term impacts.
Read more
2 people found this helpful
Report abuse

Max Booth III
5.0 out of 5 stars Great noir.
Reviewed in the United States on 8 June 2018
Verified Purchase
The protagonist in this novel makes decisions lesser authors would be afraid of writing out on the page. Everything here is fascinating, it's difficult to look away even for a second. I also greatly appreciate the bizarre humorous third act. Boyle has my loyalty forever.
Read more
3 people found this helpful
Report abuse
See all reviews
Back to top
Get to Know Us
Make Money with Us
Let Us Help You
And don't forget:
© 1996-2021, Amazon.com, Inc. or its affiliates