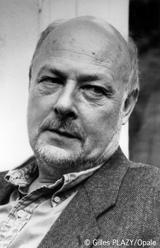 Page 1 of 1 Start overPage 1 of 1
Previous page
Next page
Start reading Lonely Hearts: (Resnick 1) (Charlie Resnick Series) on your Kindle in under a minute.

4.1 out of 5 stars
4.1 out of 5
125 global ratings
How are ratings calculated?
To calculate the overall star rating and percentage breakdown by star, we don’t use a simple average. Instead, our system considers things like how recent a review is and if the reviewer bought the item on Amazon. It also analyses reviews to verify trustworthiness.

Jl Adcock
4.0 out of 5 stars Slow burn start to the Resnick series
Reviewed in the United Kingdom on 27 January 2019
Verified Purchase
Lonely Hearts is the first novel in John Harvey's Resnick series. It's a fairly pedestrian novel to be honest, sketching out the landscape and characters Harvey would develop over the course of the books. Jazz, sandwiches, Resnick's inner sadness, the affectionate distance of his cats - all help to make him a real character. The prose is lean and poetic, and Harvey pared this back further in later stories, and his themes became darker when he moved on to write about Frank Elder. Re-reading this now, the book is inevitably dated at times (published on 1989) and yet the motivations of the characters and the resultant violence remain timeless and socially relevant. Hard to see why it was initially rated as one of the 100 best crime novels of the 20th Century - Cold In Hand is by far a better novel in the Resnick canon.
Read more
2 people found this helpful
Report abuse

Peliroja
3.0 out of 5 stars Dull story, good banter.
Reviewed in the United Kingdom on 5 September 2014
Verified Purchase
This series was brought to my attention as there was talk amongst crime enthusiasts that Harvey has recently put Resnick to bed. Having never tried him I thought I'd go back to the beginning - often not the best book in a series, but usually important as to the background and relationships of the investigating team. I was aware that this was written before the technological big bang of recent years and quite liked nostalgic reminders of Tippex and the fact that Top Shop was at one time considered crass!

I loved the characterisation of Resnick's team. Maybe a little stereotypical, but the banter and humour were what drew me past the first few pages. Resnick himself is as dull as ditchwater - cats, bellies and grubby ties do not do it for me I'm afraid!

But the rest of the book was so pedestrian it was like reading an episode of Midsomer Murders. Other reviewers have mentioned how they knew the setting. After several chapters I had to google to discover where Harvey set his books. There was honestly no mention from beginning to end and it could have been anywhere. The only clue was the 'lace making section of the city,' mentioned in passing. Even the football team was described as 'the reds.' I have an intense dislike of books with fictional settings and this honestly felt like it was one of those - despite reviewers who were local to Nottingham recognising areas of the city - it was completely unrecognisable to those who have never been.

Also, the story was just dull. Nothing happened after the initial couple of bodies were found. There were few real suspects to choose from and whilst I also didn't understand the ending (like others have mentioned) I presumed it was because I scanned the last 80 pages as I was bored.

I may, at some stage, pick up a book further into the series as I did enjoy the writing and the humour. Three and a half stars.

Maid Marian
5.0 out of 5 stars First of a superb series
Reviewed in the United Kingdom on 18 August 2013
Verified Purchase
This is my favourite author and my favourite series of books. Why? Because the character of Charlie Resnick is so well-written that he is a real person to me. You have to like him, you can't help it! The plots are almost a 'by the way' because the developing story of D I Resnick in each book is of sufficient interest to keep me reading. However, there is a perfectly-executed balance between the two; the story of the inspector and the unfolding story of the crime couldn't exist without each other.

It also helps that I can remember a brief TV series of some of these books, with Tom Wilkinson playing Resnick and that's how I've imagined him ever since. It also helps that I know Nottingham very well and can recognise many of the locations. I've been reading and re-reading all the Resnick books since they were first published and will continue to do so.

G78
4.0 out of 5 stars 3.5 stars
Reviewed in the United Kingdom on 25 September 2018
Verified Purchase
The only word i can use to describe this is disjointed. Not only did it keep hopping about from person to person, location to location etc bu at times not even clear who was actually speaking - inverted commas not used properly to indicate that one speaker had finished and another started. Perhaps partly due to conversion of this 1980’s book to ebook format. This is first in series so perhaps he improves later. Characters were quite wooden and stereotypical.
Read more
Report abuse

Christiana
3.0 out of 5 stars Ridiculous ending
Reviewed in the United Kingdom on 15 April 2019
Verified Purchase
I found the main character was fairly well drawn, the writing engaging if somewhat erratic, and a tad slow. It took a bit of perseverance to get to the end, and then I was cross! Such a ridiculous ending! Did he just get bored and decide to stop writing? So unsatisfactory. This was the first book I have read in the series, and it will be the last.
Read more
Report abuse
See all reviews
Get FREE delivery with Amazon Prime
Prime members enjoy FREE Delivery and exclusive access to movies, TV shows, music, Kindle e-books, Twitch Prime, and more.
> Get Started
Back to top
Get to Know Us
Make Money with Us
Let Us Help You
And don't forget:
© 1996-2020, Amazon.com, Inc. or its affiliates