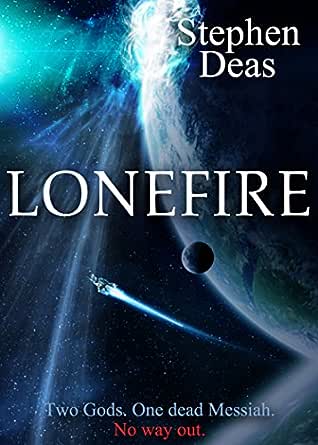 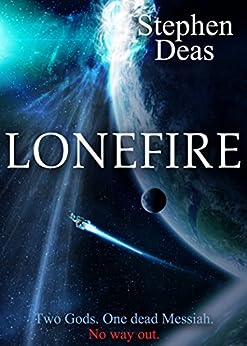 Amazon Customer
5.0 out of 5 stars Unique sci-fi adventure
Reviewed in the United Kingdom on 11 February 2016
Verified Purchase
Another cracker from Deas. Not your usual sci-fi book; lots of expletives and unsavoury characters, but they definitely fit the dark cyperpunk theme of the novel. Enough loose ends to provide material for a sequel-- I'm looking forward to it.
Read more
Helpful
Sending feedback...
Thank you for your feedback.
Sorry, we failed to record your vote. Please try again
Report abuse

A. Christiansen
3.0 out of 5 stars A captivating tale, tinged with grammatical issues.
Reviewed in the United States on 20 January 2016
Verified Purchase
By the time you get to the end of the novel you will have forgotten just how vulgar the writing at the beginning is... well, I did.

As a learner writer, this was a great example of what not to do -- something I have grappled with myself -- as there is no colour evoked through the ongoing use of cursing; it's just a constant stream of grey meh.

When all you get is swearing, the impact is diminished significantly, and it becomes nothing more than distraction. As bad as, if not worse than overloading sentences with adjectives.

Talking of distraction: nothing pulls me out of a story more than mistakes. Whether spelling or grammar, it can really dismantle what is a rollicking good tale. A stunning example of this on page 295 is mention of the "Turning test".

A paragraph later he even mentions Alan TURING, so it's not as if he doesn't know the source of said test.

In a novel devoted to AI concepts and story this is a transgression that loses a rating star in and of itself.

You'd think this sort of thing would be picked up during a proof read.

Otherwise, it's well-paced, with enough tech and interesting interludes to keep the story moving and the reader engaged. I'd read a sequel, but dread the expected grammar and other errors that are going to trip me up on a regular basis. Amazon retain the 5 star rating system, so I am rounding my 2.5 stars up to 3.
Read more
5 people found this helpful
Helpful
Sending feedback...
Thank you for your feedback.
Sorry, we failed to record your vote. Please try again
Report abuse

David
1.0 out of 5 stars Just Profanity...
Reviewed in the United States on 28 September 2015
Verified Purchase
More swearing than my angry Drill Instructor in boot camp. Most of it doesn't even make sense. There may be a story in there somewhere, didn't make it past the first 20 pages. Which could have been 5 pages if he took the vulgar language out. Disappointing.
Read more
7 people found this helpful
Helpful
Sending feedback...
Thank you for your feedback.
Sorry, we failed to record your vote. Please try again
Report abuse