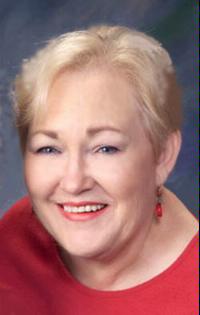 Jane
3.0 out of 5 stars 3.5 stars. Enjoyable reading throughout the book, but the ending felt unfinished and not romantic enough.
Reviewed in the United States on 13 January 2009
Verified Purchase
STORY BRIEF:
The Strayhorn family is one of the richest in West Texas. They have a huge cattle ranch. Jude's mother ran off shortly after Jude was born. Jude grew up lonely, a single child. Her dream is to take over the running of the family ranch. She obtained college degrees in agriculture and genetics to prepare her for this. Her father won't give her the job. He claims it a man's work. He wants Jude to get married and make babies. He even arranges a couple of marriage engagements for her which she manages to get out of. Jude teaches at the local school to be able to feel useful.

Brady just inherited a large ranch next to the Strayhorn's from his aunt. It is run-down but livable. Brady is recently divorced. He lost all his money fighting and losing a custody battle for his son. He needs money to build up the ranch, so he gets a job as a ranch hand working for the Strayhorns. Jude's father has demanded that Jude stay away from the ranch hands her entire life, but she's attracted to Brady.

REVIEWER'S OPINION WITH SOME VAGUE SPOILERS:
While reading this book, I felt like I just came back from a nice long vacation in Texas, being on a cattle ranch. It has the feel of real people with regular problems. It's life like. I felt sympathy for Jude. Brady was smart, competent and didn't talk much. I liked both of them, and I enjoyed reading about them. I liked the way Jude helped Brady work on his own ranch. It was interesting how they were attracted to each other but backed off because Brady didn't want to jeopardize his job working on her family's ranch.

I did not like the ending. It was too subtle for me. Brady and Jude had fought and separated. I assumed they were going to get back together, but the author didn't show it. Instead, Brady makes one statement which implies they would get together, but that was all. I wanted to see what would happen with Jude and Brady. I wanted to see and feel a more romantic ending. I felt like the story was chopped off. At the least, I would have liked an epilogue showing them together. I also wanted to know what was going to happen with Brady's son and stepson. The author implies that the boys might be spending more time with Brady or live with him, but it's not told.

This is the author's first romance novel. Her prior books were written under the name Anna Jeffrey and were relationship stories, leaning toward women's fiction. As a human relationships story, I would give "Lone Star Woman" 4 stars. But since it was advertised as a romance novel, I'm giving it 3.5 stars for weak closure at the end. Closure is part of "feel good" for me.

An avid reader
4.0 out of 5 stars Well-written, but trite
Reviewed in the United States on 14 November 2010
Verified Purchase
I gave this book 4-stars because I was fascinated by the cattle-ranching business described in this book -- it's very detailed and colorful. If you already know about cattle-ranching and/or don't find it interesting, then this book may drop to 3-stars for you. Overall, it was a well-written book with well-drawn characters. The hero, a sexy cowboy, and heroine -- a woman who, annoyingly, won't stand up to her father for what she wants -- were three-dimensional. Their love-story, interestingly (and maybe annoyingly), was paced like a real-time romance (not a whole lot of excitement here, just a lot of talking and learning about each other). The one main sex scene was very well done. The major complaint I have is that this kind of plot has been done and over-done. The hero and heroine can't get together because of class differences? She's rich and he's not. She's the bosses daughter and he's an employee. Ugh! These deterrents just didn't play as believable to me, not in this day and age, and for much of the book I was rolling my eyes. And, FOR ONCE, I'd like to see a hero and heroine not regret having sex the day after they have it, and then get into a big fight. Can't authors find more creative ways to keep the characters apart? This book would've been much better if the author had wrapped the characters in tension and conflict in ways that we haven't seen since time immemorial.
Read more
Report abuse
See all reviews
Back to top
Get to Know Us
Make Money with Us
Let Us Help You
And don't forget:
© 1996-2021, Amazon.com, Inc. or its affiliates