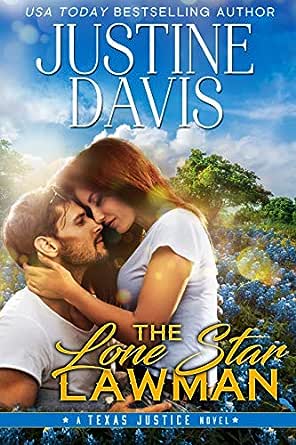 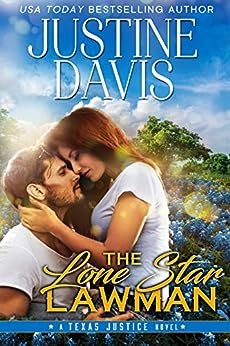 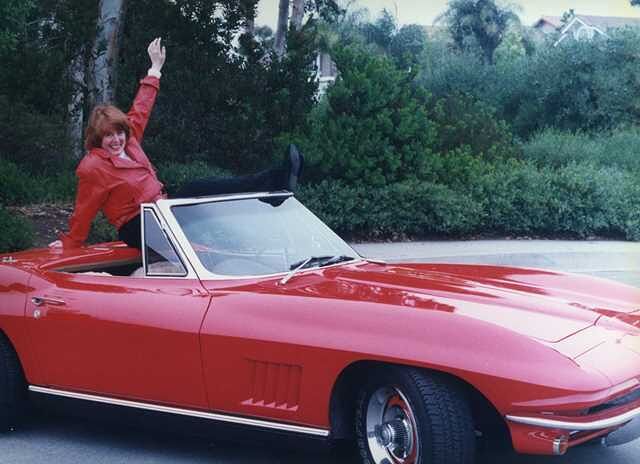 4.5 out of 5 stars
4.5 out of 5
223 global ratings
How are ratings calculated?
To calculate the overall star rating and percentage breakdown by star, we don’t use a simple average. Instead, our system considers things like how recent a review is and if the reviewer bought the item on Amazon. It also analyses reviews to verify trustworthiness.

Shelagh
TOP 500 REVIEWER
5.0 out of 5 stars Great characters make for a great story
Reviewed in Australia on 3 May 2019
It was so good to be back in Last Stand, Texas, and I fairly galloped through The Lone Star Lawman. I loved Shane Highwater from the moment I met him admiring Lilly Jones in the library while at the same time wondering to himself whether he could slip out of the library without her noticing. It was lovely to see this chink in the armour of such a gorgeous looking, competent, caring and genuinely nice man. Lilly was easy to like too, even if she was fixated on her former fiancé, who had died in a car crash while fleeing from Shane, who’d been trying to serve a warrant on him.
As with Shane and Lilly, the other residents of Last Stand were easy to like. Town matriarch Minna stood out as an absolute gem, but there were others like Shane’s sister Sage, who charged to his defence early in the book.
It wasn’t just the characters that made this a great read for me though. The story just flowed and I flowed along with it. It’s not a deep and meaningful book, but it is a thoroughly satisfying and entertaining one. I loved it.

Rosie
TOP 100 REVIEWER
5.0 out of 5 stars Lone Star Lawman. Shane and Lily
Reviewed in Australia on 14 July 2020
Verified Purchase
Welcome to Last Stand, Texas, where everyone know you and the history is rich and real.

Lilliana Jones
She blames Chief of Police, Shane Highwater for the death of her fiance, following a police pursuit. She takes up a journalism job in town, expressly to prove her theories. But as much as she delves into Shane's life, she can't find anything but good about him.
Finding out about Chad's past is shocking. More shocking is the drunken kiss Lily gives to Shane in a weak moment.
Shane Highwater
He is Last Stand's youngest Police Chief. Patient, kind, principled, heroic.
He is both attracted to and troubled by Lily Jones and her campaign against him. He can't easily forget the kiss they shared and would like it to happen again.
When he has a chance to give her the truth about her late fiance, Lily reacts unpredictably.
Read more
Helpful
Report abuse
See all reviews

May Canterbury
5.0 out of 5 stars Could not stop reading
Reviewed in the United Kingdom on 14 July 2020
Verified Purchase
Lily is hurting and blames police chief Shane Hightower for her loss. Lily must eventually learn the truth and gets to know Shane for the honest and loyal man he is. A clean story with barely any heat but I found I needed to finish in one go.
Read more
Report abuse

Jyne Mills
3.0 out of 5 stars Gets His man
Reviewed in the United Kingdom on 14 July 2020
Verified Purchase
Enjoyable but very predictable. You knew he would get the girl, even in the first Two chapters. Although very predictable a nice read.
Read more
Report abuse

Shweet Sandi
5.0 out of 5 stars Mystery, Romance and Yes I even explored the Hill Country via this book! Win Win
Reviewed in the United States on 30 April 2019
Verified Purchase
I love Last Stand, Texas and this is a new series that is based in the beautiful Hill Country in a fictional town that reads almost like it could be actually a real place. This is the third book I have read based in Last Stand ,written by three different authors based around the same main event. I adore this concept and hope to see it again with Tule. The first book was Eve Gaddy's Heart of Texas Doctor, then we have Her Texas Ex by Katherine Garbera. You do not have to read the first two books to appreciate this book but I will say you will honestly enjoy Last Stand so much more if you do. And now on to the good stuff Shane and Lily our main event. Shane Highwater is the Police Chief of Last Stand, Texas but honestly I am not sure why they do not call him the sheriff? I mean we are in Texas and it is a small town in the Hill Country and all. But okay Police Chief works for me...he is one tall drink of water in deed and one who rides a horse too. Then there is Lily Jones the local crime reporter who seems to have it out for our local hot cop. We find out that there is a good reason for that or at least in her mind and it all comes down to police work. This book had more to go thru as far as push and pull than other books in the Last Stand series but I understand why, being a Texas justice book but there is also a romance in this book as well. And yes you do get to explore the Texas Hill country thru the eyes of our author. Which is wonderful and breathtaking. I am looking forward to both the next book in the Last Stand series as well as the next book in the Texas Justice series as well. Win Win!
Read more
5 people found this helpful
Report abuse

Myra
5.0 out of 5 stars Neat story, funny and romantic too.
Reviewed in the United States on 7 August 2020
Verified Purchase
I lived and worked in Texas for a few years long ago. I've never seen a bigger sky in my life than right there in Texas! I heard the term "hill country" several times but never actually saw it. I also heard of a place called "chigger ridge", LOL, never went there. This story was sweet. It centered on emotions and how to get past the hurtful ones that seem to never want to let go and allow you to grow. The handsome sheriff, Shane Highwater, and the reporter, Lilliana Jones, are brought together from a criminal investigation and pursuit, of Lilliana's fiance, and his death. The story unfolds from there to pretty much center on the two main leads and how each deals with the growing attraction to each other and how their pasts become settled comfortably, letting each of them grow. It's basically a simple story but beautifully told with just enough humor along the way to make it very enjoyable. Descriptions of locals and the people and the mindset that is traditionally and rightfully so, pure Texas, make this an easy and enjoyable read. It's a clean read too, no graphic laden sexual situations. There are moments of course, but they are more innuendo and that is much better for this story for sure.
Read more
One person found this helpful
Report abuse

Romance Reader
5.0 out of 5 stars What's Not to Love??
Reviewed in the United States on 14 July 2020
Verified Purchase
I will literally read anything by Justine Davis, her books are that good! I loved the story of Police Chief Shane Highwater soooo much! He's a good man and an honorable man and the sparks that fly between him and Lilliana Jones, the local newspaper reporter who is determined to cast him as the town villain, was very enteraining. Their relationship had some laugh-out-loud moments, and it was fun to watch their prickly relationship evolve into something softer and deeper. I was rooting for them both through the entire book, and I cannot wait to read the other books in this series!
Read more
4 people found this helpful
Report abuse
See all reviews
Back to top
Get to Know Us
Make Money with Us
Let Us Help You
And don't forget:
© 1996-2021, Amazon.com, Inc. or its affiliates