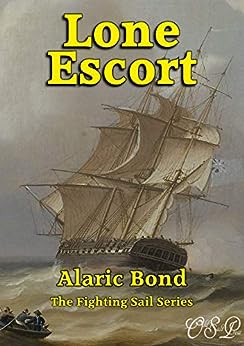 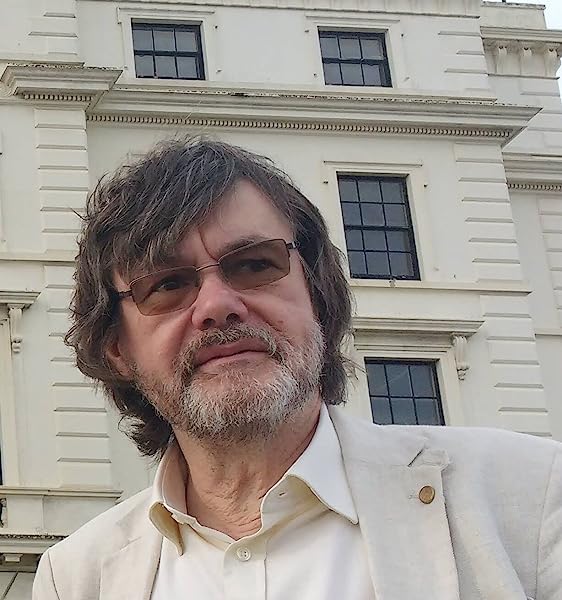 by Alaric Bond (Author) Format: Kindle Edition
Book 13 of 13: The Fighting Sail Series
See all formats and editions
Sorry, there was a problem loading this page. Try again.
The North Atlantic in spring is a perilous place and, with a valuable convoy to protect, HMS Tenacious has a tough job ahead. But she is fresh from refit, fully manned and seemingly up to the task; the only factor likely to invite defeat is her captain.

With breathtaking naval action, strong personal dynamics and a mass of historical detail, Lone Escort is a nautical thriller of the first order.

Bond consistently delivers rousing naval adventures, vividly seen through the eyes of the seamen as well as those in command on the quarterdeck. A superb storyteller, he weaves suspenseful scenarios, which move like smoke and oakum from one plight to the next. Quarterdeck Magazine.
Read more
Previous page
Next page

Alaric Bond has had a varied career, writing for various periodicals, television, radio comedy as well as the stage. He now focuses on historical nautical fiction with sixteen published novels, thirteen of which are in his acclaimed ‘Fighting Sail’ series.

Set in ‘Nelson’s Navy’ of the Revolutionary and Napoleonic wars, these have no central hero but feature characters from all ranks and stations; an innovative approach that gives an exciting and realistic impression of life aboard a warship of the period.

Hellfire Corner is the first in an intended new series and marks a change in emphasis although future 'Fighting Sail' and 'Coastal Forces' books are planned.

4.4 out of 5 stars
4.4 out of 5
429 global ratings
How are ratings calculated?
To calculate the overall star rating and percentage breakdown by star, we don’t use a simple average. Instead, our system considers things like how recent a review is and if the reviewer bought the item on Amazon. It also analyses reviews to verify trustworthiness.

John Gordon Talbot Carter
5.0 out of 5 stars Well-paced with good character development.
Reviewed in Australia on 6 January 2021
Verified Purchase
After becoming becalmed two thirds of the way through a "fighting sail" series by another author, this latest Alaric Bond book, Lone Escort, came like a fresh breeze filling the sails. Well-paced with good character development to supplement the action. You didn't quite know where you were sailing, but you were carried along by the story until you reached port. A satisfying read in troubled times---can't wait for the next book in the series.
Read more
One person found this helpful
Helpful
Report abuse
See all reviews

Fred
5.0 out of 5 stars Five stars without the slightest hesitation!
Reviewed in the United Kingdom on 8 November 2020
Verified Purchase
Lone Escort. (081020) Delighted to see Alaric Bond back in print with the tall ships. Already the story (p35) is, as always with this author, most engaging and I found the closing comments on that page moving. As a fan of this author, it is difficult to maintain a degree of impartiality, nevertheless I would still challenge anyone who gets enjoyment from this genre not to be thoroughly engaged in this super book and it’s exciting storyline. At over the halfway mark, it is hard to imagine how he will maintain this level. Page 204, what a lovely account! As seems ever the case with the works of Mr. Bond, the end arrives far to soon for this reader who has, once again, found just about every morsel of his latest book to enhance my appetite for the next sentence and hope that he will soon offer more. This book was full of action a fascinating insight into the characters within it. In a word - Super.

mobydick
5.0 out of 5 stars Iyt follows a series
Reviewed in the United Kingdom on 21 December 2020
Verified Purchase
I felt enmeshed in the period and you cannot ask more of a book than to feel at one with its characters. Julian Stockwin books have the same authenticity about them as does Philip K. Allan. I would definitely recommend Alaric Bond if you are a lover of naval fiction from the Golden Age of sail.
Read more
Report abuse

A. V. De Villiers
4.0 out of 5 stars Alaric Bond knows his stuff!!
Reviewed in the United Kingdom on 16 November 2020
Verified Purchase
Once again Bond is spot on with this excellent addition to the series. I thoroughly enjoyed the book and hope Alaric Bond continues with the life and time Captain Tom.
Read more
Report abuse

M F J Newman
5.0 out of 5 stars Avery enlightening series
Reviewed in the United Kingdom on 9 February 2021
Verified Purchase
The fighting Sail series are always a most enjoyable read and I can't wait for each volume. Alaric is a master of his subject.
Read more
One person found this helpful
Report abuse

Amazon Customer
5.0 out of 5 stars Great 'Page-turner'
Reviewed in the United Kingdom on 8 November 2020
Verified Purchase
Nothing to dislike - buy, read & keep!
Read more
One person found this helpful
Report abuse
See all reviews
Report an issue
Does this item contain inappropriate content?
Report
Do you believe that this item violates a copyright?
Report
Does this item contain quality or formatting issues?
Report