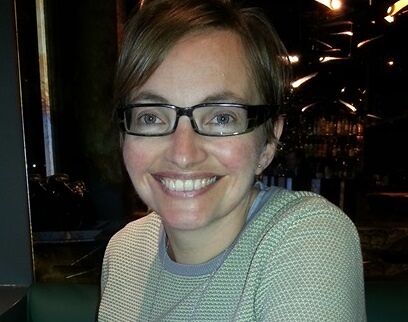 by Clare Lydon (Author)
4.6 out of 5 stars 82 ratings
See all formats and editions
Sorry, there was a problem loading this page. Try again.

Page 1 of 1 Start overPage 1 of 1
Previous page
Next page
Start reading The London Of Us (London Romance Series Book 4) on your Kindle in under a minute.

4.6 out of 5 stars
4.6 out of 5
82 global ratings
How are ratings calculated?
To calculate the overall star rating and percentage breakdown by star, we don’t use a simple average. Instead, our system considers things like how recent a review is and if the reviewer bought the item on Amazon. It also analyses reviews to verify trustworthiness.

Em Lewis
5.0 out of 5 stars I loved this book
Reviewed in Australia on 11 July 2018
Verified Purchase
Clare Lydon does it again, this is another fantastic instalment in the London series. The London Of Us is the coming out story of Alice and how she reacts to her growing attraction to Rachel. This is a well written story with the right combination of angst, love, sexy times and of course that British humour and leaving you feeling good.
Read more
Helpful
Report abuse

Lisa H
5.0 out of 5 stars More excellence from Clare.
Reviewed in Australia on 30 June 2018
Verified Purchase
Another excellent read from Clare. She has captured perfectly the moment when the universe finally makes sense, and life falls into place. Ah memories! Love your work Clare.
Read more
Helpful
Report abuse

Photoswazi
5.0 out of 5 stars What a great series!
Reviewed in Australia on 28 June 2018
I think 'The London Of Us' has captured me the most out of all four in this series. From the first page I loved the main characters of Alice and Rachel, but I also loved revisiting and catching up with those from previous books in the series.
Lydon has a fantastic writing style that draws you into her characters lives - New love, conflict, drama, angst, joy and growth all culminate in the lives and loves of all of Alice, Rachel, Tanya, Sophie, Jess, Lucy, Meg and Kate. I highly recommend this book even if you haven't read the series...but once read I definitely think you'll want to check out the other books!
I received an arc in exchange for an honest review.
Read more
Helpful
Report abuse

Sophie ❤️
TOP 500 REVIEWER
5.0 out of 5 stars This is certainly a London for Us!
Reviewed in Australia on 1 July 2018
Is it possible to read a book twice in quick succession and love it even more the second time? Well, yes. Lydon some how manages to capture your attention from page one and doesn’t let go, even days later. I felt like I was inside Alice’s head as she came to the slow realisation that she was falling in love with her very female chef and fellow YouTube partner Rachel. Trouble is, Alice is straight and has a boyfriend, who is also on the same YouTube Vlog.

Her best friend, Tanya is a lesbian and has been telling Alice for years she looks more like a lesbian than herself. As Alice begins to unravel herself from her old life and launch into her new one, we are entertained with the wit and banter of these friends. Lydon never fails to put a smile on your face, even whilst digging deep into a characters internal demons. The story flows along with such ease,before you know it you have hitched a ride along with Alice, as she navigates her new life and tries to come to terms with the fact that she is not so straight after all.

I once again fell for Lydon’s leading ladies, Alice and Rachel. Caught up with old friends from the London series and thoroughly enjoyed myself. So do yourself a favour and get this stand alone story, it’s certainly worth it. 💗💜💙💛💚
Read more
One person found this helpful
Helpful
Report abuse
See all reviews

celticpoppy
5.0 out of 5 stars Deliciously addictive!
Reviewed in the United Kingdom on 18 September 2020
Verified Purchase
I am so enjoying Clare Lydon's London series, this being the fourth I have read so far in the series. I am an older reader but still enjoy these light but heartfelt romances which seem to me to full of real characters and believable and sometimes messy situations - just like life! I love that each book focuses on a different character but the characters are friends and acquaintances so you get to meet them all gradually through the books. They will make you smile, laugh, cry, and more besides! Claire seems to combine her perceptive and engaging craftsmanship with an easy to read style and I for one am hooked! Thank you Clare and please keep writing!
Read more
Report abuse

Oscarfrog
5.0 out of 5 stars Another great read
Reviewed in the United Kingdom on 27 June 2018
Verified Purchase
This is the fourth book in the London series. Generally I don’t like books that become a series as they tend to become a bit ‘samey’. Clare however, has once again created a plot and storyline that is fresh and believable, with characters that have depth and dimension and dialogue that is credible. You can easily relate to her characters.
The plot in The London of Us follows Alice and Rachel who we first met in A Girl Called London. It’s the will they won’t they scenario which is the common ingredient of Lesfic. Whilst Clare doesn’t go for major plot twists what you do get, and what we have come to expect from Clare is a brilliantly written and well paced story. The humour is great and a good build up to the main characters getting together.
Reading a London series book is like catching up on old friends who you can easliy imagine meeting down the local pub and having a laugh with.
Overall a great read and an absolute must, if like me, you love the London series.
Read more
Report abuse

Hope Freed, UK
4.0 out of 5 stars More the London of ‘Me’ than of ‘Us’ I felt..
Reviewed in the United Kingdom on 12 April 2020
Verified Purchase
Clare Lydon started her London series with a tale told in first person before writing two in third person. In this (the 4th) she’s back to first person, all from Alice’s perspective. I get that Alice is the one having the sexuality ‘epiphany’ in her 30’s but I really would have liked to have heard Rachel’s take on what was going on too...so for me that was a slight disappointment. But, having said this, straight girl finds she’s not so straight after all’ stories are one of my most favourite tropes and this pretty much delivered in that respect.
Read more
Report abuse

handy andy
5.0 out of 5 stars Location, location
Reviewed in the United Kingdom on 22 May 2021
Verified Purchase
Reading a story set in an anonymous location does not do it for me, so when Clare Lydon brings the location to life, describing the setting in easily recognisable detail - it’s magic. The story becomes reality and if you happen to know the location, it’s wonderful (I once lived on Primrose Hill).
This is another captivating account of love, unfamiliar emotions and the heart warming rapport in this predominantly lesbian group of friends. Once again, Clare, I couldn’t put it down..... loved it, thanks.
Read more
Report abuse

A. McGillicuddy
5.0 out of 5 stars The perfect ending
Reviewed in the United Kingdom on 6 July 2018
Verified Purchase
This series has been one of my absolute favourites. You're always worried the next one won't live up to your expectations - it's never been the case with any of the London series and this one is no exception. You root for the characters, you laugh at the embarrassing parents (we've all been there) and above all else you enjoy going along for the ride. Pick it up and you don't put it down!!
Read more
One person found this helpful
Report abuse
See all reviews
Back to top
Get to Know Us
Make Money with Us
Let Us Help You
And don't forget:
© 1996-2021, Amazon.com, Inc. or its affiliates