The Lock Artist and over 1.5 million other books are available for Amazon Kindle . Learn more
Share <Embed> 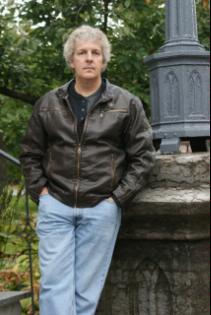 Page 1 of 1 Start overPage 1 of 1
Previous page
Next page
Start reading The Lock Artist on your Kindle in under a minute.

Sam Tyler
5.0 out of 5 stars Keeping Schtum
Reviewed in the United Kingdom on 13 November 2013
Verified Purchase
There is something to be said about being an observer, taking in the details that surround you and keeping your opinions to yourself. When you are locked away in a maximum security prison, keeping to yourself is not a bad idea. This is exactly what Michael is doing as he writes down how he came to be there. Michael is a Box Man; the chap that criminals bring in to help them unlock a safe as part of a job. He is good at his job and always keeps schtum, not because of any criminal code, but because he has not talked since he was 8 years old.

`The Lock Artist' by Steve Hamilton is an excellently nuanced crime thriller. It is told exclusively from the point of view of Michael as if he where narrating the tale to you. The reason that it captures the imagination so well is that the nonlinear narrative constantly throws up plausible cliff hangers that make you want to read more. The book centres on the reasons how Michael became involved in crime and some later jobs that he undertook. We dart between the different time periods, slowly getting to know more about the whole. By revealing something from the past, Hamilton introduces more layers to the passages set in the present.

I always knew that Hamilton was a good crime writer, I really enjoy his Alex McKnight novels, but `The Lock Artist' is something else. This is one of the best crime books I have read, up there with the better works of Michael Connelly or Don Winslow. The character of Michael is brilliantly drawn and seems to speak to you directly in a believable manner. The only shame is that the book appears to be a closed story; I would gladly have spent another 400 pages in the character's presence. A worthy winner of the Edgar Award.

David Craggs
5.0 out of 5 stars Atlas - Something Original!
Reviewed in the United Kingdom on 18 December 2011
Verified Purchase
The fact that this book is not piled high in every bookshop and airport lounge is a solid testimony to the incompetence of Steve Hamilton's agent and publishers. If "The Lock Artist" doesn't outsell "The Da Vinci Code", there is absolutely no justice.
How Steig Larson, Jo Nesbo and the very average Lee Child can rack up such sales and notoriety while this diamond languishes in the rough beggars belief.
The Lock Artist is one of the smartest, most original thrillers to pass my way in a very long time. It's not remotely formulaic. The central premise is genius. The characters leap off the page and Hamilton delivers tension and thrills in a highly literate, well balanced page turner. It won this years "Ian Fleming Silver Dagger" award and rightly so!
Buy this and recommend it to your friends. Perhaps together we can turn the great unwashed onto something brilliant!
Read more
2 people found this helpful
Report abuse

Kindle Customer
5.0 out of 5 stars Superb
Reviewed in the United Kingdom on 21 April 2019
Verified Purchase
A wonderful book that has genuinely fresh take on the genre. Superbly written and i felt like a learned from it - a writer using clearly detailed research with the lightest of touches.
Read more
Report abuse

Philip Savage
3.0 out of 5 stars More of a Young Adult novel
Reviewed in the United Kingdom on 23 December 2020
Verified Purchase
Interesting enough story and nicely told with time moving back and forth but a bit too much teenage angst to be called an adult's book.
Read more
Report abuse

Jane M
4.0 out of 5 stars Great theme
Reviewed in the United Kingdom on 31 August 2020
Verified Purchase
A mute lock artist being described how to open safes but once known for his skills is open to control by criminal gangs. The descriptions of opening the safes are fascinating.
Read more
Report abuse
See all reviews
Get FREE delivery with Amazon Prime
Prime members enjoy FREE Delivery and exclusive access to movies, TV shows, music, Kindle e-books, Twitch Prime, and more.
> Get Started
Back to top
Get to Know Us
Make Money with Us
Let Us Help You
And don't forget:
© 1996-2020, Amazon.com, Inc. or its affiliates