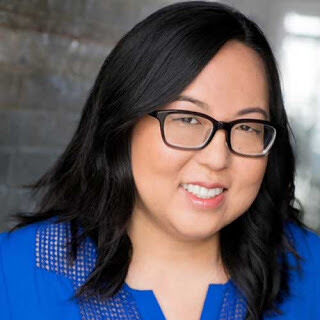 by Suzanne Park (Author)
3.8 out of 5 stars 143 ratings
See all formats and editions
Sorry, there was a problem loading this page. Try again.

"A smart, funny workplace romance set in the world of video game design."--Popsugar

"[A] punchy adult debut set in the world of video game design. Park makes tough topics go down easy by couching them in wry humor and lighthearted romance, and her fierce, snarky heroine is irresistible. This smart rom-com is a winner."--Publishers Weekly (starred review)

Park has created a wholly original, smart, fierce heroine (with a hilarious inner voice) who takes on an industry hell-bent on underestimating her...Just like the "entertaining, fresh, snarky" video game she conjures in her novel, Suzanne Park has written a fast and fun debut, putting females in the lead.--Amy Poeppel, author of Musical Chairs and Small Admissions

"Park's first book for adults is a funny and feminist geek novel... Readers into both gaming and women's fiction will scramble for this fast-paced charmer."--Booklist

"Loathe at First Sight bursts with humor, heart, and great energy. I loved it! Park is a hilarious new voice in women's fiction."--Helen Hoang, author of The Kiss Quotient

"Hilarious and poignant, Park's debut sparkles as a great addition to the new voices of the rom com renaissance."

"Park gives us the story that only she could create. It's hilarious, smart, and the rom-com we need!"--Alexa Martin, ALA Award-winning author of Intercepted

Suzanne Park is a Korean-American writer who was born and raised in Tennessee. As a comedienne, she was selected to appear on BET's Coming to the Stage. Suzanne was also the winner of the Seattle Sierra Mist Comedy Competition, and was a semi-finalist in NBC's Stand Up For Diversity showcase in San Francisco.

Suzanne graduated from Columbia University and received an MBA from UCLA. She currently resides in Los Angeles with her husband, female offspring, and a sneaky rat that creeps around on her back patio. In her spare time, she procrastinates. Loathe at First Sight is her adult debut.

Start reading Loathe at First Sight: A Novel on your Kindle in under a minute.

3.8 out of 5 stars
3.8 out of 5
143 global ratings
How are ratings calculated?
To calculate the overall star rating and percentage breakdown by star, we don’t use a simple average. Instead, our system considers things like how recent a review is and if the reviewer bought the item on Amazon. It also analyses reviews to verify trustworthiness.

Lou and Life
4.0 out of 5 stars Loved this book
Reviewed in the United Kingdom on 3 September 2020
Verified Purchase
This was a very cute book. I really enjoyed reading it. I picked this book up because it was written by an Asian author and it was Helen Hoang approved and I'm very happy that I did. I would recommend this book, I would just warn that the video game aspect of the book is the focus and the romance is more of a subplot.
Read more
Report abuse

sk80
5.0 out of 5 stars Great voice!
Reviewed in the United Kingdom on 21 August 2020
Verified Purchase
I loved this book, Melody is such a complex, deep, strong and beautiful character. I like that the author Trojan-horsed a story about a realistic woman struggling in a men’s world and how against all odds she comes out on top, as a romance novel. Good rickroll.
Read more
Report abuse

romance reader
5.0 out of 5 stars Punchy Writing, Funny, Inspirational and Engaging
Reviewed in Canada on 4 January 2021
Verified Purchase
I could not put this book down! I read the entire thing in one sitting as I was so engrossed with the story. Melody was a great main character! She was smart, sassy, blunt, hilarious, tough, hard-working and truly inspirational. The author was meticulous in describing the type of work involved in producing a game which was fascinating. I was swept in Melody's journey of astounding achievements. frustrations, chaos, and of course love.
Read more
Report abuse

kirsti
2.0 out of 5 stars Not a romcom
Reviewed in Canada on 6 January 2021
Verified Purchase
NOT A ROMCOM. It has a powerful message, was still interesting but there's about 5 pages worth of text TOTAL related to the "relationship"
Mostly focusses on girl power and inequality in the workplace.
Read more
Report abuse

IminyJo
4.0 out of 5 stars Good book, NOT a romance novel
Reviewed in the United States on 10 October 2020
Verified Purchase
*SPOILER WARNING* I want to say I liked this book, honestly. And I would have had it been marketed as women's fiction or a humorous but scathing look at (or better yet, satire of) the gaming industry. A story of how difficult it is to be a woman within it. But as it stands it's marketed (and titled) like an "enemies-to-lovers" romance novel. It is NOT that. It's barely romantic. Don't believe me? The MC and LI don't even go on a "date" (it's not a real date) until page 346 of a 354-page book! And they had exchanged exactly three chaste, non-descript kisses before that. Not to say that there couldn’t have been real, emotion, angst, feels, and sexual tension before that and it have worked wonderfully without even a single kiss. It's possible, I've read and enjoyed that. But there isn't any of that either. As someone else noted in these reviews, without rereading the back of the book, you would have a real problem identifying who the love interest even IS for the first, almost 200 pages of the book. (I wish I was joking).

Don't get me wrong, LAFS is well written--in the technical sense. The main character, Melody, is a well-drawn twenty-something, Korean American, ambitious woman, whose parents want her to marry and make them grandparents post-haste. She, however, is more interested in happily living her single life with her two BFFs, eating junk and working hard at her new job in a gaming studio. But she is also quite judgmental, snarky and unnecessarily abrasive, while simultaneously being strangely passive at odd times and to a degree that's irksome and stretches credibility. All of which is a welcome departure from Dragon Lady or "model minority" stereotypes of Asian American characters. (I must note, as a non-Asian American, I found myself as someone else noted, a little distressed about the way she portrayed Melody's parents but I guess, it was okay? funny?) Anyway, my point is if instead of romance, you came to this book looking for a somewhat light-hearted glimpse into what it meant to be a woman in the sexist, vaguely-racist, male-dominated gaming industry, this *could* be the book for you. (That said, elements of it rang false to me, considering the book takes place in the post-#metoo era. It's hard to imagine the men described within could *legally* get away with as much as they do in this book- but I don't work in that industry so I digress). You might really like this book and Melody and her journey.

However, if you signed up for the "Loathe At First Sight" the title and cover art and blurb promise, prepare to be severely disappointed. While everything written on the back cover technically happens, the devil as they say, is in the details. For instance, that "loathing at first sight" relationship you're promised actually belongs to Melody and a fellow programmer, Asher, who is decidedly NOT the LI. And the LI, Nolan is a perfectly lovely person from his introduction in the story to the book's conclusion. While *Melody* misjudges him initially, but that's entirely her own issue (she's rude to him from the outset for no real reason and he never actually dislikes her for it--again *spoiler*).

Overall, my biggest issue with the story, the same as other reviews you will read is, again, that this story is NOT a romance. At best, this is a fun story of a young woman trying to make her way in an unfair, misogynistic gaming culture. The accompanying romance is an incidental B-plot. And I honestly believe Ms. Park's publisher does her a grave disservice by actively marketing it as such.
Read more
21 people found this helpful
Report abuse
See all reviews
Back to top
Get to Know Us
Make Money with Us
Let Us Help You
And don't forget:
© 1996-2021, Amazon.com, Inc. or its affiliates