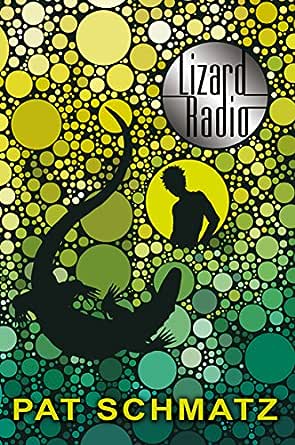 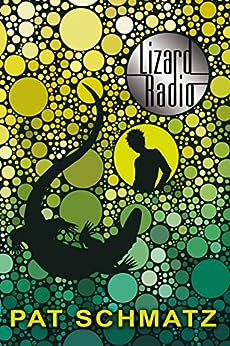 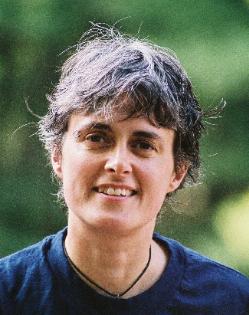 The themes in Schmatz's novel surpass in complexity many of its contenders in YA dystopian fiction. The author's storytelling unravels question upon question for readers, not only about Kavali but also about the power of free will. An entertaining and thought-provoking read, this title will be a big hit for those who want a little something more from their dystopian fiction.
--School Library Journal (starred review) Sophisticated, character-driven science fiction, as notable for its genderqueer protagonist as for its intricate, suspenseful plot.
--Kirkus Reviews (starred review) Schmatz conjures up sympathetic characters and an intriguing premise...a thoughtful and intriguing look at the teenage search for identity.
--Publishers Weekly Schmatz paints a beautiful story with the use of amazingly diverse and well-developed characters. Kivali's struggle to find where she belongs is highly relatable to a variety of readers, especially those who struggle with their own gender identity as Kivali does...Any person who has trouble fitting in will greatly enjoy this book.
--VOYA In a sea of post-apocalyptic and dystopian young adult novels with female heroes, Lizard Radio stands out. Unusual, mildly magical, and well paced, Kivali's quest to dismantle the system manages to be unique yet relatable. The distinct dystopian world, the genderbending protagonist, and the socially conscious writing provoke questions about Kivali's (and the reader's) reality.
--The Horn Book ...there are rewarding revelations rooted in character development.
--Booklist Lizard as a character is endearing from the start, relying on a pretend Saurian identity to push the idea that she doesn't fit...Sci-fi buffs who love character-driven novels and teens on the GLBTQ spectrum who are looking for a book that isn't realistic fiction will all find much to appreciate in this clever, edgy novel.
--Bulletin of the Center for Children's Books This work of science fiction addresses complex issues and deep questions, and would be an outstanding addition for all library collections.
--School Library Connection

In a futuristic society run by an all-powerful Gov, a bender teen on the cusp of adulthood has choices to make that will change her life—and maybe the world.

Fifteen-year-old bender Kivali has had a rough time in a gender-rigid culture. Abandoned as a baby and raised by Sheila, an ardent nonconformist, Kivali has always been surrounded by uncertainty. Where did she come from? Is it true what Sheila says, that she was deposited on Earth by the mysterious saurians? What are you? people ask, and Kivali isn’t sure. Boy/girl? Human/lizard? Both/neither? Now she’s in CropCamp, with all of its schedules and regs, and the first real friends she’s ever had. Strange occurrences and complicated relationships raise questions Kivali has never before had to consider. But she has a gift—the power to enter a trancelike state to harness the “knowings” inside her. She has Lizard Radio. Will it be enough to save her? A coming-of-age story rich in friendships and the shattering emotions of first love, this deeply felt novel will resonate with teens just emerging as adults in a sometimes hostile world.

Seldon
5.0 out of 5 stars Dystopian summer camp with magical realism and a nonbinary narrator. And lizard people, possibly. Please let there be a sequel.
24 June 2016 - Published on Amazon.com
Verified Purchase
Wow. How to describe this book? Genre-wise it's YA dystopian, more or less, but it's dystopian set at a summer camp, with a dash of magical realism and a distinctly contemporary feel, and spends at least as much time on thoughtful explorations of gender identity, sexuality, first crushes, meditation practices, individuality versus community, and the possibility that the main character might have been abandoned on Earth as an infant by lizard people (yes, really) as it does on the whole fighting-of-repressive-governments thing. It -owns- all of those subjects equally, and the result is lovely and heartbreaking and weird and I adored every page of it.

In some ways it reminded me more of Melina Marchetta's Jellicoe Road (another lovely, heartbreaking, weird YA novel that everyone should read) than of most of the dystopians I've read. The narrator's story is deeply personal and raw and very much has its own language, which is pretty much up to the reader to sort out - Kivali's story is Kivali's, and you can come along, but you'd better keep up, because Kivali has enough trouble trying to understand herself without worrying about whether everyone else understands her, too.

I say "herself" and "her" because that's what the book description uses, and that's what other characters in the book use to refer to Kivali, but I do so with reluctance, as it's not entirely clear to me that those are the pronouns Kivali would use if given a choice. Possibly my favorite thing about the book-- if I had to pick a favorite-- is how it deals with Kivali's gender and the subject of gender identity in general. Kivali's world is actually one which is totally okay with transgender people... IF those transgender people fit into a very narrow, limiting vision of what it is to be trans, and what it is to be masculine or feminine. It's not really far off from the way that the real-world medical community -- and following their lead, many of the more "progressive" parts of the community at large -- have treated trans folks in recent decades, which is really only starting to change now (and changing very slowly). If -- like Kivali -- you are boy and girl and both and neither, you are frequently still SOL, in Kivali's world or the real one. This is the first book I've read which I felt really hit at the core of that in a believable way, and -- as someone who is nonbinary myself -- I really appreciated it. It's still incredibly rare to see NB characters at all in fiction and rarer still to see them done -well.-

Anyway. Lizard Radio is probably not the book for everyone, but gosh, I wish everyone would read it anyway. While I don't think it would speak to every reader equally, or in the same way, I think an awful lot of people who might not immediately -relate- to Kivali's story could nonetheless find some ideas in there seriously worth thinking about. And whether or not YA dystopian is normally your thing, as noted, this is a YA dystopian which... really doesn't feel at all like any other YA dystopian I've read. So-- very much worth giving a try, if you're at all interested.

MetaMeta
5.0 out of 5 stars The best genderqueer book. Ever.
1 August 2016 - Published on Amazon.com
Verified Purchase
Finally. A book for us. A book for XX genderqueers, for trans* psychics, for people who live in an otherworld of gender, of thought, of sensation. I cried so many times reading this. Not because of things that happened in the story, but because of tender moments of validation of the genderqueer experience, because the trans person is powerful and complex and vulnerable, and because they live. And thanks to Pat for being a good writer. For making the story weird and interesting and gripping. I want everyone I know to read this book. Thanks for speaking up, thanks for creating a story that mirrors these parts of our lives and experiences. I am so so so grateful.
Read more
3 people found this helpful

J.P.
4.0 out of 5 stars A book that sticks with me
30 July 2016 - Published on Amazon.com
Verified Purchase
Finally, a story with a trans MC that's not about cis hetero feelings. And is not a totally tragic ending. And is scifi. I've been waiting for a story like this.
The lingo definitely makes it hard to get into the story, for me. I didn't find myself able to immerse myself in the story until I got the late teen chapters. Then I said "Screw the lingo, just go with the flow." The author's writing style was a bit weird in many parts for me, but in those tense dramatic parts, they were flawless. The characters became molded and shaped as the story progressed, Kivali included. And it was beautiful to read. I would hope this is continued.

Atom Yang
5.0 out of 5 stars Tune into Lizard Radio!
19 April 2017 - Published on Amazon.com
Verified Purchase
Author Pat Schmatz writes vividly the experiences of young adults, whether they are in a contemporary or dystopian future setting. The use of language in Lizard Radio evokes a society evolved from our own, familiar yet fascinatingly strange, and is evidence of a deeper world building than talking about technology, etc. The focus here is on gender, class, and all the good stuff that's at the heart of provocative speculative fiction. Lizard Radio reads like poetry and leaves a mark just as strongly.

The narrator for the audio book did an excellent job performing this novel and brought to life all the characters with dignity, humor, and verve.

L Dopa
5.0 out of 5 stars Amazing
12 September 2015 - Published on Amazon.com
Verified Purchase
This is a great, fantastic, amazing book. The lingo takes a bit to get used to, but the words get caught in your head. Everything is so sing-songlike and moves like poems yet being prose. And if the great writing wasn't enough, the subject matter is Exactly what I want to read.
As a person in the gender gray area with a strong belief in the supernatural, the mystical and in prophetic radio waves, I understood Kivali deeply. I understood her longing for having a higher purpose, of trying to find where she fit when she really didn't fit anywhere, and finding strength in that rather than succumbing to weakness. Moving to the beat of your own radio is hard, in fiction as Kivali finds, and in real life, as I can attest to. Any trans person would enjoy reading this book, and enjoy reading a character who doesn't exist just to land their book on a trans representation reading list.
It's hard to find the words, but this book gives me hope. Especially because our world isn't like Kivali's - yet. We're just beginning to see the binaries all around us, constricting our society and culture, and as Kivali learns, there's such a thing as being both and neither. And it's a beautiful, amazing thing.


Read more
9 people found this helpful
Go to Amazon.com to see all 15 reviews 4.3 out of 5 stars
Get FREE delivery with Amazon Prime
Prime members enjoy FREE Delivery and exclusive access to movies, TV shows, music, Kindle e-books, Twitch Prime, and more.
> Get Started
Back to top
Get to Know Us
Make Money with Us
Let Us Help You
And don't forget:
© 1996-2020, Amazon.com, Inc. or its affiliates