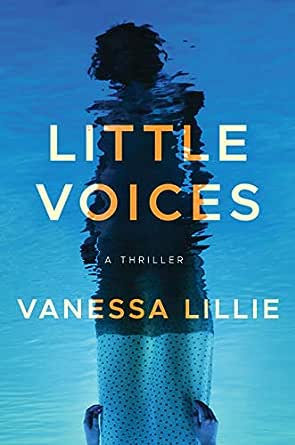 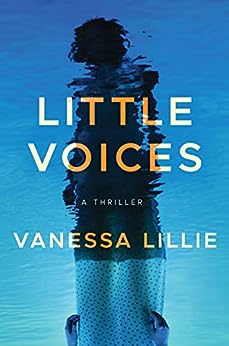 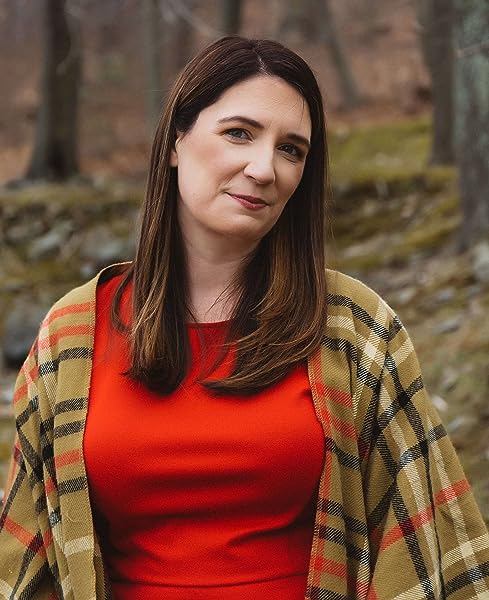 But Devon Burges can’t seem to quiet the voice that says she’s a bad parent, and that if she had died giving birth, maybe, somehow her friend Belina wouldn’t have been murdered. And then she wouldn’t be here, failing at parenting, making a mess of a police investigation, and dredging up old memories that no one wants to discuss.

Author Vanessa Lillie has created a propulsive mystery that is about both a woman’s complicated investigation of her friend’s murder and her sometimes-losing battle with postpartum depression. Devon wants to believe that her internal monologue won’t affect her external actions, but it’s the intersection of these two worlds that makes this one of the most compelling mysteries I’ve read this year.

"Fast paced and psychologically complex, this debut mystery has plenty of twists and turns that will appeal to fans of Gillian Flynn, Paula Hawkins, and Megan Abbott." --Library Journal (starred review)

"Haunting and gripping...[Little Voices] grabs you from the first chapter and takes you on a twisting, turning journey with a surprise ending that will leave you stunned and wanting more." --The Miami News-Record

"With her debut novel Little Voices, Vanessa Lillie has arrived on the American literary scene with a flash of brilliance. Aficionados of mystery, thriller and horror will savor this intricately plotted page-turner that builds to a stunning denouement...[a] treasure of a book...Lovers of good fiction in general also will appreciate Little Voices--Rhode Islanders especially." --Providence Journal

"Little Voices checks all of the boxes of a great thriller, and then some." --Real Simple

"An unsettling mystery with an unreliable narrator who will keep you guessing the whole way through. Little Voices is as haunting as it is gripping." --Liv Constantine, bestselling author of The Last Mrs. Parrish

"Little Voices grabs you from the first chapter and doesn't let go until one shocking final twist. Vanessa Lillie is an author to watch, taking us deep into the world--and mind--of former prosecutor turned struggling new mom Devon Burges as she battles old politics, new money, big fish, and, worst of all, that little voice in her head to help solve the murder of her close friend. Psychological suspense at its best." --Kellye Garrett, Anthony, Agatha, and Lefty award-winning author of Hollywood Homicide

"From the opening chapter to the last line of the book, Vanessa Lillie takes you on a ride you won't be prepared for, but at the same time, won't want to end. Twists, turns, suspects, and small-town motives are around every corner with an ending that will blow you away. One of the best books I've read this year." --Matthew Farrell, bestselling author of What Have You Done

"Vanessa Lillie's Little Voices is my favorite kind of mystery: densely plotted, character rich, and full of sharp and perceptive writing. This is a stunning debut with a gut punch of a twist. You'll be reading all night long." --Jennifer Hillier, author of Jar of Hearts

"Little Voices is an utterly original debut novel with a twist so unexpected I jumped from the last page right back to the first to start reading again." --Victoria Helen Stone, bestselling author of Jane Doe

"Hypnotic and harrowing, Little Voices is psychological suspense at its best. The twisted path of wrongdoing that winds through the novel will keep you on the edge of your seat, but it's the little voices the narrator hears in her head that will haunt you. Vanessa Lillie's exceptional debut took my breath away." --Hilary Davidson, bestselling author of One Small Sacrifice

"Nothing not to love about this awesome, intriguing, exceptionally well-crafted, politico-financial murder thriller, that is not only a page-turner, but a model of how a woman can go through physical and mental wood-chippers, time and time again, and still be the strongest person in the room. Read it." --Shannon Kirk, international bestselling author of Method 15/33, In the Vines, and Gretchen

"I love this book. Complex plot. Sharp narration. Wonderfully deep characters and setting. So, so good!" --Wendy Walker, international-bestselling author of The Night Before and All Is Not Forgotten

"It's not easy to hit me with a twist I don't see coming, but Vanessa Lillie did just that in her smashing debut, Little Voices--a murder mystery, political thriller, and psychological suspense wrapped into one sensational story. Lillie doesn't shy away from big topics--postpartum depression and money laundering and child abuse--deftly weaving the layers into a twisty and surprising plot. A clever and addictive read from a bright new talent." --Kimberly Belle, bestselling author of The Marriage Lie and Dear Wife

"Little Voices is an engrossing, wholly satisfying thriller, complete with complex, morally ambiguous characters, an intricate plot, and clever twists--including one final twist so shocking that I gasped aloud." --Kathleen Barber, author of Are You Sleeping

The voice in her head says he’s guilty. She knows he’s innocent.

Devon Burges is in the throes of a high-risk birth when she learns of her dear friend’s murder. The police quickly name another friend as the chief suspect, but Devon doesn’t buy it—and despite her difficult recovery, she decides to investigate.

Haunted by postpartum problems that manifest as a cruel voice in her head, Devon is barely getting by. Yet her instincts are still sharp, and she’s bent on proving her friend’s innocence.

But as Devon digs into the evidence, the voice in her head grows more insistent, the danger more intense. Each layer is darker, more disturbing, and she’s not sure she—or her baby—can survive what lies at the truth.

Tim Arnold
5.0 out of 5 stars An exciting new voice in psychological thrillers
20 October 2019
Format: Kindle EditionVerified Purchase
I loved this psychological thriller. It’s really a unique plot with the author’s engaging voice and the main character experiencing mental health issues.
A big eye opener.
This story kept me guessing until the end. I got a little emotional with the last few chapters. A must read.
Read more
Helpful
Comment Report abuse

Rachel
TOP 500 REVIEWER
4.0 out of 5 stars Murder mystery
13 September 2019
Format: Kindle EditionVerified Purchase
This book was really good. I liked the main character which helps and it had some good twists to keep you guessing. There were just a few things I found repetitive in the story.
Read more
Helpful
Comment Report abuse

Gerri
4.0 out of 5 stars Good read
28 September 2019
Format: Kindle EditionVerified Purchase
I enjoyed this read took a bit to get into but then the plot was very good
Read more
Helpful
Comment Report abuse

Go to Amazon.com to see all 632 reviews 4.0 out of 5 stars
Get FREE delivery with Amazon Prime
Prime members enjoy FREE Delivery and exclusive access to movies, TV shows, music, Kindle e-books, Twitch Prime, and more.
> Get Started
Back to top
Get to Know Us
Make Money with Us
Let Us Help You
And don't forget:
© 1996-2020, Amazon.com, Inc. or its affiliates