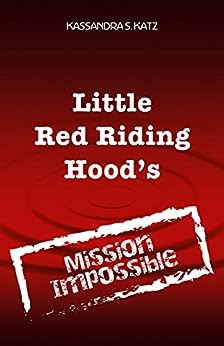 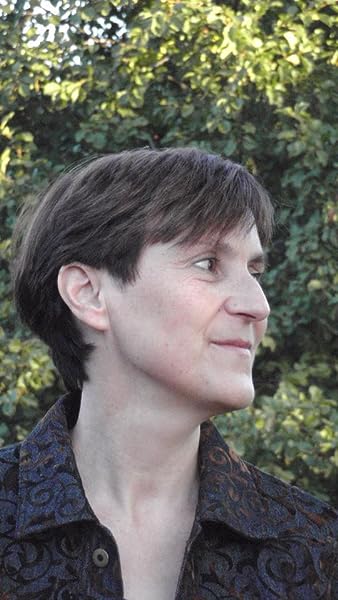 Little Red Riding Hood is in a bad mood, because
a) her name is a disgrace,
b) she toils from dawn to dusk on her father’s farm,
c) her mother is in prison.
To change anything about these dire circumstances seems impossible. Then she meets a True Wolf, and Little Red Riding Hood gets swept up in the struggle against the evil Queen.

The Beginning:
“Get up, Little Red Riding Hood, and feed the chickens!”
I stay in bed. I have no desire to get up, to feed the chickens, to work on Father’s farm any longer, and I am also sick of being called Little Red Riding Hood.
I would rather be a warrior, the best and most feared swordswoman in the whole country. Little Red Riding Hood - avenger of widows and orphans! The glorious fist of justice!
Drat! That stupid name ruins it all.
Zora. That would be a good name, promising swords and adventures.
“Don’t dawdle any longer, Little Red Riding Hood!” Father shouts.
“Coming!” I jump out of bed, get dressed and hurry down the stairs into the kitchen. Father sits at the table, glowering at me.    “Morning,” I murmur and rush out of the door before he starts showering me with insults. Reaching the henhouse, I start my daily work: collecting eggs, raking up the droppings and spreading chicken feed. Actually, I like the chickens, the way they cackle and stumble over one another getting to the grains, as if they hadn’t had anything to eat in ages. It just annoys me that they belong to Father.
“Where are you?” Father calls. “It’s time to milk the cows and drive them out to pasture!”
I walk over to the house, where Father stands in front of the door, waiting for me. I hand him the basket with the eggs. “That’s all?” he asks, frowning.
“I’ve looked everywhere! Really!” I defend myself.
Murmuring something about lazy hens, he hobbles back inside. Like every other morning, I wait for him instead of leaving this place once and for all.
I have tried that.
When he comes back, I follow him to the cowshed, grab the milking stool and the bucket, and begin to work. Everything made of milk is delicious: cream, butter, cheese. Thinking about it makes me hungry, but we have to milk all the cows and stow all the milk churns on the horse cart before I will be allowed to make breakfast.
It has been like this every single day since Mother left. She used to make breakfast and bake bread and pancakes for me. She used to take me in her arms before sending me off to school.
“You’re daydreaming again!” Father shouts. “Hurry up! The milk will turn sour in the udder if you carry on like this!”
“Yes, Father!” I reply and continue to milk.
Finally, Father leaves, heading for the butter churn. I watch him go, wishing he would never return. I wish for this every day, hitherto with no effect; he hasn’t been struck by lightning, neither has he stumbled across cutthroats. No wild animals have shied the horse, overturning the cart and breaking his neck. None of this has happened yet, but I don’t give up hope. I turn around and go back to the house. If the bread isn’t baked and the house cleaned when he returns, he will beat me again.
Milking, mucking out, cleaning, cooking, baking, scrubbing, picking, weeding, harvesting. Work on the farm never ends.

The work isn’t half as bad as eating dinner with Father.
It would be easier to bear if he were mute. I imagine him opening his mouth and not being able to utter a single sound, trying again and again until his face turns as red as fire, until all the mean words lace up his neck and choke him. With this happy thought in my mind, I cut myself a piece of cheese.
“You’re a bad girl, but the hard work will teach you to be obedient. Who knows? If you try hard, I might even find a husband for you one day,” Father says.
“Yes, Father,” I reply and take a big bite.
“You’ll be grateful to me, mark my words.”
“Sure, Father,” I murmur, chewing on.

Kassandra S. Katz was born in 1964 and studied languages and economics. She roved all over the world, worked in many different areas, and eventually became addicted to writing.

She is very happy her name isn't Little Red Riding Hood but Kassandra; she is now working part time in the construction industry, and the bricklayers would never stop teasing her. After a couple of years in such big cities like Cape Town and Barcelona she settled in the countryside, living in an old half-timber house with her cats. To her own dismay she begins to understand Ernest Hemingway who once said that one cat just leads to another.

Glenease Ballinger
5.0 out of 5 stars A lighthearted romp through an old classic.
Reviewed in the United States on 30 December 2015
Verified Purchase
If you are looking for a quick read that delivers a mixed cast of well defined characters that take a a couple of classic tales mixes them together with a compelling twist then this is the book for you.

Meet Little Red Riding Hood, a girl struggling with her stereo cast persona due to having been saddled with a name that she had long out grown. In search of an identity that will allow her to break out of a troubled child hood at the hands of an abusive father she finds a "true" friend in an unlikely character who helps to show her that she is more than her oppressive life had allowed her to be.

With a steady pace and a few twists we see a young girl find the strength she had inside herself all along so that she can evolve and flourish into the hero that she was all along.

Not only can she save her self ,she finds the courage to help another fairy tale heroine rise up and end her own oppression and end the tyranny that has crippled the kingdom.

With injustices righted and wrong do'ers punished and new friendships forged we are left with a story that can stand on it's own or form the back story to more to come.