The Night Villa and over 1.5 million other books are available for Amazon Kindle . Learn more
Share <Embed> 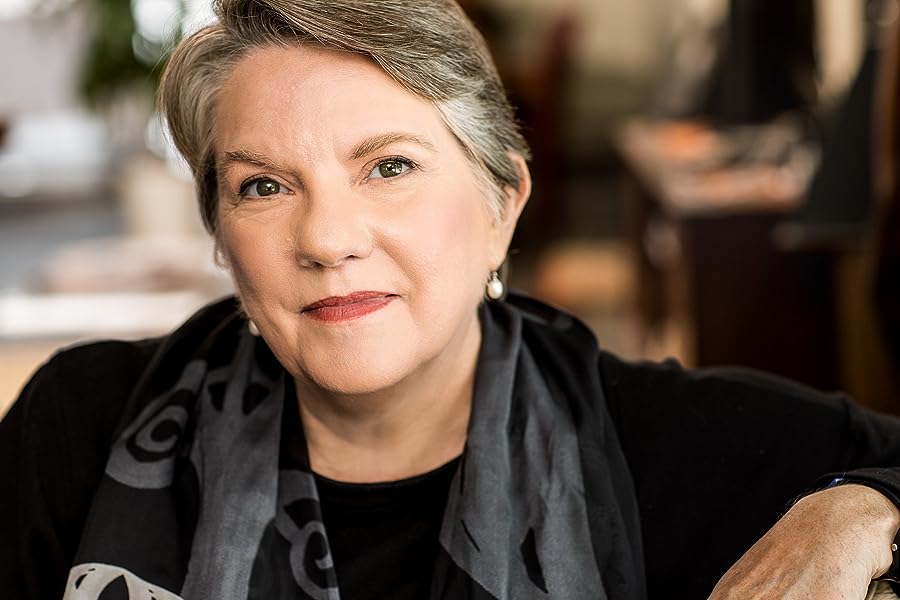 Page 1 of 1 Start overPage 1 of 1
This shopping feature will continue to load items when the Enter key is pressed. In order to navigate out of this carousel please use your heading shortcut key to navigate to the next or previous heading.
Back
Next
Start reading The Night Villa on your Kindle in under a minute.

Brett H
4.0 out of 5 stars Leisurely Pace But A Pleasure to Read
Reviewed in the United Kingdom on 13 May 2013
Verified Purchase
Two recurrent themes in Carol Goodman's books are women in academia and stories set in the present day but with echoes of past times. However, Night Villa does not have the supernatural overtones which are present in some of her other work. Although the themes are repetitive, the plots themselves are quite different and do not have a lot in common.

This particular tale involves an archaeological expedition which is investigating the Villa della Notte, which was covered in lava during the eruption of Vesuvius in 79AD, and which buried the towns of Herculaneum and Pompeii. Using new scientific techniques to read ancient damaged scrolls, the story of a young slave girl and an author of the period are gradually being unravelled and the main characters all eventually identify with and get caught up in the fate of these two people two thousand years earlier. Also involved in the mix is a shadowy, secret organisation who are seeking to recover an important historical document thought to be buried in the villa and Sophie, who is relating the story, finds it increasingly difficult to know who, amongst her colleagues, she is able to trust.

The story is told in the first person, current tense which is a particularly difficult way to write, and can easily end up sounding stilted and awkward. However, the author delivers this style so well that after a few pages it sounds quite natural and the reader does not even think about it.

Like all Carol Goodman's work, this is not, in the main, at all fast moving and proceeds at a rather leisurely pace. However, the writing and in particular the description of people and places is a pleasure to read. I am surprised she does not have more of a following in this country.

MJ Mason
5.0 out of 5 stars Carol Goodman doing what she does best
Reviewed in the United Kingdom on 10 February 2014
Verified Purchase
I enjoyed the Night Villa a great deal - unusual in that most of it is set outside of the US. I read this after Arcadia Falls, and feel CG returned to her forte with this novel.
Read more
Report abuse

Vickie Dyson
5.0 out of 5 stars XMAS PRESENT
Reviewed in the United Kingdom on 13 December 2013
Verified Purchase
As this is an Xmas present and what was requested I am sure it will please the person who is to receive this.
Read more
Report abuse

Kate_loves_books
5.0 out of 5 stars Goodman at her best!
Reviewed in the United Kingdom on 27 July 2010
Verified Purchase
Why did I hold out on this book until it was in papaerback? It's brilliant!

Carol Goodman's books are always enjoyable, but this is one of her best, an intelligent blend of history, myth and mystery. I couldn't put it down, and now I'm more determined than ever to visit Naples and the Roman cities nearby. Which must mean she conveyed both the tenseness and setting of the novel very well!

Jo Watson
5.0 out of 5 stars Book
Reviewed in the United Kingdom on 14 December 2013
Verified Purchase
Having read Pompeii, this book fills in some of the gaps. Excellent Book worth reading if you like Italy. Buy it.
Read more
Report abuse
See all reviews
Get FREE delivery with Amazon Prime
Prime members enjoy FREE Delivery and exclusive access to movies, TV shows, music, Kindle e-books, Twitch Prime, and more.
> Get Started
Back to top
Get to Know Us
Make Money with Us
Let Us Help You
And don't forget:
© 1996-2020, Amazon.com, Inc. or its affiliates