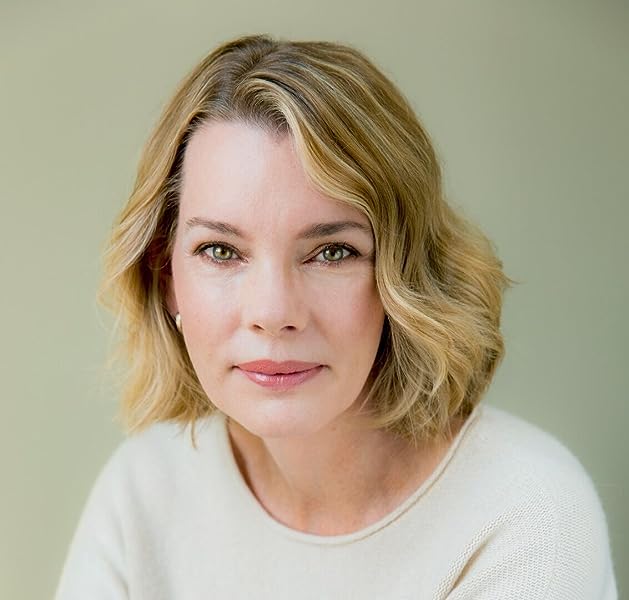 The Lions of Fifth Avenue: A Novel Hardcover – 4 November 2020

by Fiona Davis (Author)
4.3 out of 5 stars 4,844 ratings
See all formats and editions
Sorry, there was a problem loading this page. Try again.

"A page-turner for booklovers everywhere! . . . A story of family ties, their lost dreams, and the redemption that comes fromdiscovering truth."-Adriana Trigiani,bestselling author ofThe Shoemaker's Wife

It's 1913, and on the surface, Laura Lyons couldn't ask for more out of life-her husband is the superintendent of the New York Public Library, allowing their family to live in an apartment within the grand building, and they are blessed with two children. But headstrong, passionate Laura wants more, and when she takes a leap of faith and applies to the Columbia Journalism School, her world is cracked wide open. As her studies take her all over the city, she is drawn to Greenwich Village's new bohemia, where she discovers the Heterodoxy Club-a radical, all-female group in which women are encouraged to loudly share their opinions on suffrage, birth control, and women's rights. Soon, Laura finds herself questioning her traditional role as wife and mother. And when valuable books are stolen back at the library, threatening the home and institution she loves, she's forced to confront her shifting priorities head on . . . and may just lose everything in the process.

Eighty years later, in 1993, Sadie Donovan struggles with the legacy of her grandmother, the famous essayist Laura Lyons, especially after she's wrangled her dream job as a curator at the New York Public Library. But the job quickly becomes a nightmare when rare manuscripts, notes, and books for the exhibit Sadie's running begin disappearing from the library's famous Berg Collection. Determined to save both the exhibit and her career, the typically risk-averse Sadie teams up with a private security expert to uncover the culprit. However, things unexpectedly become personal when the investigation leads Sadie to some unwelcome truths about her own family heritage-truths that shed new light on the biggest tragedy in the library's history.
Read more
Previous page
Next page

Fiona Davis is the nationally bestselling author of The Dollhouse, The Address, The Masterpiece, and The Chelsea Girls. She lives in New York City and is a graduate of the College of William and Mary in Virginia and the Columbia Journalism School.
Start reading The Lions of Fifth Avenue: A Novel on your Kindle in under a minute.

FIONA DAVIS is the New York Times bestselling author of six historical fiction novels set in iconic New York City buildings, including THE MAGNOLIA PALACE, THE ADDRESS, and THE LIONS OF FIFTH AVENUE, which was a Good Morning America book club pick. Her novels have been chosen as “One Book, One Community” reads and her articles have appeared in publications like The Wall Street Journal and the Oprah magazine. She first came to New York as an actress, but fell in love with writing after getting a master's degree at Columbia Journalism School. Her books have been translated into over a dozen languages and she's based in New York City.

4.3 out of 5 stars
4.3 out of 5
4,844 global ratings
How are ratings calculated?
To calculate the overall star rating and percentage breakdown by star, we don’t use a simple average. Instead, our system considers things like how recent a review is and if the reviewer bought the item on Amazon. It also analyses reviews to verify trustworthiness.

Snapdragon
TOP 50 REVIEWER
4.0 out of 5 stars Interesting story of New York Public Library
Reviewed in Australia on 31 October 2020
Verified Purchase
Fiona Davis has done a nice job of telling the story of the library in two timelines. First is the story of Laura and Jack Lyons c1914 and their children Harry and Pearl. Jack is the superintendent of the building while devoting most of his spare time to the writing of a novel. Laura craves a mission of her own and studies journalism at Columbia. It was a time of great foment for the New Woman and many of the concerns these pioneering women had are still current, for example: wouldn’t true equality mean that men share the domestic load and not assume decision making power? The second timeline involves their granddaughter Sadie in the 1990’s. Sadie is a curator of the Berg collection in the library and as she works on a new exhibition she faces a similar set of thefts as happened in her grandparents’ time. She herself is a suspect and must work hard to uncover not only the identity of the real thief but many old mysteries surrounding her family. At times the characterisation of the people involved is a little pedestrian but overall it’s an interesting story of a precious and valuable institution with some good insights into human nature.
Read more
One person found this helpful
Helpful
Report abuse

Carol Denehy
4.0 out of 5 stars A good story let down by true facts
Reviewed in Australia on 11 November 2020
Verified Purchase
I won’t describe the plot as others have. The story is quite captivating but as a real librarian I could poke large holes in the plot. Then I found at the end that the author did her research at a different library. The idea that a librarian 1994 is flitting around consulting a car catalog is silly and just not true for the NY Public Library which had an online computer system for years. Computers are just not in keeping with the tone of the story.
Read more
Helpful
Report abuse

Rebecca Davies
4.0 out of 5 stars New York mystery
Reviewed in Australia on 10 August 2020
Verified Purchase
Another in the series of novels focussed on famous New York buildings. This time the fabulous New York Public Library. The story moves across time zones to bring together strands of a family history closely connected to the Library. Engaging.
Read more
Helpful
Report abuse

Tweedvale Girl Book Reviews
TOP 50 REVIEWER
5.0 out of 5 stars Historical Fiction New York
Reviewed in Australia on 7 August 2020
In 1913, Jack Lyons is the superintendent of the New York Public Library; he lives in an apartment on the top floor of the building with his wife Laura and his children Pearl and Harry. Jack has been writing his first book for ten years and despite living at the library the family struggle to make ends meet. Jacks plan is for him to receive a lucrative deal for his book when it’s finished and solve the family’s money problems.

His wife Laura is smart, she wants more for herself, she applies to study at the Columbia Journalism School and wants to work as a newspaper reporter. She discovers how hard it is to study and spend time with her husband, keep up with the house work and look after her children. She experiences terrible discrimination while studying because she’s a woman, by chance she meets Dr Amelia Potter and she introduces her to the woman’s suffrage movement. Women are fighting for equal rights, to earn their own money and to be able to legally use birth control. Constantly having children stops many women from being able to work, they are stuck living in a cycle of poverty and have to rely on their husband’s wage to feed large families. Laura is torn between two worlds; she loves her husband and children but is it wrong for her to want more out of life? When valuable books start going missing from the library, her husband is the obvious suspect, things start spiraling out of control and the once happy family is torn apart.

In 1993, Sadie Donovan works at the New York Public Library as a curator when a college leaves Sadie is promoted and she’s beyond excited. But her job is under threat when history repeats it's self, precious items start disappearing from the library and she’s considered a prime suspect. Sadie has no choice but to admit her grandfather is Jack Lyons and her grandmother is the famous essayist Laura Lyons and her family’s torrid history with the library. Sadie sets about clearing her name, but it’s not easy as she knows very little about her grandparents and her mother Pearl has just passed away.

I absolutely loved The Lions of Fifth Avenue; it’s a brilliant story that spans eighty years of hidden family history and secrets. In the perfect setting of a beautiful old distinguished building that’s a library full of history, memories, unsolved mysteries, classic books and collections. If only a building could talk, the combination of two strong female main characters plus all the intrigue and drama of precious and priceless treasures and books going missing! The Lions of Fifth Avenue is a book I couldn't stop reading and five big stars from me.

maryquant
3.0 out of 5 stars 2.5 star ⭐️⭐️
Reviewed in the United Kingdom on 11 September 2020
Verified Purchase
I’m at 60% mark on kindle and struggling. I don’t understand the great reviews. I find it boring and the characters lack any real depth.
I’m looking for reasons not to read which is a very bad sign. I will finish it but I’m not relishing the prospect !! Not recommended.

S.W.
5.0 out of 5 stars Marvelous historical fiction!
Reviewed in Canada on 17 August 2020
Verified Purchase
Just finished The Lions of Fifth Avenue. Had heard a lot about it but it was the @bakingbookworm review that clinched it for me.

This is a beautiful story of two women, Laura and Sadie, decades apart whose lives and those of the ones they love are centred on the goings on at the New York Public Library. Both women, particularly Laura, chafe against the societal restrictions placed upon them as women in the home and workplace. Both stories are interesting, especially Laura’s, and the descriptions of the library are gorgeous. The two time periods work very effectively and show the consequences that decisions can have decades later. It is also fascinating to see how the role of women has slowly evolved since the early 1900s to the 1990s.

If you love books, libraries, and well-depicted female characters, this book is for you. Beautifully done.
Read more
One person found this helpful
Report abuse

Eva Liverance
5.0 out of 5 stars Was a really good read
Reviewed in Canada on 29 August 2020
Verified Purchase
This book kept you on the endge of your seat til the very end, enjoyed it very much
Read more
Report abuse

Amazon Customer
5.0 out of 5 stars Ebook
Reviewed in Canada on 9 October 2020
Verified Purchase
Good book
Read more
Report abuse
See all reviews
Back to top
Get to Know Us
Make Money with Us
Let Us Help You
And don't forget:
© 1996-2022, Amazon.com, Inc. or its affiliates