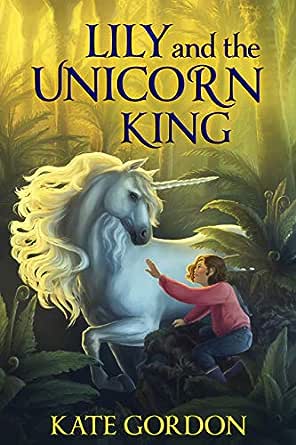 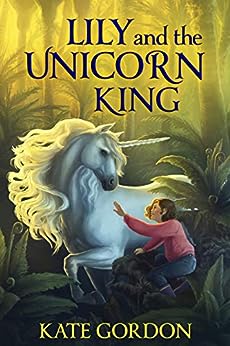 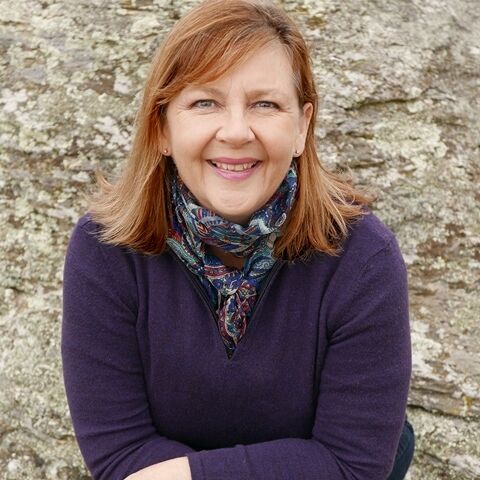 Kate Gordon has created an enchanting world bursting with believable characters, mythical creatures and valiant unicorns. Lily and the Unicorn King is sure to be a hit with anyone who loves pony stories, magic and adventure. Amanda Wills, author of the Riverdale Pony Stories.

Lily and the Unicorn King is a truly splendid and gripping book which put a twist on the usual unicorn book. I have felt really connected with all the characters, making Lily's friends [Chloe and Sasha] feel almost like my friends. The fact that they have to keep their massive secret just makes the story so interesting and full of secrecy. There is simply nothing bad about this book that I could think of. a 9-year-old reader

Kate Gordon spent 90% of her childhood reading books about ponies. The other 10% she spent galloping around the garden on an imaginary horse - until she was able to ride a real pony of her own. Now she's penning fantastical adventure stories about brave friends, ponies and unicorns. Kate is inspired by the magical mountains of Central Otago in New Zealand's South Island where she lives with her husband, three dogs, and two cats. She's currently working on her second book in the Unicorn King series. Kate writes reviews of other horse books, middle grade and for older readers, on her website www.kategordonauthor.com. You can join Kate's readers' list and receive, by return email, the links to download three beautiful illustrations of Ambrosius, the unicorn king, and his unicorn friends. --This text refers to the hardcover edition.

AJM
5.0 out of 5 stars Perfect for anyone who loves pony stories, magic and adventure
Reviewed in the United Kingdom on 22 July 2019
Verified Purchase
Lily and the Unicorn King is a magical middle grade adventure story that sucks you in from the very first page.
Eleven-year-old Lily’s hopes of qualifying for the Pony Club Championships on her pony Rainbow take a back seat when a herd of warrior unicorns show up on her doorstep.
Lily is amazed to discover a close connection with the unicorns’ king, the fearless Ambrosius, and when he asks her to help hide the herd, she doesn’t hesitate in accepting the challenge.
With her two best friends, Chloe and Sasha, Lily leads the unicorns to safety.
But when their rescue plan goes awry, Lily must draw on her Maori heritage to save the unicorns from the evil witch Abellona.
Kate Gordon has created an enchanting world bursting with believable characters, mythical creatures and valiant unicorns.
Lily and the Unicorn King is sure to be a hit with anyone who loves pony stories, magic and adventure.

Linda K
5.0 out of 5 stars Value for money
Reviewed in the United Kingdom on 28 November 2020
Verified Purchase
As expected
Read more
Report abuse

M
5.0 out of 5 stars Fantastic read.
Reviewed in the United States on 13 July 2019
Verified Purchase
In a world full of mean girls and shopping malls, how refreshing it was to read a book where the delightful friendship between Lily, a horse mad twelve-year-old, and her two best friends play out in such an exciting way. Not that I'm saying this book sugar coats the highs and lows of the early teen set, but the writer does a fantastic job of keeping their relationships real and supportive.

Add to this a great cast of co-characters - the grandmother with her healing ways, Lily's parents, who encourage Lily in her independence, the ponies, and last but by no means least, the unicorns. With wonderful names like Sivgard, Mikaela, and Ambrosius, these magnificent creatures are the stars of the show, and what a fantastic show it is.

Well written with action that leaps off the page, Lily and the Unicorn King is a must read for lovers of ponies and unicorns everywhere. The setting springs to life under Ms Gordon's pen, and that cover - amazing. At the back of the book is a link to where you can download free posters of the unicorns, and the artwork is just as impressive as the cover art. What a great idea.

Ms Gordon brings unicorns into the twenty-first century with an imagination that has you wanting to read just one more chapter. So take a chance on Lily. You won't be disappointed.
Read more
3 people found this helpful
Report abuse

Portishead324
1.0 out of 5 stars Beware Parents
Reviewed in the United States on 4 January 2020
Verified Purchase
Beware Parents. This book contains language inappropriate for young children. It is a shame to me that author's like Kate Gordon think that they need to write adult or even blasphemous language into stories for young people. Why?! In the case of this book, the use (misuse) of God's name is especially dreadful. It is a trend in more modern authors, sadly, as if they have a duty to bring children into adulthood with their pollution. Gordon needs to read Lewis or even the more recent Enid Blyton to learn that excellent children's stories can be written with no curse words at all and without ever taking God's name in vain
Read more
One person found this helpful
Report abuse
See all reviews
Get FREE delivery with Amazon Prime
Prime members enjoy FREE Delivery and exclusive access to movies, TV shows, music, Kindle e-books, Twitch Prime, and more.
> Get Started
Back to top
Get to Know Us
Make Money with Us
Let Us Help You
And don't forget:
© 1996-2020, Amazon.com, Inc. or its affiliates