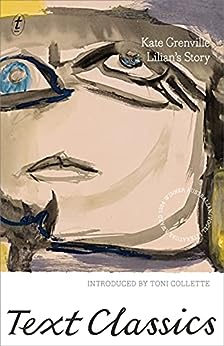 Kate Grenville's debut novel, complete with a special new introduction by Toni Collette, is now available as a Text Classic. A must-read for fans of one of Australia's most prominent writers. --This text refers to the mass_market edition.

Kate Grenville is one of Australia's most celebrated writers. Her international bestseller The Secret River was awarded local and overseas prizes, has been adapted for the stage and as an acclaimed television miniseries, and is now a much-loved classic. Grenville's other novels include Sarah Thornhill, The Lieutenant, Dark Places and the Orange Prize winner The Idea of Perfection. Her most recent books are two works of non-fiction, One Life- My Mother's Story and The Case Against Fragrance, and the bestselling 2020 novel A Room Made of Leaves. She has also written three books about the writing process. In 2017 Grenville was awarded the Australia Council Award for Lifetime Achievement in Literature. She lives in Melbourne. --This text refers to the mass_market edition.