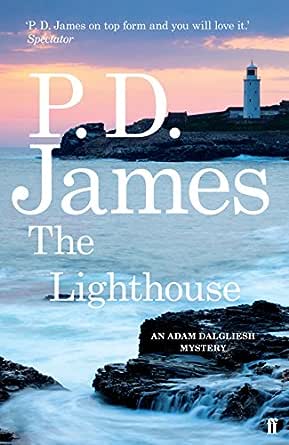 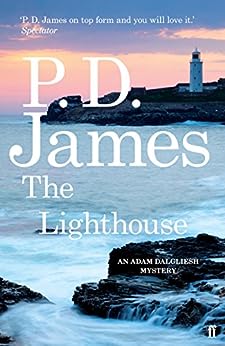 "One of the most compelling books of her remarkable career. . . . A magisterial and subtle exploration of all-too-human emotions."-The Seattle Times"Appealing. . . . Something to gladden hearts-at least among aficionados of the formally perfect murder scheme. . . . Even its murder victim is delectable. . . . The reader . . . secretly thrills to the discovery of each new corpse."-The New York Times"Thrilling. . . . Tantalizing. . . . Intense. . . . The solution to the crime is satisfyingly elegant."-The Boston Herald"James is at the height of her writing powers in describing this craggy bit of rock off England's coast so thoroughly that you can feel the wind against your face and the scrubland brush against your boots. Like Dalgleish and Miskin, you will wish you could return." -The Baltimore Sun"With her trademark blend of subtle characterization, vivid sense of place and deceptively simple plot, James pulls off another triumph. A beautifully written page-turner from the queen of the genre." -Toronto Sun "An elegant and perceptive writer - rich drifts of prose pile up on the page, descriptive passages are Dickensian in length, ornament and power. . . James's many fans will relish The Lighthouse, for all its poise and narrative familiarity." -The Globe and Mail"James's gifts animate and transform the armature into something exceptional. Her disciplined conventions, her observation of social and class niceties, renew the traditional Franco-British drama of domestic crime. She is a very superior writer of detection." -Times Literary Supplement"James has proven that she deserves her reputation as our leading 'literary' crime writer. The Lighthouse confirms that she is also the most enjoyable." -Daily Express

Greggorio!
TOP 50 REVIEWER
4.0 out of 5 stars THE SHINING LIGHT OF JUSTICE!!!
3 March 2014
Format: Kindle EditionVerified Purchase
PD James has always had an extraordinary talent for complex plots, strong characterisation, wonderfully entertaining mysteries with highly suspenseful and entertaining climaxes. Written in a relatively unique writing style, THE LIGHTHOUSE Is a highly valued and welcome addition to one of the most famous crime series in the world.

The world's favourite retired police detective, Adam Dalgleish, is called in to solve the mystery of a murder at an isolated lighthouse. The reader will learn of the complicated love life of the great man himself, the private problems of his co-workers, as well as at least one further corpse before they reach the book's finale.

And what a finale it is. Immensely satisfying, just short of terrifying, THE LIGHTHOUSE is sure to be one of the top reads of the year.

So of course it highly recommended from me.

Nana Mez
TOP 500 REVIEWER
5.0 out of 5 stars Great writing
12 September 2017
Format: Kindle EditionVerified Purchase
P D James writes amazing novels. Have read them all now. Her way with words has me checking the meaning of words I have never heard of - thanks to Kindle dictionaries. It is sad that with her passing there will be no more.
Read more
Helpful
Comment Report abuse

Pat Trewin
5.0 out of 5 stars Love the mood
12 April 2014
Format: Kindle EditionVerified Purchase
The story is a good one and I am familiar with Adam Dalgliesh, the character, through movies and TV. But this novel moved me with its words, used not just to tell the story but to evoke moods. I'll be reading a lot more of P.D. James, if only to enjoy the delicious language. The plot is good too - I found it hard to pick the killer, though the clues were all there, which is great in a crime book.
Read more
One person found this helpful
Helpful
Comment Report abuse

Michael Perkins
4.0 out of 5 stars White-water calling us back to UK
12 April 2014
Format: Kindle EditionVerified Purchase
Seems it is time to re-visit those scenes of times past, look at them again with a new vision, that of the author. Makes me feel I have even met some of the characters, down some of those darkened places.
Read more
Helpful
Comment Report abuse

Clarebear
5.0 out of 5 stars A great mystery by a great writer
28 April 2014
Format: Kindle EditionVerified Purchase
This was my introduction to P.D. James but it was a good one I will definitely read others. Well worth reading.
Read more
Helpful
Comment Report abuse

Penny Moody
3.0 out of 5 stars The Lighthouse
11 June 2014
Format: Kindle EditionVerified Purchase
Eloquent as always her use of the language is a pleasure in itself. The mystery of the plot never quite grabbed and I didn't care that much who done it. But the scenery was nice....
Read more
Helpful
Comment Report abuse
See all 10 customer reviews
Write a customer review

Go to Amazon.com to see all 305 reviews 4.3 out of 5 stars
Get FREE delivery with Amazon Prime
Prime members enjoy FREE Delivery and exclusive access to movies, TV shows, music, Kindle e-books, Twitch Prime, and more.
> Get Started
Back to top
Get to Know Us
Make Money with Us
Let Us Help You
And don't forget:
© 1996-2020, Amazon.com, Inc. or its affiliates