Skip to main content
A Light on the Hill (Cities of Refuge Book #1) and over 1.5 million other books are available for Amazon Kindle . Learn more 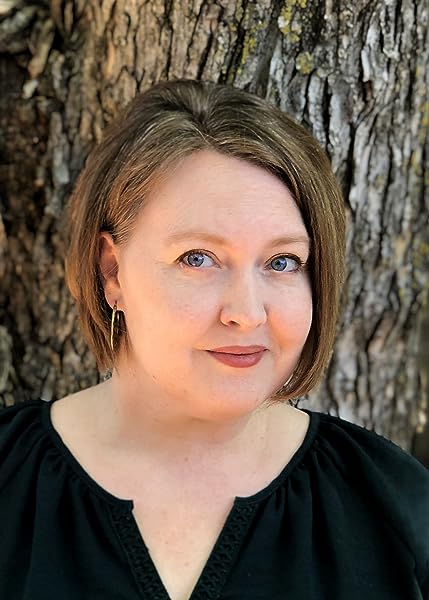 Page 1 of 1 Start overPage 1 of 1
Previous page
Next page
Start reading A Light on the Hill (Cities of Refuge Book #1) on your Kindle in under a minute.

". . . must-reads for fans of Biblical and historical fiction."--RT Book Reviews on the Out from Egypt series

Though Israel has found relative peace, Moriyah has yet to find her own. Attempting to avoid the scorn of her community, she's spent the last seven years hiding behind the veil she wears. Underneath her covering, her face is branded with the mark of the Canaanite gods, a shameful reminder of her past captivity in Jericho and an assurance that no man will ever want to marry her.

When her father finds a widower who needs a mother for his two sons, her hopes rise. But when their introduction goes horribly wrong, Moriyah is forced to flee for her life. Seeking safety at one of the newly established Levitical cities of refuge, she is wildly unprepared for the dangers she will face and the enemies--and unexpected allies--she will encounter on her way.

"Cossette delivers a soul-deep, spirit-stirring adventure set amidst the vivid, awe-inspiring beauty of the Promised Land. . . . The richness and depth of the storytelling beg readers to savor each chapter while the action-packed plot compels page after page. . . . Both the historically fascinating culture of the Levitical cities of refuge and engaging characters that challenge expectations with refreshing diversity and complexity increase the enticement of future series installments and rereads."--RT Book Reviews Top Pick

"Cossette debuts a biblical series that revolves around the Old Testament's Levitical sanctuary cities, set against the backdrop of ancient Israel. Accessible and fluid character-driven storytelling creates a fascinating read that will appeal to fans of Jill Eileen Smith and Angela Hunt and those who prefer their biblical fiction less academic."--Library Journal

"Cossette has an uncanny ability to deep-dive into her characters. I loved the main and secondary characters alike, all with just enough backstory to create a diverse mix of interwoven perspectives. Plot wise, I could not predict anything that happened. Each new turn on the characters' path is unexpected and engaging, making this a page-turner. . . . This book possesses a strong emotional heart, constantly wrestling with faith, forgiveness, acceptance, love, and trust. Cossette's talent in lovingly drawing out characters as well as historical settings is stunning and delightful, making her one of my favorite authors. Recommended!" --Historical Novels Review

Connilyn Cossette (www.connilyncossette.com) is a Christy Award and Carol Award winning author whose books have been found on ECPA and CBA bestseller lists. When she is not engulfed in the happy chaos of homeschooling two teenagers, devouring books whole, or avoiding housework, she can be found digging into the rich ancient world of the Bible to discover gems of grace that point to Jesus and weaving them into an immersive fiction experience. Although she and her husband have lived all over the country in their twenty-plus years of marriage, they currently call a little town south of Dallas, Texas, their home.

4.8 out of 5 stars
4.8 out of 5
269 global ratings
How are ratings calculated?
To calculate the overall star rating and percentage breakdown by star, we don’t use a simple average. Instead, our system considers things like how recent a review is and if the reviewer bought the item on Amazon. It also analyses reviews to verify trustworthiness.

Vicky Dedda
5.0 out of 5 stars A must read
Reviewed in Australia on 13 July 2018
Verified Purchase
Oh how I love Connilyn's books. How I love being transported in to the Old Testament times. Her books enthrall, I cannot put them down, they never just meander along, they are full of excitement, keeping you intrigued and wanting to keep on reading. You fall in love with the characters and although this book is totally stand alone, as are all Connilyn's books you can't wait to read the next one as she brings back in to them characters you have grown to love.
Read more
Helpful
Report abuse

Malcolm Handley
5.0 out of 5 stars So good!
Reviewed in Australia on 17 May 2019
Verified Purchase
I love how this author brings bible times to life!
Read more
Helpful
Report abuse

Fiction Aficionado
TOP 500 REVIEWER
5.0 out of 5 stars Fabulous start to a new series!
Reviewed in Australia on 19 February 2018
If you love Biblical fiction and you haven’t discovered Connilyn Cossette, you’re missing out big time! Having thoroughly wowed me with her Out of Egypt series, she’s taken things one step further with this new series with a story that feels like a whole new genre: Biblical romantic suspense! Not only has she breathed life into a little known aspect of Ancient Israel’s society, but she’s told a captivating romantic suspense story at the same time, as Moriyah travels on foot across a partially conquered Canaan, trying to outpace and avoid the avenger of blood as she makes her way to a city of refuge.

The instruction to set up cities of refuge—cities where a person who has accidentally killed someone may seek refuge from the avenger of blood—is given in Numbers 35, but beyond knowing they existed, I hadn’t really given them much thought. Until now. Through this story, I discovered what a beautiful foreshadowing they are of the refuge we find in Christ. They also highlight the way in which God’s mercy and justice are in constant tension in this life.

As for the characters themselves, we met Moriyah in Wings of the Wind, and although you don’t need to read that story prior to this one, you will know the full story behind the mark that brands her face if you have read it. I loved the integrity of the hero in this story and his capacity to love Moriyah, and I absolutely adored the romantic tension between him and Moriyah throughout the story. If that sounds vague, it’s for a reason—I loved the surprises in the way the story unfolded, particularly in the beginning, which sets up the romantic tension between Moriyah and the hero.

If you enjoy Biblical fiction, historical fiction, romantic suspense, or even just a great story, make sure you acquaint yourself with Connilyn Cossette’s books!

I received a copy of this book from the publisher. This has not influenced the content of my review, which is my honest and unbiased opinion.
Read more
One person found this helpful
Helpful
Report abuse

Rachel
5.0 out of 5 stars Riveting!
Reviewed in Australia on 26 December 2020
Accidentally read this one AFTER #2 but have thoroughly enjoyed the series so far! Can’t wait for #3. I enjoyed the depth of detail and description of life from that time in Biblical history.
Read more
Helpful
Report abuse
See all reviews

Amazon Customer
5.0 out of 5 stars Enjoyed
Reviewed in the United Kingdom on 19 January 2020
Verified Purchase
This book had me on the edge of my seat, I couldn't put it down!
Read more
One person found this helpful
Report abuse

Kindle Customer
4.0 out of 5 stars A great read
Reviewed in the United Kingdom on 5 June 2020
Verified Purchase
This series looks to be as equally good as the author's ' Out of Egypt ' series. Would definitely recommend to any fan of biblical fiction.
Read more
Report abuse

Sharon M.
5.0 out of 5 stars Fantastic read!
Reviewed in the United Kingdom on 28 August 2018
Verified Purchase
Loved this book! As with other books by this author, the plot grips you from the first page and you just have to keep turning those pages!!! Wonderful storyline with great insights to what it must have been like in those days - brings the Bible to life!
Read more
2 people found this helpful
Report abuse

Anon
5.0 out of 5 stars Great holiday read
Reviewed in the United Kingdom on 9 October 2018
Verified Purchase
I really enjoyed this book and also learned something about the "Refuge" cities that I wasn't aware of before. Easy to read and a delightful book.
Read more
Report abuse

Mrs. A
5.0 out of 5 stars Interesting
Reviewed in the United Kingdom on 6 August 2018
Verified Purchase
Great read. Can’t wait for the next instalment
Read more
Report abuse
See all reviews
Back to top
Get to Know Us
Make Money with Us
Let Us Help You
And don't forget:
© 1996-2021, Amazon.com, Inc. or its affiliates