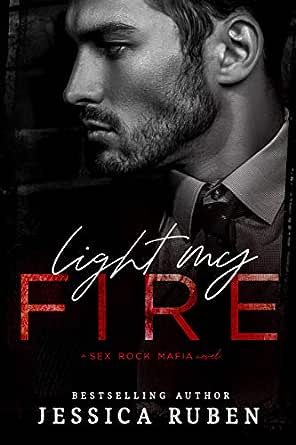 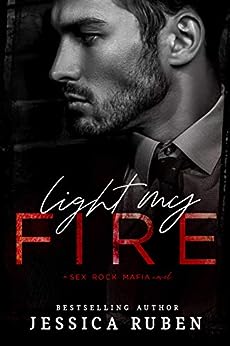 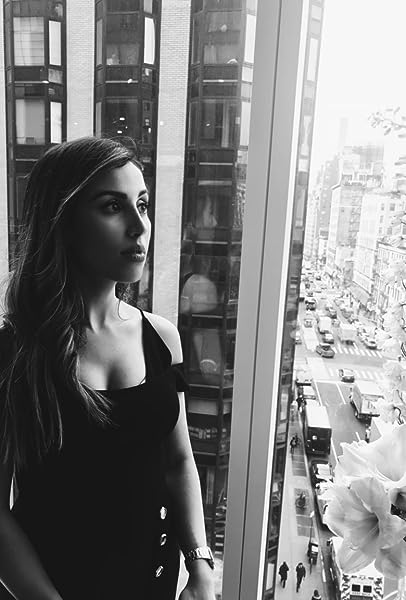 He saved me from war.Fed me when I was in too much pain to eat.
Smuggled me and my family into America when it became too dangerous to stay.
But, Nico didn’t flee with us.While I began elementary school in the United States, he was building the greatest and toughest Mafia of the century.
The Mafia Shqiptare.

After years of nothing but silence, he’s back in my life,
Ready to do whatever it takes to bring me into his universe.
He isn’t leaving until he takes me with him.

Romance between the Sheets
3.0 out of 5 stars Loved Nico so Hot
Reviewed in Australia on 26 January 2020
Format: Kindle EditionVerified Purchase
Great romantic read. Nico had endless love. Slightly weird he knew her from young child but hey still kept me turning the pages. Brother was annoying character and my hunch on his mother’s job and situation proved right at the end.
Read more
Helpful
Comment Report abuse

LH
TOP 500 REVIEWER
5.0 out of 5 stars 🔥Nico & Elira = a deliciously dark romance🔥
Reviewed in Australia on 1 October 2019
Format: Kindle Edition
He was the man she loved with all her heart when she was a child. He helped her family escape to America and then disappeared from their lives. Then after many years of nothing he suddenly appears back in her life. He’s sexy, aggressive and brilliant, he’s a man with violence in his veins, a man who likes power. He’s now the head of the Mafia Shqiptare (Albanian Mafia). And he’s ready for her to be part of his world and become a permanent fixture in his life. She’s torn between her family and the special bond she has with him. He might be dangerous, but he’s part of who she is. “In the ways we are alike, we are perfect matches. And the ways we are different, we complete each other’s lacks. You were made for me.”
Read more
One person found this helpful
Helpful
Comment Report abuse

Beks
5.0 out of 5 stars What a roller coaster of emotions
Reviewed in Australia on 4 February 2020
Format: Kindle Edition
I loved this story! It seemed weird at first but once you get into their past and work into their present, the love and tribulation you experience along side them, makes for an amazing love story filled with adventure and a feeling of meant to be. 5 stars from me and I can’t wait for the rest of the series to keep learning about the other characters that are interwoven
Read more
Helpful
Comment Report abuse
See all reviews from Australia

Julie
5.0 out of 5 stars Fantastic
Reviewed in the United Kingdom on 10 October 2019
Format: Kindle EditionVerified Purchase
Brilliant read but wished there was a little more of an ending as it seemed to just stop and went to epilogue
Read more
2 people found this helpful
Helpful
Sending feedback...
Thank you for your feedback.
Sorry, we failed to record your vote. Please try again
Report abuse

joni
5.0 out of 5 stars Cannot wait for the next book!!!!!
Reviewed in the United Kingdom on 2 November 2019
Verified Purchase
A must read! Couldn’t put it down.
Read more
Helpful
Sending feedback...
Thank you for your feedback.
Sorry, we failed to record your vote. Please try again
Report abuse

Candice
5.0 out of 5 stars Jessica Ruben does it again!!! 💃🏼
Reviewed in the United States on 6 October 2019
Verified Purchase
This book....how do I even begin? If you want a book that you can’t stop reading and is a constant page turner, THIS-IS-IT! Right from the start, the author portrays a setting so deep that you can’t pause to find out what happens next. Not only that, but the Albanaian mafia is not as discussed as say the Italian air Russian mafia’s are, so you are even more intrigued....with that being said, Jessica Ruben truly lets you understand who the main characters are as individuals, what they want, how their minds work and why they...well, I cant just give the book away ;). You need to read this NOW! Enjoy!!!!
Read more
3 people found this helpful
Helpful
Sending feedback...
Thank you for your feedback.
Sorry, we failed to record your vote. Please try again
Report abuse

LeighCourt
5.0 out of 5 stars Twist on a classic trope
Reviewed in the United States on 2 October 2019
Format: Kindle EditionVerified Purchase
Another phenomenal read by Jessica Ruben. It’s a mafia romance, but throws in a culture that I haven’t read much about before. Kudos to Ruben on giving us some diversity and a history lesson. Along with a steamy hot book, of course! A MUST READ!
Read more
One person found this helpful
Helpful
Sending feedback...
Thank you for your feedback.
Sorry, we failed to record your vote. Please try again
Report abuse
Load more international reviews

Martina #lovebooks
5.0 out of 5 stars Holly hell
Reviewed in the United States on 3 December 2019
Format: Kindle EditionVerified Purchase
I need to know what happends next ASAP. I knew I need to read that book just by reading a blurb. WOW great story with great characters. Nico and Elira's love is how you picture love to be, full of trust and freedom. The book is read with ease and I just couldn't put it down. RECOMMEND.
Read more
Helpful
Sending feedback...
Thank you for your feedback.
Sorry, we failed to record your vote. Please try again
Report abuse

Kindle Customer
2.0 out of 5 stars Didn't live up to expectations
Reviewed in the United States on 23 January 2020
Format: Kindle EditionVerified Purchase
This book started out SO strong! The prologue was AMAZINGLY written, immediately grabbing your attention and making you want more. After reading the prologue I was so excited to get into the book... But it's like the prologue and rest of the book were written by 2 completely different authors. I seriously STRUGGLED to finish reading it.. And it was more like a short story than novel in my opinion. It lacked depth and detail.
It had so much potential but just fell short. Disappointed.