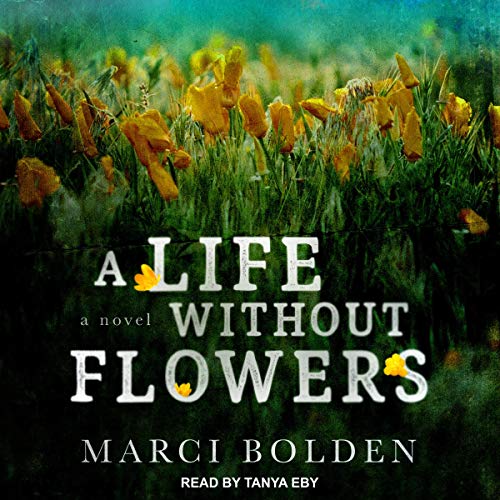 Twenty-four years after losing her daughter in a tragic accident, Carol Denman has finally made peace with Katie's father. But releasing her ex-husband from blame and facing how deeply she held herself responsible were only the first steps in Carol's journey toward peace.

With the pain of her failed first marriage behind her, Carol is determined to mend her broken relationship with her mother. But she soon discovers she isn't the only one who has been hanging on to bitterness. A road trip to face the past leads Carol's mother, Judith, to unearth the seeds of past mistakes and deep resentments in ways neither of them would expect.

The roots of family animosity run deep and thick. While Judith seems hesitant to start digging, Carol commits to pruning away the thorns of the past so she no longer has to live a life without flowers.

4.6 out of 5 stars
4.6 out of 5
1,366 global ratings
How are ratings calculated?
To calculate the overall star rating and percentage breakdown by star, we don’t use a simple average. Instead, our system considers things like how recent a review is and if the reviewer bought the item on Amazon. It also analyses reviews to verify trustworthiness.

Kindle Customer
5.0 out of 5 stars Life
Reviewed in Australia on 16 April 2021
Verified Purchase
Grief can drag you to the lowest This novel made me cry laugh and realise we are here for a short time Enjoy and grab a box of tissues 💞
Read more
Helpful
Report abuse
See all reviews

Debbie
4.0 out of 5 stars Tissues are needed for this ........
Reviewed in the United Kingdom on 21 September 2020
Verified Purchase
Tears and laughter are the best therapy. We find Carol having sold all her worldly goods, keeping only the RV that she and Tobias bought. Her first stop is Florida to see her Aunt Helen and her sister Judith who is Carol's mother. Never close, unsupportive and cold they clash as soon as they meet. It's ingrained, through years of habit. She hears Tobias in her memory telling her to breathe, as the smell of his favorite plants drifts through her memories.

As Carol starts to break down the walls they have both built, she makes small inroads into their pasts, finally starting to understand why. As the past is pulled into the present, Carol, Helen and Judith start a trip across the USA leaving a small quantity of ashes from John and Katie's urns as she continues the road trip Katie never got to take.

The final part is Carol, Helen and Judith handing over the keys to the newly refurbished house that John left her, it had been their marital home, it was also where Katie died. Now called Katie's Place and given to the local hospital as a place for parents and family to stay when visiting a patient in the hospital.

Yes I cried multiple times, so thank you to#PinkSandPress and #NetGalley for the advanced read.
Read more
One person found this helpful
Report abuse

Chrissy78
5.0 out of 5 stars Wow
Reviewed in the United Kingdom on 21 November 2020
Verified Purchase
Oh wow what a story i read her first one life without water, and this book continues the story i read it in 1 sitting i couldnt put it down im so looking forward to the next book life without regrets
Read more
Report abuse

trixi
5.0 out of 5 stars Great story well written
Reviewed in the United Kingdom on 12 July 2021
Verified Purchase
This story touches on all the aspects that grief can bring about and tells you the story of Carol whose lost more than most. Heartfelt and honest a great read would definitely recommend it
Read more
Report abuse

Tina Vickery
5.0 out of 5 stars E xcellent
Reviewed in the United Kingdom on 15 September 2020
Verified Purchase
Loved the first book and this one. Have already pre ordered the last in the series. Be prepared to cry!
Read more
Report abuse

Rosemary Craig
5.0 out of 5 stars 2nd Series book
Reviewed in the United Kingdom on 29 November 2020
Verified Purchase
Excellent reading...a good follow up to A Life Without Water
Read more
Report abuse
See all reviews
Back to top
Get to Know Us
Make Money with Us
Let Us Help You
And don't forget:
© 1996-2022, Amazon.com, Inc. or its affiliates