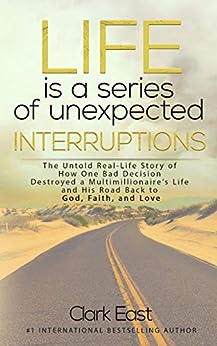 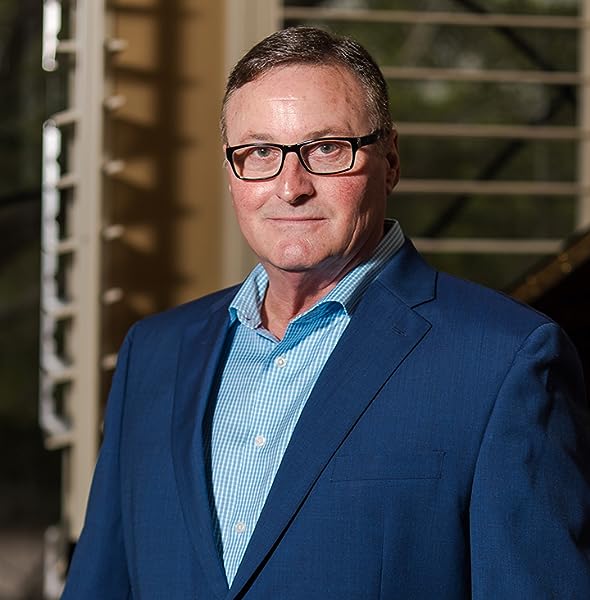 Life is a Series of Unexpected Interruptions: The Untold Real-Life Story of How One Bad Decision Destroyed a Multimillionaire's Life and His Road Back to God, Faith, and Love Kindle Edition

by Clark East (Author) Format: Kindle Edition
See all formats and editions
Sorry, there was a problem loading this page. Try again.
Read more Read less
Previous page
Next page
Due to its large file size, this book may take longer to download

A must read to be uplifted!

"I was thrilled to come across Clark East's new book; it was uplifting, inspiring and very well-written. A must read for any person who feels all is lost because of bad decisions from the past (and haven't we all felt that way at some point?) Well done Mr. East!"

"Having read this it reminded me of when I thought I had lost everything in 2009/2010 and kept fighting back one day at a time through faith and inspiration and never giving up, I can relate to Mr East story....worth the read"

If you have experienced unexpected challenges in life then please read this amazing book.

"This is an excellent read. It is very easy to read and straight to the point. If you have ever or are currently wondering why your life feels out of balance I highly recommend you read this book. I have been extremely blessed to have read this book and it has been instrumental in helping me to set and achieve greater goals. I encourage everyone to read this amazing book."

Clark began his career early, owning a Bar/Restaurant and Limo service at 19 years old. Clark then began his Commercial Real Estate career in 1979 at the age of 22 and then went on to become a successful commercial developer specializing in Retail Shopping Centers spanning Texas, Florida, and North Carolina. Clark developed over 1,000,000 square feet of retail space including not only Shopping Centers, but Apartments, Office buildings and Hotels, exceeding over $100 Million in development. Some of his clients have included Starbucks, CVS, LA Fitness, HomeGoods, GolfSmith, Chipotle, McDonald's, Chili's, Outback Steakhouse, Carrabba's, and Panera Bread. Always the entrepreneur, Clark founded and was the inventor of a technology and associated device -TracFind - it tracks anything, anytime, anywhere and alerts you instantly worldwide. He was awarded his first US Patent in 2015. He also invented a Faith Coin and gives them out on a regular basis to anyone where he feels a connection and need. While originally from Louisiana, Clark's heart is still on the Gulf Coast of Florida where he grew up. Clark loves boating, the beach, and anything around water. He loves spending time with his 4 grandkids and his family. Passionate about family, cooking, creating, and giving back. Clark currently resides in Sugar Land, Texas. --This text refers to the hardcover edition.

Stacie R Sibille
5.0 out of 5 stars I loved this book
Reviewed in the United States on 17 August 2020
Verified Purchase
I enjoyed this book, even though I have not been in this situation, it is very inspiring and realized each of us has our own Unexpected Interruptions in Life!
Read more
Report abuse

Marie Price
2.0 out of 5 stars Needed a proof reader
Reviewed in the United States on 4 October 2021
Verified Purchase
I bought this book looking forward to reading it but as a reader all my life I had a hard time with it as the punctuation was terrible and the phrases repeated over and over again throughout the book interrupted the flow for me. I applaud the intent though to encourage people that have had such a devastating occurrence in their life. I would encourage a through review before any more are printed.
Read more
Report abuse

Charlotte Orttel
5.0 out of 5 stars A must read to be uplifted!
Reviewed in the United States on 17 August 2020
Verified Purchase
I was thrilled to come across Clark East’s new book; it was uplifting, inspiring and very well-written. A must read for any person who feels all is lost because of bad decisions from the past (and haven’t we all felt that way at some point?) Well done Mr. East!
Read more
Report abuse

dean haws
5.0 out of 5 stars Worth the Read
Reviewed in the United States on 21 August 2020
Verified Purchase
Having read this it reminded me of when i thought i had lost everything in 2009/2010 and kept fighting back one day at a time through faith and inspiration and never giving up,i can relate to Mr East story....worth the read
Read more
Report abuse

Amazon Customer
5.0 out of 5 stars Loved the book
Reviewed in the United States on 16 August 2020
Verified Purchase
Such an inspirational story!
Read more
Report abuse
See all reviews
Back to top
Get to Know Us
Make Money with Us
Let Us Help You
And don't forget:
© 1996-2021, Amazon.com, Inc. or its affiliates