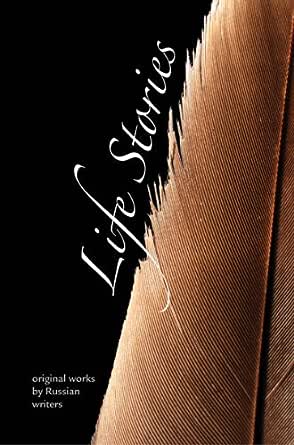 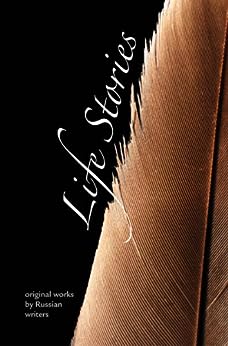 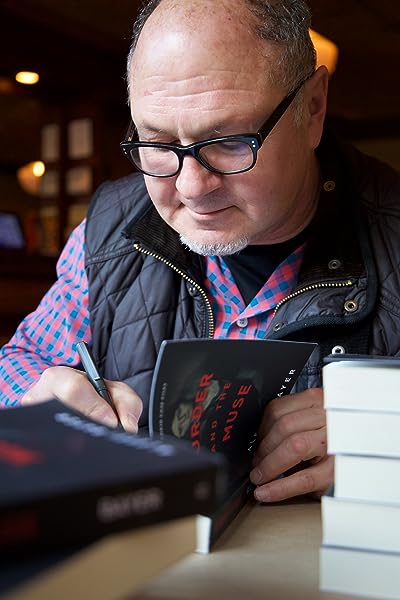 Only once in a great while does such a rich collection of stories appear -- so many voices, moods, temperaments, takes. Life Stories lives up to its title: it's a life-enhancing compendium, full of variety and color, humor, sadness, and -- in the best Russian tradition -- wisdom. --Jay Parini, author of The Last Station --This text refers to the paperback edition.

E.P. Clark
5.0 out of 5 stars Worthwhile Sampling of Contemporary Russian Literature
Reviewed in the United States on 25 August 2019
Verified Purchase
If you're curious about contemporary Russian literature, but don't know where to look or what authors to read, "Life Stories" is a good place to start. It's a collection of short stories and novellas by big names in contemporary Russian literature--Lyudmila Petrushevskaya, Zahar Prilepin, Vladimir Makanin, Dina Rubina--and less-known but still worthy authors, as well as celebrity cameos by Boris Grebenshchikov and Eduard Limonov.

Western readers will probably find some aspects of the stories strange and unfamiliar, and I'm not talking about those super-scary Russian names. There's a lot of absurdism and bizarre, surreal writing here, as well as different cultural sensibilities. There's not a lot of gore here, but there is some pretty brutal social violence. One of the most striking things about modern Russian literature is the depiction of women. While nineteenth-century Russian authors often depicted complex but sympathetic young women (Tatyana Larina, Aglaya Yepanchina, Anna Karenina), and Soviet writers often depicted bold and sympathetic heroines, many modern male Russian authors seem to be lashing out at society by lashing out, subtly or not so subtly, at their female characters. There's something Gogolian about it, but not necessarily attractive.

That being said, there are some real standout works here, by male as well as female authors. "Grandmother, Wasps, Watermelon" by Zahar Prilepin is particularly worth reading, as is "Fog" by Dina Rubina. There's enough variety here for readers of various stripes to find something they'll enjoy, as well as giving readers a taste of lots of different aspects of contemporary Russian letters.

Reader in Tokyo
3.0 out of 5 stars For a Good Cause
Reviewed in the United States on 16 January 2010
Verified Purchase
This book was published in 2009 and contained 19 selections by as many writers. All proceeds from original sales of the book were intended to benefit the 15-year-old First Moscow Hospice and the Vera Hospice Charity Fund; the authors and translators donated their work to the collection. This book was the English-language version of an anthology published earlier in Russian.

There were 15 short stories, 2 excerpts from novels, and 2 essays. The authors were a mix of older and younger, prominent and lesser known. The oldest were established writers Vladimir Voinovich (1932-), Vladimir Makanin (1937-) and Lyudmila Petrushevskaya (1938-). The youngest were Sergei Lukyanenko (1968-), author of the Nightwatch series and described as one of Russia's leading SF writers, Dunya Smirnoya (1969-) and Zakhar Prilepin (1975-). Others included Eduard Limonov (1943-), Victor Yerofeev (1947-), the rock musician Boris Grebenshchikov (1952-), Dina Rubina (1953-), Vladimir Sorokin (1955-), Victor Pelevin (1962-) and Yevgeny Grishkovets (1967-). Of all the writers, four were women. Lyudmila Ulitskaya, like Voinovich a trustee of the charity fund, provided a very brief introduction. Most of the stories were undated, but many seemed to have been written within the past few years.

For me, the most memorable work was Pelevin's "Ontology of Childhood," an essay on how the world felt to a child that revealed slowly the location wasn't a typical home. A tale by Marina Moskvina, "Trash Can for the Diamona Sutra," introduced Eastern mystical elements into a story about a long-suffering Russian woman. A piece by Alexander Kabakov, "Shelter," showed an aging, rich man trying to turn away from materialism to God, and Lukyanenko's piece, set on another world, seemed to be about the heartlessness of human beings. Prilepin's work blended memories of his childhood and an awareness of passing time. The piece by Grishkovets was interesting as an example of an uncharacteristically happy Russian story.

The rest of the stories, which could be called variable, were useful to find out what older writers were writing and as an introduction to a few others. Limonov's story showed a man unable to stop contemplating himself even at his mother's funeral. The long tale by Rubina was set in northern Israel -- concerning an honor killing by an Arab, as investigated by a Russian-Israeli detective -- and its inclusion in the collection puzzled me. In any case, the works in the book were intended to serve a good cause.

KOS
5.0 out of 5 stars Five Stars
Reviewed in the United States on 2 October 2017
Verified Purchase
exactly what i wished to get
Read more
Report abuse

Dany
4.0 out of 5 stars There are nothing from Dmitry Bykov
Reviewed in the United States on 10 October 2015
Verified Purchase
There are nothing from Dmitry Bykov in kindle version of this book, so description is partly wrong. Some translation is very controversially but I like novels by Pelevin and Grebenshikov.
Read more
2 people found this helpful
Report abuse
See all reviews
Get FREE delivery with Amazon Prime
Prime members enjoy FREE Delivery and exclusive access to movies, TV shows, music, Kindle e-books, Twitch Prime, and more.
> Get Started
Back to top
Get to Know Us
Make Money with Us
Let Us Help You
And don't forget:
© 1996-2020, Amazon.com, Inc. or its affiliates