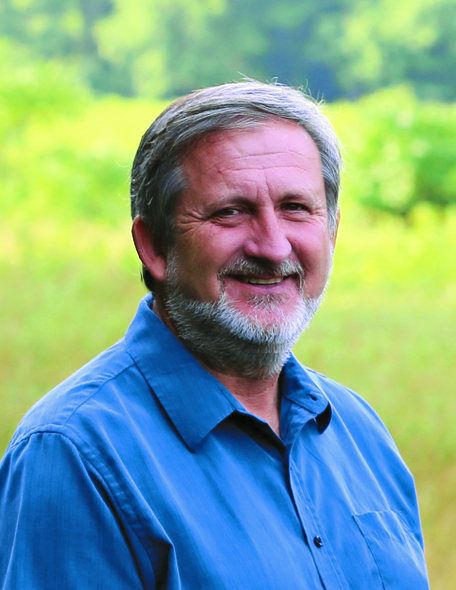 From its first edition, Life has set the standard for experiment-based introductory biology texts. There is no stronger textbook for helping students understand not just what we know (scientific facts), but how we know it (the experimental process that leads to their discovery). The new edition of Life builds upon this tradition, teaching fundamental concepts and showcasing significant research while responding to changes in biology education...
- PEDAGOGICALLY, with features that match the way students learn today, including chapter opening stories, art with balloon captions, and new Learning Objectives
- SCIENTIFICALLY, with a wealth of important new research throughout (see Table of Contents for highlights)
- TECHNOLOGICALLY, with instant access QR codes printed in the text, new interactive features (media clips, chapter summaries, a flashcard app), and a dramatically enhanced BioPortal, with the adaptive quizzing system, LearningCurve
- QUANTIFIABLY, with completely revised assessment resources and new ways of measuring students' progress

David E. Sadava is the Pritzker Family Foundation Professor of Biology, Emeritus, at the Keck Science Center of Claremont McKenna, Pitzer, and Scripps, three of The Claremont Colleges. In addition, he is Adjunct Professor of Cancer Cell Biology at the City of Hope Medical Center. Twice winner of the Huntoon Award for superior teaching, Dr. Sadava has taught courses on introductory biology, biotechnology, biochemistry, cell biology, molecular biology, plant biology, and cancer biology. In addition to Life: The Science of Biology, he is the author or coauthor of books on cell biology and on plants, genes, and crop biotechnology. His research has resulted in many papers coauthored with his students, on topics ranging from plant biochemistry to pharmacology of narcotic analgesics to human genetic diseases. For the past 15 years, he has investigated multi-drug resistance in human small-cell lung carcinoma cells with a view to understanding and overcoming this clinical challenge. At the City of Hope, his current work focuses on new anti-cancer agents from plants.David M. Hillis is the Alfred W. Roark Centennial Professor in Integrative Biology at the University of Texas at Austin, where he also has directed the Center for Computational Biology and Bioinformatics and the School of Biological Sciences. Dr. Hillis has taught courses in introductory biology, genetics, evolution, systematics, and biodiversity. He has been elected to the National Academy of Sciences and the American Academy of Arts and Sciences, awarded a John D. and Catherine T. MacArthur Fellowship, and has served as President of the Society for the Study of Evolution and of the Society of Systematic Biologists. He served on the National Research Council committee that wrote the report BIO 2010: Transforming Undergraduate Biology Education for Research Biologists, and currently serves on the Executive Committee of the National Academies Scientific Teaching Alliance. His research interests span much of evolutionary biology, including experimental studies of evolving viruses, empirical studies of natural molecular evolution, applications of phylogenetics, analyses of biodiversity, and evolutionary modeling. He is particularly interested in teaching and research about the practical applications of evolutionary biology. H. Craig Helleris the Lorry I. Lokey/Business Wire Professor in Biological Sciences and Human Biology at Stanford University. He has taught in the core biology courses at Stanford since 1972 and served as Director of the Program in Human Biology, Chairman of the Biolo-gical Sciences Department, and Associate Dean of Research. Dr. Heller is a fellow of the American Association for the Advancement of Science and a recipient of the Walter J. Gores Award for excellence in teaching and the Kenneth Cuthberson Award for Exceptional Service to Stanford University. His research is on the neurobiology of sleep and circadian rhythms, mammalian hibernation, the regulation of body temperature, the physiology of human performance, and the neurobiology of learning. He has done research on a huge variety of animals and physiolo-gical problems, including from sleeping kangaroo rats, diving seals, hibernating bears, photo-periodic hamsters, and exercising athletes. Dr. Heller has extended his enthusiasm for promoting active learning via the development of a two-year curriculum in human biology for the middle grades, through the production of Virtual Labs interactive computer-based modules to teach physiology.
May Berenbaum is the Swanlund Professor and Head of the Department of Entomology at the University of Illinois at Urbana-Champaign. She has taught courses in introductory animal biology, entomology, insect ecology and chemical ecology and has received awards at the regional and national levels teaching from the Entomological Society of America. A fellow of the National Academy of Sciences, the American Academy of Arts and Sciences, and the American Philosophical Society, she served as President of the American Institute for Biological Sciences in 2009 and currently serves on the Board of Directors of AAAS. Her research addresses insect-plant coevolution from molecular mechanisms of detoxification to impacts of herbivory on community structure. Concerned with the practical application of ecological and evolutionary principles, she has examined impacts of genetic engineering, global climate change, and invasive species on natural and agricultural ecosystems. In recognition of her work, she received the 2011 Tyler Prize for Environmental Achievement. Devoted to fostering science literacy, she has published numerous articles and five books on insects for the general public."

Hillis is recipient of a John D. and Catherine T. MacArthur Fellowship, and has been elected to the American Academy of Arts and Sciences and to the U.S. National Academy of Sciences in recognition of his work in the field of molecular evolution. He has served as President of the Society for the Study of Evolution and as President of the Society of Systematic Biologists. His publications include more than 200 scientific research papers and books on evolution and biodiversity.

Curriculum reform in the biological sciences is another of Hillis’s passions. He served on the National Research Council’s Committee of Biology Education and co-authored that committee’s influential report, BIO2010: Transforming Undergraduate Education for Future Research Biologists. He has also co-authored popular textbooks in biology, including Molecular Systematics (now in its 2nd edition), Life: The Science of Biology (now in its 12th edition), and most recently, Principles of Life (now in its 3rd edition).

4.3 out of 5 stars
4.3 out of 5
120 global ratings
How are ratings calculated?
To calculate the overall star rating and percentage breakdown by star, we don’t use a simple average. Instead, our system considers things like how recent a review is and if the reviewer bought the item on Amazon. It also analyses reviews to verify trustworthiness.

Cotriscau David
5.0 out of 5 stars Very satisfied
Reviewed in the United Kingdom on 10 October 2020
Verified Purchase
It was almost brand new, hard to notice it was used. Delivery was on time
Read more
Report abuse

Nomen Clature
4.0 out of 5 stars Super Delivery Terrible Book
Reviewed in the United States on 9 October 2019
Verified Purchase
As far as the sale, price, delivery, and condition of book, it was excellent. I would buy from this vendor again.

As far as the book, I can't give it a score low enough. The book is loose leaf and the pages are thin and cheap. The writing is dense and poorly written. This is not a book for students learning biology as an undergraduate student at college. The concepts are poorly organized and the explanations are completely confusing. The only redeeming quality is the illustrations. If you are taking a class that uses this book, heed my warning. Don't take the class or consider a different school.
Read more
Report abuse

Katy
4.0 out of 5 stars Easy to follow and full of useful information!
Reviewed in the United States on 2 October 2016
Verified Purchase
The pictures and the diagrams are really nice in this textbook. The layout is also nice and easy to follow. There is a ton of information so pair it with the study guide and you'll be able to do great! I got the loose leaf version so it was easier for me to carry a few chapters around at a time rather than the whole thing.
Read more
2 people found this helpful
Report abuse

Jaelyn Scherer
3.0 out of 5 stars Cheap college book!
Reviewed in the United States on 22 August 2018
Verified Purchase
A little more used than I thought it was gonna be, but it’s a book I needed for college for a super low price!
Read more
Report abuse
See all reviews