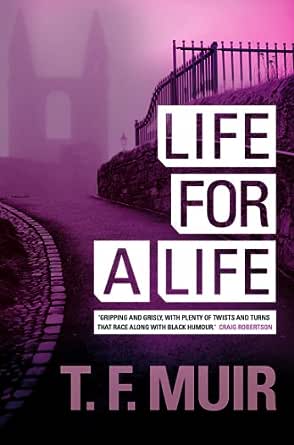 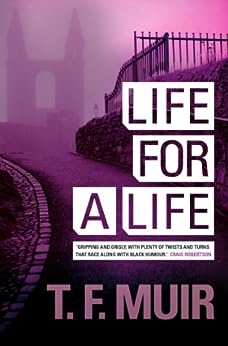 Will DCI Andy Gilchrist end up like the others - dead, beheaded on a beach?

The middle of winter in St Andrews. When a young woman's half-naked body is found on Fife's coastal path, frozen and with the remnants of a rope manacle around her wrist, Gilchrist is given the case.

His investigation uncovers a bloody trail of shootings and executions that lead him to the heart of a trafficking war. Links to Scotland's foremost criminal family, the Home Office and a killer intent on expanding his territory pull Gilchrist deeper into this murderous web until he comes face to face with the most dangerous man he has ever met.

'Everything I look for in a crime novel.' Louise Welsh

'Rebus did it for Edinburgh. Laidlaw did it for Glasgow. Gilchrist might just be the bloke to put St Andrews on the crime fiction map.' Daily Record

'St Andrews has long been crying out for its own crime series: top man Frank Muir, for providing it, with work that's as mysterious as the place itself.' Quintin Jardine

Born in Glasgow and now a dual UK/US citizen, T.F. Muir is the author of the DCI Andy Gilchrist series - the first of which, Eye For An Eye, won the Pitlochry Award for the best crime novel by an unpublished writer, and the second, Hand For A Hand, continues to garner great reviews.He is now working on his next Gilchrist novel, another story suffused with dark alleyways, cobbled streets and all things gruesome. --This text refers to the paperback edition.
Read more