Skip to main content
The Lies You Told and over 1.5 million other books are available for Amazon Kindle . Learn more
Share <Embed> 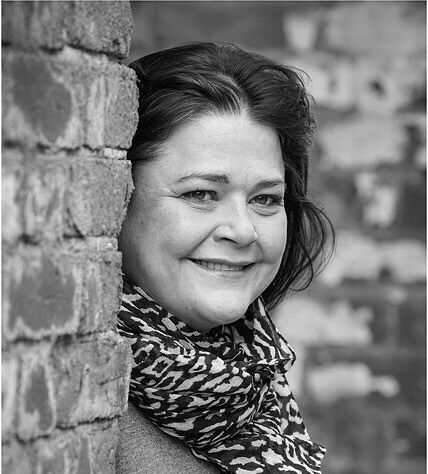 Page 1 of 1 Start overPage 1 of 1
Previous page
Next page
Start reading The Lies You Told on your Kindle in under a minute.

HARRIET TYCE grew up in Edinburgh. She studied English at Oxford University and Law at City University before working as a criminal barrister for nearly a decade. She lives in London. Blood Orange is her debut novel.

4.1 out of 5 stars
4.1 out of 5
1,415 global ratings
How are ratings calculated?
To calculate the overall star rating and percentage breakdown by star, we don’t use a simple average. Instead, our system considers things like how recent a review is and if the reviewer bought the item on Amazon. It also analyses reviews to verify trustworthiness.

Shelleyrae
3.0 out of 5 stars Mixed feelings
Reviewed in Australia on 6 December 2020
While The Lies You Told has some strong and thrilling elements, I have mixed feelings about the story as a whole. Another reader may feel differently.
Read more
Helpful
Report abuse
See all reviews

Franco
2.0 out of 5 stars What a let down.
Reviewed in the United Kingdom on 14 August 2020
Verified Purchase
I can't understand the glowing reviews for this book, what a complete let down after Blood Orange which was good. Nothing happened in the story line except for the continuously ridiculous scenario with mothers at the school gates bullying each other. How many times was the main character near to fighting back but just didn't and how many times did she and her daughter have pizza for dinner? A lot of repetitions and not much else. I am annoyed that I paid money for this.
Read more
16 people found this helpful
Report abuse

linda shaw
1.0 out of 5 stars very disappointing
Reviewed in the United Kingdom on 10 August 2020
Verified Purchase
I absolutely loved Blood Orange. Its hard to believe this is from the same author. I dont want to spoil the storyline with specifics but many parts of the storyline were unbelievable and ridiculous. The remainder was utterly boring. Very disappointing follow up to a brilliant debut
Read more
11 people found this helpful
Report abuse

Clare Empson
5.0 out of 5 stars wow incredible follow up!
Reviewed in the United Kingdom on 26 July 2020
Verified Purchase
I loved Harriet Tyce's first novel Blood Orange and was keen to read The Lies You Told. Wow basically. I bought it in the morning and couldn't put it down until I'd finished it the same night. That's how good it is. It tells the story of a newly single mum who enrols her daughter at a highly competitive toxic London school. The pushy school gate mums are the worst of their kind and captured brilliantly. All the same ingredients are here - fantastic writing, a gripping plot and characters whose lives you become completely immersed in. Couldn't recommend it more.
Read more
7 people found this helpful
Report abuse

Kay W
5.0 out of 5 stars ***MUST READ THRILLER ***
Reviewed in the United Kingdom on 27 July 2020
Verified Purchase
I was excited for this release after reading Blood Orange it's remained in my top 5 for 2020 upto now and I have no doubt it will stay there.

Harriet's style of writing is perfection in building suspense. Not giving too much away, but just enough to keep you reading and not sleeping. I love it, I spend so much time questioning why, whats that, when was this that the reading is mind filling and stopping after a chapter proves difficult.

A brilliant story of Sadie and her daughter Robin and the return to Sadies childhood home after fleeing America.

Absolutely epic story, you never know anything until towards the end and even then it's this or that. I literally said wow out loud when I found out what happened.

Amazing book, a must read and it's high up in my top 5 along with Blood Orange.

Mrs S J Sansom
5.0 out of 5 stars A tense, oppressive, psychological thriller
Reviewed in the United Kingdom on 12 August 2020
Verified Purchase
I read Blood Orange by Harriet Tyce almost as soon as it was released, so I was delighted when Amazon politely tipped me off to the publication of her second book, The Lies You Told. It went straight into my Kindle library, and I devoured it in five sittings. True to form, this is a dark, twisted psychological thriller that’ll have your skin tingling with disquietude from the first page to the last.

The Lies You Told is an intelligent, dark psychological thriller that will grasp you unapologetically by the eyeballs from the first page to the last. Two main stories propel you forwards with startling compulsion; the nails-down-a-chalkboard school gates events will keep you on edge through out the book, whilst the moral outrage of the courtroom drama unfolds in parallel. There’s no let-up to the suspense between these two narratives, as the question about Andrew and what really happened between him and Sadie fills every last pocket of fresh air.

Harriet Tyce has written yet another complex, discomfiting domestic thriller whose acutely-observed and relatable characters draw you in, whilst the gloriously omnipresent sense of menace keeps you unnerved and on edge. The book is split into two parts. Part one is tense and oppressive, punctuated by short flash-chapters redolent of a fever-dream; confused and confusing. Part two delivers the shocks - the story you thought you had a firm grasp of in part one suddenly twists out of your grasp, with a chilling finale that brings to mind the quote: “keep your fiends close …”

In her acknowledgements at the end of the book the author refers to this as the ‘difficult second novel’. Admittedly she set the bar extremely high with Blood Orange, but she needn’t have worried, The Lies You Told will be the must-read psych-thriller of the month, if not the year.
Read more
3 people found this helpful
Report abuse
See all reviews
Back to top
Get to Know Us
Make Money with Us
Let Us Help You
And don't forget:
© 1996-2021, Amazon.com, Inc. or its affiliates