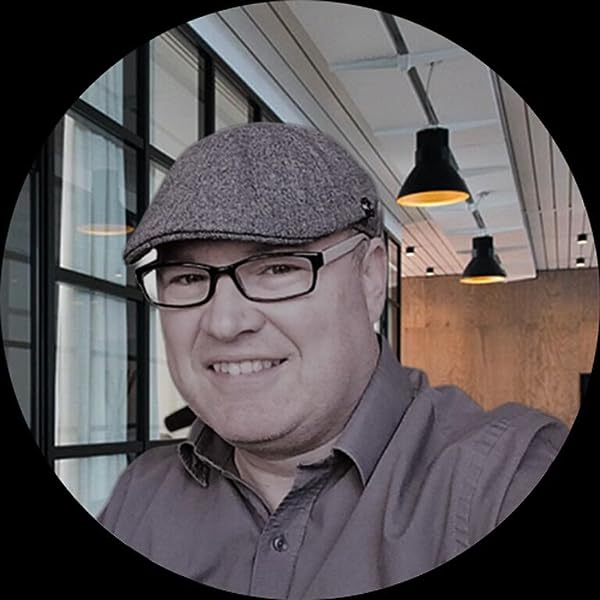 by Liam Hanson (Author)
4.7 out of 5 stars 12 ratings
See all formats and editions
Sorry, there was a problem loading this page. Try again.

I love books
4.0 out of 5 stars Murder Squad 1
Reviewed in Australia on 11 October 2019
This is a debut Police Procedural/ Thriller by Liam Hanson.

Fishy and Onion are tasked with hiding a gun by a big time criminal Billy Creed. What should have been a simple task sets in motion a string of events that will affect many people. Fishy is mentally challenged and when he runs into a bloody corpse he finds himself suspected of murder along with Onion. DCI Reece would have realised the luckless pair were incapable of planning and carrying out a brutal murder but he has been put on gardening leave. With Adams in charge of the case the team are running around and getting nowhere.

Reece is not the most patient of men and he recently witnessed the murder of his wife. However, he is a brilliant detective albeit with his own unorthodox methods. Jenkins is his sidekick and has her own personal problems including domestic abuse. The other characters are all realistic and develop over the course of the story.

The story itself is intriguing with skeletons escaping their closets, corruption and personality clashes all playing their part.

This is a good thriller that moves along at a steadily increasing pace that I really enjoyed reading. I look forward to more from this author.
Read more
Helpful
Report abuse
See all reviews

pencoch
5.0 out of 5 stars A welsh based murder mystery
Reviewed in the United Kingdom on 25 October 2019
Verified Purchase
A gritty murder mystery set against the backdrop of Cardiff and the Brecon Beacons. The story was fast paced taking us past the various land marks of the capital whilst introducing us to various complex characters who developed their own stories as the plot unfolded. I look forward to reading the next Murder Squad thriller and learning more about Bran Reece and Elan Jenkins.
Read more
3 people found this helpful
Report abuse

Driz
5.0 out of 5 stars Uniquely shocking and witty!
Reviewed in the United Kingdom on 16 October 2019
Verified Purchase
This is an excellent, fast-paced, crime mystery that keeps you on your toes. Often, the author gets us comfortable with a genre we’re familiar with, then hits us with something new. And that's without the twists and turns. The characters are wonderfully drawn and you can hear the music in their Welsh accents. The plot struck me as quite unique; a rare thing these days, and the writing is both witty and shocking. Don’t let this debut novel pass you by! A great read and I look forward to the rest of the series!
Read more
3 people found this helpful
Report abuse

Lisa
5.0 out of 5 stars Best read of the year !
Reviewed in the United Kingdom on 30 November 2020
Verified Purchase
Thoroughly enjoyed this read from beginning to end. I couldn't put it down! Had me gripped right from the start. Hopefully there will be a series. Can't wait!
Read more
3 people found this helpful
Report abuse

Amazon Customer
5.0 out of 5 stars Lies people tell
Reviewed in the United Kingdom on 24 November 2020
Verified Purchase
Interest piqued for this newfound author to this genre as set in my hometown. Love the style of writing and pace, I feel we have only scratched the surface of the protagonist in this collection...eagerly anticipate the next installment
Read more
2 people found this helpful
Report abuse

John
4.0 out of 5 stars Good read
Reviewed in the United Kingdom on 29 December 2020
Verified Purchase
This book kept me engrossed to the end. Well written great decsriptive writing, could visualise the characters and scenes as you read them. it is the first book and I am confident that next book will be even better and I look forward to reading them.!! Will order 'Dead People Sleep ' ASAP.
Read more
One person found this helpful
Report abuse
See all reviews
Back to top
Get to Know Us
Make Money with Us
Let Us Help You
And don't forget:
© 1996-2021, Amazon.com, Inc. or its affiliates