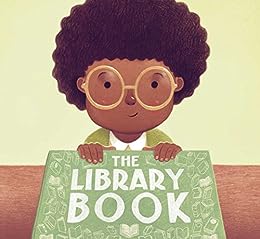 * "This cheerful picture book opens on a rainy Saturday morning.... Written in 1989, with upbeat lyrics, natural-sounding rhymes, and a catchy tune, the song “The Library Song” creates a surprisingly good text for a picture book. The words can be read aloud easily, as the cadence is evident when the words are spoken, but the effect is more magical when the words are sung (the tune is readily available online). Groenink...magically brings the song to life on the page through his pleasing pencil-and-digital artwork. From the rainy-village street scene to the library interiors to the child’s cozy bedroom, the pictures are well structured and full of intriguing details for children to find and enjoy. Fun for story hours and satisfying for reading one-on-one." ― Booklist, July 2017, *STARRED REVIEW*

"Chapin and Mark's "Library Song" is reinvigorated into an inviting picture book.... The digital-and-pencil illustrations are quite appealing.... the singsong-y text and the action...carry the entertaining story. A playful tribute to libraries." ― Kirkus Reviews, July 2017

"This picture book uses the lyrics of “The Library Song” as text, then adds digital and pencil illustrations to share a young African American girl’s extraordinary visit to her neighborhood public library. The pictures have a nostalgic feel.... As the girl happily reads away the rainy morning, more and more characters sing and dance around the library, inviting all the library patrons to join in. The “shushing librarian” stereotype humorously is turned around when the girl asks the librarian to stop singing so that the girl can read in peace...a fun read-aloud that will familiarize young children with the library." ― School Library Journal, August 2017

"Singer-songwriter Chapin follows The Backwards Birthday Party, also illustrated by Groenink, with a second picture book adapted from his extensive catalog.... Even the serious librarian gets caught up in the increasingly rowdy fun, earning her a “shhh!” from the girl, who is ready to start reading. It’s a book that could easily be used in elementary school classrooms before visits to the library, and readers will enjoy spotting recognizable characters in Groenink’s cozy illustrations. This celebration of reading and libraries is sure to charm those who love both." ― Publishers Weekly, September 2017 --This text refers to the hardcover edition.

Tom Chapin has entertained, amused, and enlightened audiences of all ages for more than forty years and through twenty-seven CDs, eight Grammy nominations, three Grammy awards, and thousands of live performances. A pioneer in the field of children’s music, he is also a respected singer-songwriter and a strong advocate for the arts in education. Tom lives in Piermont, New York. Find out more at TomChapin.com.

Michael Mark is a musician, composer, and actor whose accomplishments include a Drama Desk Award as a Featured Actor in the Broadway Musical I Love My Wife, and the composition to the theme song for the long-running TV show Entertainment Tonight. For more than thirty years, Michael has written, toured and performed with Tom Chapin, sharing in Grammy nominations for Tom’s albums of family music. He lives with his wife, Mary, a reading specialist, in New York. Their two children, Noah and Ronen, are out in the world having successful, creative lives.

Chuck Groenink is the illustrator of The Backwards Birthday Party and a few other books. Originally from the Netherlands, he now lives with his wife and cats in Valatie, New York. When not drawing pictures for books, he likes to read, bake bread, or go hiking, and he wishes he could play the banjo. Visit him online at ChuckGroenink.com. --This text refers to the hardcover edition.

4.8 out of 5 stars
4.8 out of 5
48 global ratings
How are ratings calculated?
To calculate the overall star rating and percentage breakdown by star, we don’t use a simple average. Instead, our system considers things like how recent a review is and if the reviewer bought the item on Amazon. It also analyses reviews to verify trustworthiness.

Kathryn KrGl
5.0 out of 5 stars Love this timeless book
Reviewed in the United States on 4 August 2020
Verified Purchase
I love the story, the repetition of phrases, and the the joy of books. My grandchildren do too. First exposed to this book through a local library on a ski trip, where we checked out a stack to read for the week. Read it over and over. When we got home had to have a copy for our family
Read more
Report abuse

Rebecca
5.0 out of 5 stars A book lover’s picture book!
Reviewed in the United States on 21 July 2018
Verified Purchase
Wonderfully fun book about a trip to the library. The illustrations contain many of our favorite literary friends as the veg to be brought home. This book can have an odd rhythm if you don’t realize it is based off a song, so make sure to look up the song too! We love this one and after seeing it in a friend’s library stack had to order it for ourselves - the music only made it better.
Read more
Report abuse

Marilacaspa
5.0 out of 5 stars Budding library love
Reviewed in the United States on 2 December 2018
Verified Purchase
My grand daughter loves this book. She is 3 years old and would pick a book over an iPad any time. A nice way to encourage parents and children to visit libraries.
Read more
Report abuse

MzEducated47
5.0 out of 5 stars Students will definitely be engaged!!!
Reviewed in the United States on 4 June 2019
Verified Purchase
My first grade class went on a field trip to the public library next door to the school. The librarian read this book to our students. They enjoyed it!!! I ordered the book while we were there! My students enjoy readingbthe book I our classroom library.
Read more
Report abuse

Kasi
5.0 out of 5 stars Love it and had to have it!
Reviewed in the United States on 25 August 2019
Verified Purchase
I work as a Nanny and I love this book. I found a copy at the local library and fell in love with it and then so did my Charges. What a beautiful tribute to a place that brings so much joy to my World.
Read more
Report abuse
See all reviews
Back to top
Get to Know Us
Make Money with Us
Let Us Help You
And don't forget:
© 1996-2021, Amazon.com, Inc. or its affiliates