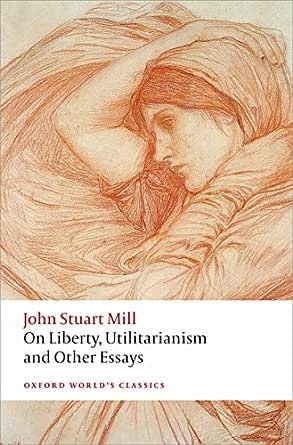 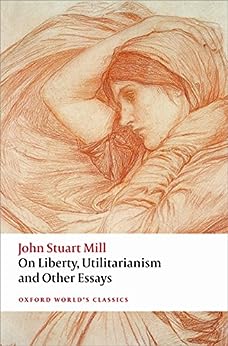 'it is only the cultivation of individuality which produces, or can produce, well developed human beings'

Mill's four essays, 'On Liberty', 'Utilitarianism', 'Considerations on Representative Government', and 'The Subjection of Women' examine the most central issues that face liberal democratic regimes - whether in the nineteenth century or the twenty-first. They have formed the basis for many of the political institutions of the West since the late nineteenth century, tackling as they do the appropriate grounds for protecting individual liberty, the basic principles of ethics, the benefits and
the costs of representative institutions, and the central importance of gender equality in society.

These essays are central to the liberal tradition, but their interpretation and how we should understand their connection with each other are both contentious. In their introduction Mark Philp and Frederick Rosen set the essays in the context of Mill's other works, and argue that his conviction in the importance of the development of human character in its full diversity provides the core to his liberalism and to any defensible account of the value of liberalism to the modern world.

ABOUT THE SERIES: For over 100 years Oxford World's Classics has made available the widest range of literature from around the globe. Each affordable volume reflects Oxford's commitment to scholarship, providing the most accurate text plus a wealth of other valuable features, including expert introductions by leading authorities, helpful notes to clarify the text, up-to-date bibliographies for further study, and much more.

Mark Philp is Emeritus Fellow of Oriel College, Oxford. His recent books include Political Conduct (Harvard UP, 2007) and Reforming Ideas in Britain (CUP, 2013). For Oxford World's Classics he has edited Paine's Rights of Man, Common Sense, and Other Political Writings and Godwin's An Enquiry concerning Political Justice. Frederick Rosen taught for many years at University College London, where he directed the Bentham Project, which will publish a corrected edition of the complete works of Jeremy Bentham. His recent books include Classical Utilitarianism from Hume to Mill (Routledge, 2003) and Mill (OUP, 2013).

Amazon Customer
5.0 out of 5 stars like between rulers and those being ruled
7 March 2018 - Published on Amazon.com
Verified Purchase
John Stuart Mill is the most influential English language philosopher, who wrote many works including on liberty, a system of logic, the subjection of women, etc. This books contains on liberty, utilitarianism, considerations on representative government, and the subjection of women these four essays. I personally just finished reading On Liberty, so this review will mainly about his On Liberty. Mill originally finished this piece in 1857, and he wanted to add some further amendments afterwards. However, after his wife’s death, he decided to publish this piece without any changes.
As it is mentioned in the book, liberty is not at all a new topic for humanity even at his time. As the society keeps progressing, the questions that are associated with the topic only grow more important than ever before. Mill specifically identifies a new problem at his time. He finds out that the question of liberty is no longer between subjects, like between rulers and those being ruled, but between social mainstream and personal opinion. I think this point is very true especially in current society. When assessing something, one must form his own opinion, and it is important to keep that opinion uncontaminated. Therefore, in his essay, Mill is trying to find and define bounds, bounds that limit the interference from social opinion towards individuals. And as he writes, the principle which Mill adduces is ‘that the sole end for which mankind are warranted, individually or collectively, in interfering with the liberty of action of any of their number, is self-protection. That the only purpose for which power can be rightfully exercised over any member of a civilized community, against his will is to prevent harm to others. His own good, either physical or moral, is not a sufficient warrant’.
Generally, as I read the essay, I find some of his arguments or statements are very true and sharp, the philosophy in his works are very applicable in modern world. Certainly, not everyone would agree with everything he says in the book, but to read philosophical books is just to help you think in your ways on the topic suggested by those books. If you are new to philosophical books, I would say it might be a little hard to read. At least it is hard to read for me. However, it is much better than some of Kant’s works which are not very readable for rookies. Overall, I would suggest this book to anyone that is interested in philosophy. It is just a good book, because it makes me think, and it makes me struggle to find the reasoning that satisfies myself.

phillip goldstein
5.0 out of 5 stars It’s a must read
9 August 2018 - Published on Amazon.com
Verified Purchase
Great book
Read more
One person found this helpful
Go to Amazon.com to see all 2 reviews 5.0 out of 5 stars
Get FREE delivery with Amazon Prime
Prime members enjoy FREE Delivery and exclusive access to movies, TV shows, music, Kindle e-books, Twitch Prime, and more.
> Get Started
Back to top
Get to Know Us
Make Money with Us
Let Us Help You
And don't forget:
© 1996-2020, Amazon.com, Inc. or its affiliates