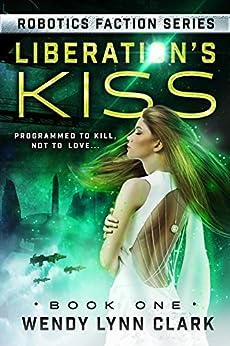 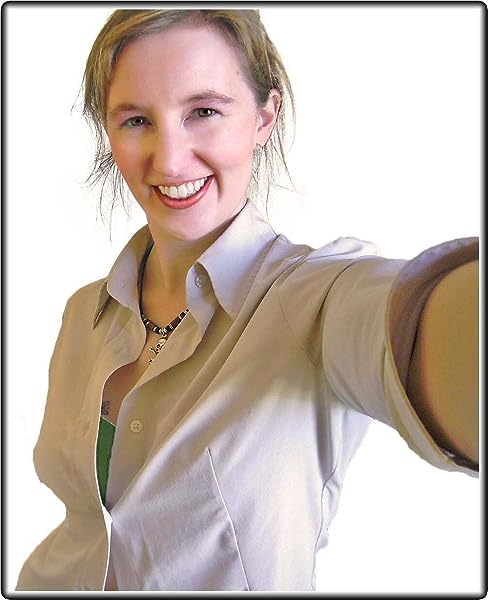 Jas
2.0 out of 5 stars Average - 2.5 Stars
Reviewed in Australia on 14 January 2017
Verified Purchase
Damn I really wanted to like this book but just couldn't. From the blurb it has everything I love about sci-fi romance but I really hated Wendy Lynn Clark's writing style. Everything from her individual word choice to how she structures her sentences to what she chose to describe...ahh...it just bugged me and made for really frustrating reading.
Anyway I did like the action and the general plot line is intriguing but not enough to get me to read another book in this series.
Read more
Helpful
Report abuse

Tessa
TOP 100 REVIEWER
5.0 out of 5 stars Can androids love?
Reviewed in Australia on 30 December 2016
Anybody who likes fast actioned science fiction will like this. It's very enjoyable but you do have to suspend belief a little when it comes to the romantic aspect.
Cressida is a naive young woman who has been on the run with her parents for years. They know that the Robotic Faction have put a kill order out on her but they have no idea as to why.
Xan/Arch is the android assigned to eliminate her.
Then there is the Rogue android who has her own agenda.
When the Faction comes to the moon where they have taken refuge her parents have to leave without her and Cressida finds herself alone.
Her only hope of escape lies with a corrupted android who asks her to trust him but how can she?
Very enjoyable!
Read more
Helpful
Report abuse
See all reviews

Wendy B.
4.0 out of 5 stars Great imagination and world building
Reviewed in the United Kingdom on 2 January 2017
Verified Purchase
Fast paced Sci fi action romance, very well written and no cliffhanger. Good world building and interesting characters, great interaction and chemistry between the main couple. Quite steamy in places.I will definitely read more by this author.
Read more
Report abuse

E.P. Clark
4.0 out of 5 stars Like "Terminator," but Sexier
Reviewed in the United States on 2 December 2016
Verified Purchase
I was intrigued by the premise for "Liberation's Kiss": human woman falls in love with humanoid robot. Who is sent to kill her, of course. It's sort of like "Terminator," but much sexier.

And I wasn't disappointed. It is indeed a sexy thrill ride, full of action, adventure, and steamy moments between Cressida (the heroine) and Xan (her hot robotic lover). Having read what I just typed, I realize that it sounds fairly kinky, but in fact while the hotness factor is high, the kink factor is low. This is a fairly standard rugged-soldier-saves-delicate-heroine (in fact Xan is described on numerous occasions as a rugged soldier, something that was a little too blatant for me, but if you like that kind of thing, you like that kind of thing) fantasy, except that the story takes place in the distant future and the hero's skeleton is made of titanium. The action moves quickly, with the scenes alternating between desperate escapes on various spaceships and flying vehicles, and scenes in which the characters feel the growing attraction between them, or (and this, I suspect, is the true fantasy for many women, because it features so heavily in so, so, SO many romance novels) the hero feeds the heroine choice delicacies and puts her to bed like a child. So basically if you like sci-fi romance, or military romance, chances are good you'll like this book, because it has pretty much everything you would expect, including thrills, spills, and a sexy leading duo.
Read more
Report abuse

Kindle Customer
4.0 out of 5 stars Xan the Android: More than a titanium hunk
Reviewed in the United States on 4 July 2015
Verified Purchase
I was on the fence about ranking this book somewhere between "liked" and "really liked", but the nail-biting thrill ride in the last 30 or so pages definitely tipped this book into the four-star category. You see, I was a teensy bit late to a friend's birthday lunch because I couldn't put this book down once I was in the 80% range. I didn't see how Wendy Lynn Clark was going to wrap it all up in the few pages left. In fact, I was getting all set to be ticked off at a cliffhanger. Fortunately, I was smiling and not grousing as I thumbed the last page.

Xan's programmed mission as an android with the Robotics Faction is to terminate diplomat guide Cressida, who is on the faction's Kill List. The mining moon where she lives is remote but very reliant on technology. Citizens can barely move about without satellite sensors reading their location chips. This type of monitoring was commonplace and fairly unremarkable among the populace until recent political events heightened oversight and threat by the Robotics Faction. Xan has powerful tools at his disposal to ensure the success of his mission. However, just yards from his quarry, he encounters an anomaly that disengages his kill function, allowing his own reasoning and intuition to emerge.

Cressida is a young woman whose spirit has been muffled by more than a decade of hiding and keeping a low profile to avoid detection by the Robotics Faction. She was placed on the Kill List at age 12 and hardly remembers a carefree life. While educated, she is sheltered and moves in a small diplomatic circle on the moon. As the book opens, she has been found....

Technology is omnipresent, making this a romance book with heavy reliance on science fiction. Humans have brain identity chips, and service-bots do everything from deliver pizzas to administer medications. Medicine is highly advanced, to the point that death and aging are nearly irrelevant. Space travel is routine, and laser weapons protect planets. The killer androids have sophisticated analytical skills and super-strength, but are scarily human-like in their appearance and speech. Wendy Lynn Clark has woven all of these futuristic components into a world where they are accepted as normal. She is also very, very creative in applying these technologies to a thrill-adventure plot. I don't really want to give anything away since how Xan and Cressida get out of some situations is utterly fantastic. Suffice it to say that android bodies are capable of a lot and sometimes a laser can be a really gruesome weapon.

The reason I was so on the fence with this book initially is the pacing. It's a problem. About one-third of the way into the book, I made a note: "Enough with the brain ID chip already!" The action was too well conceived, the characters were too original and the world-building too complete for such minute plot movement. There was also too much thinking about the action. I get that we were participating in Xan's analysis of situations, but the pacing would have been better served by physical movement rather than reading about Xan's thought process. Xan himself adjusted a little too quickly to having something resembling emotions. Just three days after having his kill order severed, he is giving Cressida sound advice on not feeling guilty about endangering her family. I get that one of his programmed quirks is a high degree of tact and negotiation, but this seemed far-fetched. And finally, pacing was an issue because there aren't even small hints to answers about two major mysteries in this book. Clearly you have to read more novels to solve the riddles.

I've read more captivating romantic couples than Xan and Cressida. For me, Xan was the more compelling romantic of the two because it was all so new to him. Nonetheless, I think my heart was pounding so much in the last, thrilling 20% of this book because I had become emotionally invested in them as a couple. The exhilarating end of this book definitely made the pacing issues pale in comparison.
Read more
2 people found this helpful
Report abuse
See all reviews
Back to top
Get to Know Us
Make Money with Us
Let Us Help You
And don't forget:
© 1996-2021, Amazon.com, Inc. or its affiliates