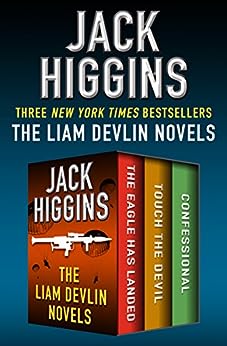 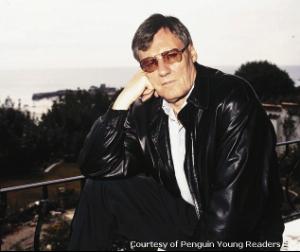 The Liam Devlin Novels: The Eagle Has Landed, Touch the Devil, and Confessional Kindle Edition

In The Eagle Has Landed, the inspiration for the film starring Donald Sutherland, an audacious Nazi plan to kidnap Winston Churchill threatens to tip the scales of World War II. In November 1943, an elite team of Nazi paratroopers descends on British soil with a diabolical goal: Abduct Winston Churchill and cripple the Allied war effort. The mission, ordered by Hitler himself and planned by Heinrich Himmler, is led by ace agent Kurt Steiner and aided on the ground by IRA gunman Liam Devlin.

As the deadly duo executes Hitler’s harrowing plot, only the quiet town of Studley Constable stands in their way. Its residents, including a beautiful widow, are the lone souls aware of the impending Nazi plan, and they must become the most unlikely of heroes as the fate of the war hangs in the balance.

In Touch the Devil, in the shadow of the Cold War, two rugged IRA veterans must crush a ruthless mercenary before his deadly scheme can bring Europe to its knees. Terrorist-for-hire Frank Barry has been wreaking havoc in Germany and France with backing from the KGB. But his next mission might be his deadliest: Barry plans to steal a state-of-the-art missile and sell it to the highest bidder.

Only Barry’s longtime rivals, retired IRA gunman Liam Devlin and his ally Martin Brosnan, can prevent the missile from falling into the wrong hands. But first, Devlin must stage a thrilling jailbreak to free Brosnan before the men set off on a gripping race against the clock to eliminate Barry and end his reign of terror.

In Confessional, a rogue terrorist in Northern Ireland prepares for his final deadly strike. Trained by the KGB, the assassin known as Cuchulain has cut a path of violence throughout the region for over two decades, leaving a trail of bodies in his wake. Now he has set his audacious sights on his highest profile target yet: the pope.

Desperate to stop the terrorist, British Intelligence enlists an enemy Irish gunman, Liam Devlin, to accomplish what they never could. He must put an end to Cuchulain, once and for all.

Jack Higgins was a soldier and then a teacher before becoming a full-time writer. 'The Eagle Has Landed' turned him into an international bestselling author and his novels have since sold over 250 million copies and been translated into fifty-five languages. Many of them have also been made into successful films.

4.5 out of 5 stars
4.5 out of 5
224 global ratings
How are ratings calculated?
To calculate the overall star rating and percentage breakdown by star, we don’t use a simple average. Instead, our system considers things like how recent a review is and if the reviewer bought the item on Amazon. It also analyses reviews to verify trustworthiness.

Pamela
TOP 1000 REVIEWER
4.0 out of 5 stars A mixed bag with one out of the three being a great read
Reviewed in Australia on 13 October 2018
Verified Purchase
These could have been great novels instead of merely good if it weren't for the shallowness of the characters particulary in "The Eagle Has Landed" - all unflinchingly brave warriors who perform super-human feats and earn the respect not only of their own team but of the enemy as well. I can see why the novel was made into an action-packed blockbuster movie in the 1970s but it lacks the authenticity and insight into behaviour that modern readers expect of their heroes. At best they are two-dimensional and at worst caricatures.

And while I was intrigued by the story, the glorification of war and warriors like Liam Devlin and Steiner is an anachronism - and I think there would be many modern readers who might find this offensive, knowing as we do the true horror of war.

On the other hand, "Confessional" ticked all the boxes in terms of plot, character and pace and I read it in one sitting on a long plane trip. The profile of the assassin priest is chilling in the light of recent assassination attempts and terrorism events around the world. The purchase is worth it for this novel alone -though I suggest reading "The Eagle Has Landed" first to get some background on Liam Devlin.
Read more
One person found this helpful
Helpful
Report abuse

Rowena Targett
5.0 out of 5 stars Brilliant writing style
Reviewed in Australia on 15 October 2020
Verified Purchase
The Author manages to transfer one into another realm with his detail and powerful style.
Read more
Helpful
Report abuse
See all reviews

gordon
5.0 out of 5 stars Loved it
Reviewed in the United Kingdom on 27 November 2016
Verified Purchase
The Eagle Has Landed.

What a brilliant German idea. Abduct or kill the Prime Minister. Unbelievable ? Well Jack Higgins weaves a most absorbing tale around the idea. So absorbing. All the characters spring to life. A real page turner with the tension increasing almost page by page. Loved it ! ! ! !

From World War 2, in The Eagle Has Landed, we move forward in time to the cold war, and a ruthless mercenary plots to steal a German missile, with the help of the KGB. Needless too say Devlin and Brosnan try their hardest to defeat him. Lots of travel, plenty of bodies, even a French prison island escape and assassination plot on a very famous person. Loved it ! ! ! !

Wow. What an idea, to kill the Pope. Beautifully written, with lots of detailed information and travel. Good characterisations. A splendidly tense buildup to the finale. Loved it ! ! ! !
Read more
Report abuse

Alan W S Bell
5.0 out of 5 stars As good as it gets
Reviewed in the United Kingdom on 27 November 2021
Verified Purchase
Another exciting novel by a master story teller
Patterson brings the colourful believable characters to life and keeps you on the edge of your seat throughout as you wonder where the story is going next
Read more
Report abuse

Niall Mulrine
5.0 out of 5 stars Loved all plots with Devlin as the charismatic IRA goto person
Reviewed in the United Kingdom on 6 September 2021
Verified Purchase
So many emotions for all characters in the books 📚 but keen to say the writing technique was consistent and characters remained In all books.
Slow to get into them but fast not wanting to leave. Lots of built up with the endings coming quick
Read more
Report abuse

M S
5.0 out of 5 stars Great value
Reviewed in the United Kingdom on 13 January 2017
Verified Purchase
Superb books - great value
Read more
Report abuse
See all reviews
Back to top
Get to Know Us
Make Money with Us
Let Us Help You
And don't forget:
© 1996-2021, Amazon.com, Inc. or its affiliates