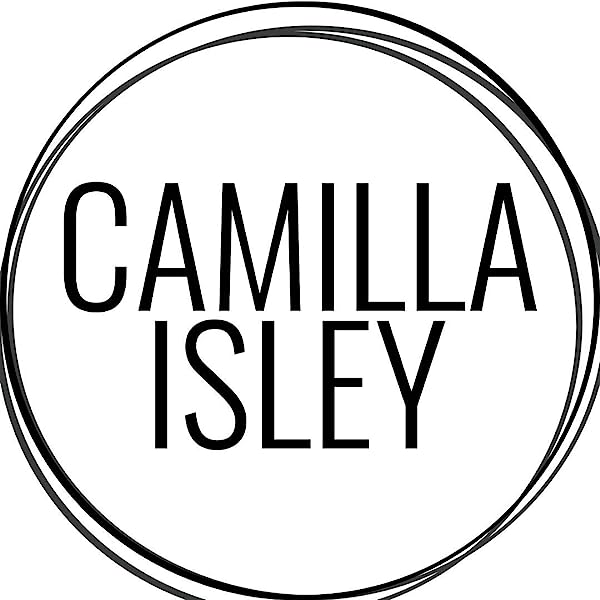 by Camilla Isley (Author)
3.7 out of 5 stars 316 ratings
See all formats and editions
Sorry, there was a problem loading this page. Try again.

Camilla was born in 1984. She's an engineer who has always had a vivid imagination and a more creative approach to life. After working in a corporate job for some years, she left everything to follow her husband around the world in a new adventure. Upon finding herself with loads of free time for the first time in a long while, she decided to begin pouring some of her fantasies into words...
Start reading Let's Be Just Friends: A Friends to Lovers Romance on your Kindle in under a minute.

3.7 out of 5 stars
3.7 out of 5
316 global ratings
How are ratings calculated?
To calculate the overall star rating and percentage breakdown by star, we don’t use a simple average. Instead, our system considers things like how recent a review is and if the reviewer bought the item on Amazon. It also analyses reviews to verify trustworthiness.

Jennadb
TOP 500 REVIEWER
2.0 out of 5 stars shocked and bit confused
Reviewed in Australia on 25 August 2020
Verified Purchase
Let's Be Just Friends: A New Adult College Romance by Camilla Isley is a short New Adult
romance story and is told in the third person. There is a lot going on in a short amount of
time. There is lust and betrayal, jealousy and hurt, cheating and dishonesty. There are a lot
of poor choices and mean girls, cheating and backstabbing, confused feelings and unhealthy
relationships. The characters are not perfect and it is not always a bed of roses. There are
also a lot of emotions running high, so come prepared to be shocked and bit confused and a
lot surprised .
If your into new adult college romance then give it a go
Read more
Helpful
Report abuse

Roseytwinks
2.0 out of 5 stars To be honest both the main characters were horrible. I don’t like cheating and there is quite ...
Reviewed in Australia on 12 March 2018
Verified Purchase
Spoilers;)

I found the story a bit meh, ok for a quick read. Short and not a lot of character development. To be honest both the main characters were horrible. I don’t like cheating and there is quite a bit of it.
Rose has been in love with her best friend Tyler for years, waiting for him to stop his manwhoring ways and figure out they are meant to be together. The problem here is that Tyler has a long term girlfriend- Georgiana, and while I do think she’s a freakin nightmare female, she’s justified in her hatred towards Rose.
The MCs did in fact engage in affair with each other for weeks. Tyler then took off for six months with his girlfriend to France with little communication with Rose only to return and pledge his love for her, and expect her to be with him. But wait! He still hasn’t broke it off with his gfriend and Rose is dating Georgiana’s older brother Ethan?!?! And Ethan knows of the MCs affair and is still with Rose? And kept that secret from his sister. But they all end up semi happy ever after. Nah, sorry I just didn’t buy it.
Read more
Helpful
Report abuse

Books&Tea
TOP 500 REVIEWER
1.0 out of 5 stars Lack of depth makes for a hard read.
Reviewed in Australia on 18 October 2017
Verified Purchase
Unfortunately this book wasn't for me. The characters felt painfully two dimensional, there wasn't a satisfying resolution, no real climax to the heat between the guys and overall just a really dissatisfying read.
The tone of the book was very juvenile and the approach to cheating was very blasé.
Read more
Helpful
Report abuse
See all reviews

Michelle
5.0 out of 5 stars Highly recommend
Reviewed in the United Kingdom on 28 April 2019
Verified Purchase
4.5 Stars
Being honest this type of book wouldn't normally appeal to me, however I love Camilla Isley work so I gave it a try.

I loved it! It is a very short story between Rose and Tyler, best friends since school. They fancied each other but nothing ever happened, until one night. Happily ever after? Wrong, one problem, Tyler has a girlfriend, Georgiana.
I know a lot of readers don't like cheating storylines, however in my opinion it works. Rose becomes this strong, independent character. She gets the courage to separate herself from the situation and also the safety net of their friendship. She knows what she wants and she gets it.
Along comes Ethan (Georgiana's brother), player boy and black sheep of the family by not pursuing law as a career. Rose and Ethan's relationship is amazing, I fell in love with them instantly!
Tyler and Georgiana, they are both as bad as each other, so in a way they are suited for each other.

Adele
5.0 out of 5 stars A YA romance that was quite addictive
Reviewed in the United Kingdom on 13 February 2017
Verified Purchase
Let’s Just Be Friends – Tyler loves Rose and Rose loves Tyler but they both haven’t admitted their true feelings to each other. There is also the added complication that Tyler has a girlfriend, Georgiana. Tyler and Rose have been best friends in like forever and when Rose finds herself temporary homeless she moves in with Tyler. Their best friends relationship was working well until Tyler and Georgiana got together. Georgiana is jealous of this BFF relationship between Tyler and Rose and she feels there is more to this platonic relationship.

When an unexpected change in this friendship heats up Tyler becomes very confused. Georgiana schemes a plan to embarrass Rose but it backfires when Ethan, Georgiana’s brother falls for Rose. Georgiana’s scheming continues and she does all her best to keep Tyler and Rose apart forever. Can Rose open her heart and let others in? Can Tyler commit to a relationship?

I loved this love story it was fresh, fun and flirty. A YA romance that was quite addictive and I couldn’t wait to read more of this sizzling chemistry between friends. I loved how the author, Camilla Isley, broke up each chapter with different character perspectives. The angst between the BFFS was truly felt with their constant battle of emotions, it was very poignant but also electric at times.
Read more
Report abuse

Kaisha Holloway - The Writing Garnet
4.0 out of 5 stars Light hearted and fun
Reviewed in the United Kingdom on 2 June 2016
Verified Purchase
Have you ever been in the position of wanting someone you can’t have? Many of you I’m sure. Have you ever tried your luck with someone despite worrying that it was going to end in tears? Nodding your head again I bet. With the previous question in mind, have you taken things even further after brushing those niggling feelings aside just….because? Well, Rose would be nodding her head to all three of those questions. Rose and Tyler have been best friends since they were young. Boyfriends and girlfriends have come and gone, or in Tyler case, girlfriend + girlfriends best friend + girlfriends neighbours sisters mother in law…..catch my drift?
Rose and Tyler get jealous every time the other one is in a relationship, but why? Is it because they want what they can’t have?
As soon as I started reading this book, I had a feeling I knew where it was going in terms of the storyline. Usually that would have bothered me, but seeing as I had just finished a very deep and dark book, I wanted something more fun to read. This certainly ticked the box for fun. Part of me felt sorry for Rose, but then part of me thought ‘oh come on!’. She had an inkling what Tyler was going to be like in the future based on his past, yet she still dipped her toes! I did take an instant dislike to Tyler. I’m being brutally honest. Of course it isn’t because of Camilla’s writing, it’s because she has written a character in such a descriptive way that I felt like I knew him. Fortunately I don’t know him, but unfortunately I do know guys like him. ‘I’m still with my girlfriend, but I’m free tonight, I’ll break up with her later if that is what you want.’. Those types of guys. Tyler’s personality did make for excellent reading because boy did I laugh when Rose started talking to his nemesis.
Let’s Be Just Friends is a fun and romantic read, one that you can sink your teeth into without thinking too much because the author has everything there. Does that make sense? Don’t get me wrong, it had several jaw dropping moments as well as ‘oh no he didn’t!!!’ (said like the lady in the shoe advert on TV…) moments, but I enjoyed the fact that I didn’t have to think too much. It flowed nicely, it was an enjoyable read, and most importantly, I giggled. My favourite moment of the book was when the storyline turned to ‘independence’. See how I can write my favourite part without giving a spoiler! I found that part to emphasise power and confidence. I’m sure many females/males could even take a leaf out of the character’s book for that bold move.
I do have one little niggle with the book though. I didn’t like the way it finished at 85% on the Kindle, I found that to be a bit abrupt, especially in terms of percentage. That isn’t a negative against the contents of the book in any way.
If you’re after a light-hearted, romantic novel with hilarious parts; one that you can lay in bed with and just sink into the book, then this one is for you. An enjoyable read for definite. I already have another of Camilla’s books waiting to be read too, cannot wait!
Read more
Report abuse

newmum74
2.0 out of 5 stars Disappointed
Reviewed in the United Kingdom on 1 February 2020
Verified Purchase
Disappointing. I guess with the way everything started it was going to be a traditional friends to lovers story,but it wasn't. I don't mind surprises but this wasn't a good surprise. I wasn't happy with the way the story went. It could have been done better
Read more
Report abuse

Trixy Tracy
4.0 out of 5 stars Best friends to lovers?
Reviewed in the United Kingdom on 11 November 2018
Verified Purchase
I didn't know what to expect from this book, but I'm glad I picked it up (well opened it on the kindle lol)
We have Rose and Tyler, who have been best friends since they were ankle biters, and somewhere along the way, started to see each other in a new light. But the story isn't as simple as this...
Definitely worth a read :)
Read more
Report abuse
See all reviews
Back to top
Get to Know Us
Make Money with Us
Let Us Help You
And don't forget:
© 1996-2021, Amazon.com, Inc. or its affiliates