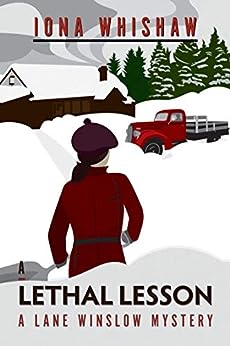 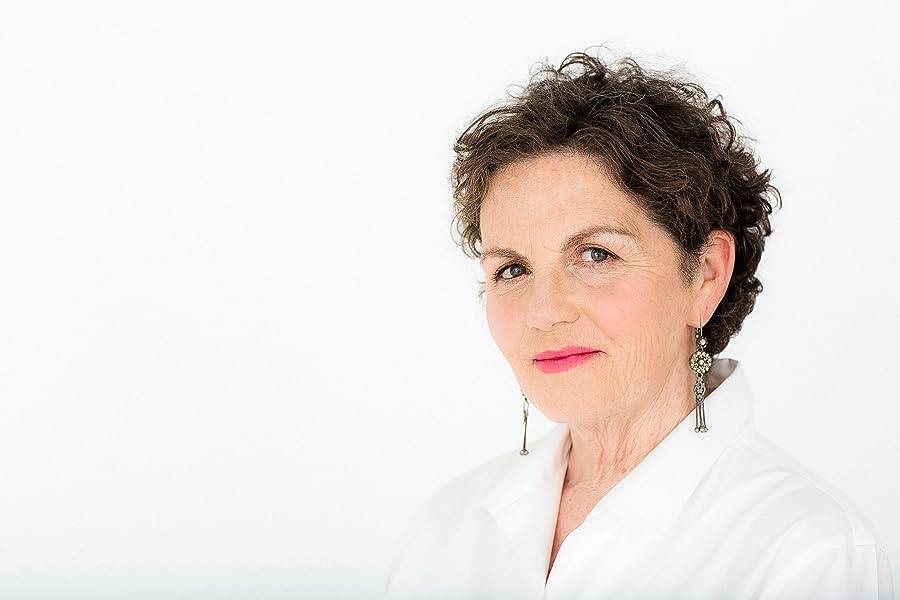 "There are days when nothing suits a reader like a good old-fashioned classic cozy with a puzzle plot, a country setting and some nice slight characters. When that urge strikes, Iona Whishaw's delightful B.C. series featuring Lane Winslow and, now, husband, Inspector Darling of the King's Cove constabulary, are just the ticket. . . A really good book in a terrific series." --Globe and Mail

"Iona Whishaw's writing is worthy of taking its place alongside the works of Agatha Christie and Dorothy L Sayers. This deftly crafted and briskly paced murder mystery vividly evokes the atmosphere of a small community gripped by the sudden disappearance of two schoolteachers in the snows of a Canadian winter." --Fiona Valpy, bestselling author of The Dressmaker's Gift

"A winsome cozy set in the Kootenays in 1947 . . . it's the perfect series for fans of Miss Fisher and Maisie Dobbs." --Zoomer Magazine

"This series is truly a favorite of mine and always a delight . . . Highly recommended for those who enjoy historical fiction/mystery, strong female leads (think Maisie Dobbs!), and mysteries that dive into not just the whodunit but the why? And really, anyone who just enjoys a good mystery." --Hidden Staircase

"The 'find of the year', Iona Whishaw's Lane Winslow series is a real treat. Set after WWII, Lane has left England for Canada . . . settling in the small village of King's Cove. With a quaint cast of characters and the feel of Louise Penny's Three Pines, the independence and quick wit of Kerry Greenwood's Phryne Fisher and the intelligence of Jacqueline Winspear's Maisie Dobbs, this mystery series has it all!" --Murder by the Book, Texas

"Whishaw deftly intertwines plot and psychology, giving readers insight not only into Lane's crime-solving strategies, but the perspectives and lives of her neighbors. The series also follows Lane's inner journey, from complicated family history to postwar trauma to the beginning of new love. Well plotted and laced with dry wit, Lane's adventures are entirely satisfying summer reading." --Shelf Awareness

"Iona Whishaw is a writer to watch." --Globe and Mail

"There's no question you should read it--it's excellent." --Toronto Star

"Another fantastic entry in the unique and compelling Lane Winslow series!" --Anna Lee Huber, author of the Lady Darby Mysteries

"Complex, suspenseful, and deeply felt, this is a smart series for the ages." --Francine Mathews, author of the Nantucket Mysteries

"In the vein of Louise Penny . . . a compelling series that combines a cozy setting, spy intrigue storylines, and police procedural elements--not an easy task, but one that Whishaw pulls off." --Reviewing the Evidence

"The setting is fresh and the cast endearing." --CrimeReads

"This series . . . continues to get better and better." --Reviewing the Evidence

"A simply riveting read by a master of the genre." --Wisconsin Bookwatch

"Full of history, mystery, and a glorious BC setting . . . a wonderful series." --Sleuth of Baker Street, Ontario

Iona Whishaw is a former educator and social worker whose mother and grandfather were both spies during their respective wars. She lives in Vancouver, British Columbia, with her husband. Visit her at ionawhishaw.com. --This text refers to the paperback edition.

Iona Whishaw was born in 1948 to English parents in British Columbia and brought up in Mexico and the US. She worked as a youth worker, taught high school and served for 16 years as a high school administrator in Vancouver, Canada. She earned a Masters of Arts degree in creative writing from UBC and was the recipient of the YWCA Women of Distinction in Education award and a Canada's Top Principals award. Her first work was a children's book, Henry and the Cow Problem, and because she has loved mysteries since her early love affair with Nancy Drew, she has recently embarked on a well-reviewed period mystery series beginning with A Killer In King's Cove and Death In The Darkening Mist. The books are set in 1946 in a charming backwater community in BC that the author lived in as a child. It is a community that cannot, alas, escape the press of the wider darker forces of the world and the effects of the war they have just come through. Her main character is based to no small extent on her own mother who engaged in espionage during WW2, and provided a life of travel and high adventure for her daughter.

4.5 out of 5 stars
4.5 out of 5
139 global ratings
How are ratings calculated?
To calculate the overall star rating and percentage breakdown by star, we don’t use a simple average. Instead, our system considers things like how recent a review is and if the reviewer bought the item on Amazon. It also analyses reviews to verify trustworthiness.

kathleen
4.0 out of 5 stars Cozy mystery
Reviewed in Canada on 4 July 2021
Verified Purchase
Old-fashioned in many ways with familiar feel good characters other than the villains. A bit slow-moving and repititious in the unfolding of the plot. It usually takes me more than halfway through to get engaged and then it seems to move better. True of all her books so far. Maybe good to vary the location more such as last one set in Arizona.
Read more
Report abuse

Wendy Bingham
5.0 out of 5 stars Another great mystery solved
Reviewed in Canada on 20 May 2021
Verified Purchase
I really enjoyed this book as well. It is the 8th in the series and it's best to read them in order.

It takes place in British Columbia after WWII so good to read about mysteries in Canada as well.

Amazon Customer
5.0 out of 5 stars Kudos to Miss Winslow
Reviewed in Canada on 26 May 2021
Verified Purchase
Yet another enjoyable romp in the wilds of the BC interior with Winslow and Darling. Glad to see most of the usual suspects plus added new ones. Lots of morality at play as well as views on societal norms in post-war Canada. My only advice would be to keep them coming!
Read more
Report abuse

Amazon Customer
5.0 out of 5 stars Excellent new book in this series!
Reviewed in Canada on 12 August 2021
Verified Purchase
Another great read from this Canadian series. Thoroughly enjoyed it.
Read more
Report abuse

M. Hilford
5.0 out of 5 stars Another great Lane Winslow book
Reviewed in Canada on 13 May 2021
Verified Purchase
Really enjoyed this latest book about Lane Winslow. Highly recommend.
Read more
Report abuse
See all reviews
Back to top
Get to Know Us
Make Money with Us
Let Us Help You
And don't forget:
© 1996-2021, Amazon.com, Inc. or its affiliates