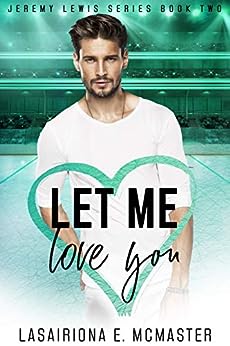 Proud Book Reviews
TOP 1000 REVIEWER
4.0 out of 5 stars Great story, less romance than normal and so much character development!
Reviewed in Australia on 16 January 2021
Trigger Warnings
This book contains:
• Grief of parents
• Mentions of suicide attempts and racial violence

Characters
Jeremy Lewis is the centre of this story while we follow his grief, injury and recovery and attempts to convince Chelsea Davis to go out with him while at College in Alabama. Jeremy is an “only child” who lost his parents in Four Letter Feelings and has yet to experience all the firsts, their first birthday’s, first Christmas and the first anniversary of their death. He also experiences a bad injury that adds to his already vulnerable mental health that he needs to work through.
Chelsea on the other hand lives in Iowa, works full time, travels to Alabama a fair bit and has a rule to never date jocks, especially hockey players. And Jeremy is a total jock and star hockey player.

Storyline
We pick up where the previous book, Four Letter Feelings, ends. Jeremy has come back from summer holidays; it’s the first game of the year and Jeremy takes a bad fall on the ice and gets injured. During his recovery he has ups and downs, emotional turmoil as he’s experiencing all the firsts since his parent’s death in the first book and the struggle to accept Chelsea’s decisions.

Overall Thoughts
It felt like this focussed more on Jeremy’s mental health and recovery from his knee injury than anything else. Maybe it was my expectations that this would be a romance, but it did feel like the romance with Chelsea was secondary to everything else Jeremy was going through.
I can see how all of that leads to their relationship, and everything we’ve already read about in Lisa and AJ’s trilogy’s, I just wasn’t expecting it and I think I would’ve preferred a little more romance, but then I don’t know how that’d impact the overall story.
Read more
Helpful
Report abuse
See all reviews

Vicki Trivett
5.0 out of 5 stars Got Four Letter Feelings for this book!
Reviewed in the United Kingdom on 18 December 2020
Verified Purchase
Loved it from start to finish, still amazes me how the author manages to write from a male perspective so naturally. Can’t wait for the next book!
Read more
3 people found this helpful
Report abuse

BradTL3
5.0 out of 5 stars You NEED this series in your life!!
Reviewed in the United States on 9 December 2020
Verified Purchase
...and here I thought book #1 (Four Letter Feelings) of the Jeremy Lewis series had me ALL up in my feelings. Let Me Love You took me on a roller coaster with my emotions once again! Good gravy...this book damn near destroyed me! Lasairiona McMaster loves to give your emotions a workout. I. LOVED. EVERY. SINGLE. MINUTE. I had highs and lows. Laughter and tears. Rejoicing and cringing. Love and disgust. Honestly, just about every emotion you could have, I felt with this series. The story unfolds in a way that will keep you turning pages well into the night, playing the one more chapter game. Read this book & series!! You NEED this in your life...especially Target (and that’s ALL i’m saying!! 😉) I voluntarily reviewed an advanced copy of this book.
Read more
One person found this helpful
Report abuse
See all reviews
Back to top
Get to Know Us
Make Money with Us
Let Us Help You
And don't forget:
© 1996-2021, Amazon.com, Inc. or its affiliates