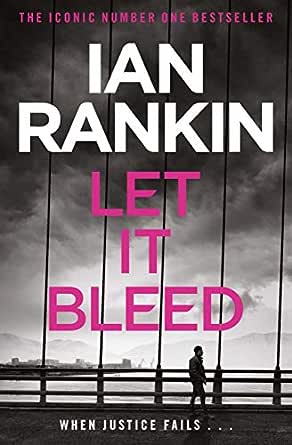 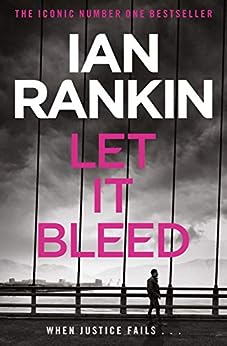 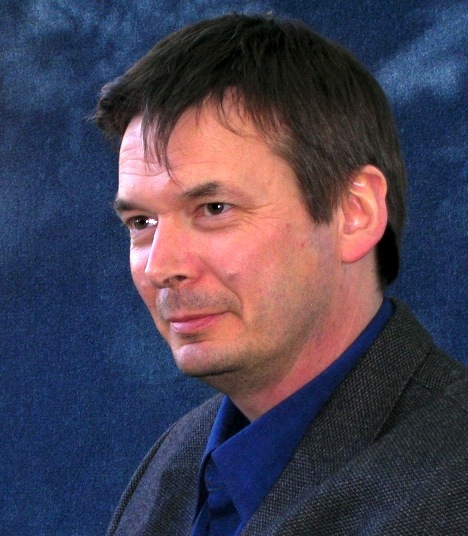 One of the best Rebus books ... A web of Edinburgh intrigue, brilliantly read by Bill Patterson. (CHOICE)

tom dickson
2.0 out of 5 stars You can survive another Rebus.
6 July 2015
Format: Kindle EditionVerified Purchase
Rebus is depressing - pity reading it is so compelling.
Read more
Helpful
Comment Report abuse

Straycat
5.0 out of 5 stars One of Rankin's best
21 May 2018 - Published on Amazon.com
Verified Purchase
The themes of this fine novel reflect the reality of today's politics and commerce in the United States. The existential anguish that Rebus suffers is a direct consequence of a person with a moral center beset by creatures whose morals have been replaced by a positivist calculus devoid of any sense of people as humans with individual wants, goals and feelings. The tragedy of this tale is the utter helplessness of right in the face of a set of criminal conspiracies that imprison the very institutions designed and adopted to free men and women from the grasp of the aristocrats. The good guys get no win here, but only a pale, enervating draw with the bad guys still in control. Yet, even Flowers ends up doing the right thing by taking a very large personal risk, despite that act being so diminished by his personal greed. Sort of love in the time of Trump.
Read more

Cathy Maldonado
4.0 out of 5 stars Always a good read
18 July 2019 - Published on Amazon.com
Verified Purchase
I have been reading the Inspector Rebus series in chronological order and love the characters and how they've developed. This book was not my favorite, to date, but still a good read. The storyline and characters were interesting, as usual, and the plot development was well done from beginning to end -- the only problem I had with this one was the level of detail specific to Scottish government agencies. While essential to the storyline, it slowed things down for me and made it slightly less of a page turner. If you enjoy the Rebus series, it's worth a read but I doubt it will matter if you skip this one.
Read more

Drwo
4.0 out of 5 stars It's Just a Shot Away
10 August 2014 - Published on Amazon.com
Verified Purchase
Rankin's Inspector Rebus is flawed, guilt ridden and relentless. Regardless of consequence, Rebus plunges forward with his own future hanging in the balance because he simply has to know why.....something happened.

In this novel, two young men who appear guilty of kidnapping the daughter of a prominent politician act in a way that, at least to Rebus, makes no sense. As Rebus is trying to figure out what happened to these young men, another act of violence occurs that would seem to have no correlation to the situation of the young men. Of course, the more Rebus probes, the more it appears the two dissimilar events have caused tension and those in high places would like Rebus to drop both areas of inquiry.

Music plays a role in this novel, as evidenced by the title, and deadpan, Rebus throws in lines from old Rolling Stones lyrics that may have been forgotten or never noticed: Far be it from me to throw out those clues but they were clever, for sure.

One thing that is truly great about Rankin's Rebus series is that one can pick up a book written in another decade - one you may have read before - but the plots are complex and almost everyone is guilty of something. These are not novels about one detective tracking down a serial killer. Rankin's books are puzzles - perhaps more extreme than the puzzles encountered by readers in their own lives - but the mysteries are not about who did what - but why? What prompts someone to commit suicide for no apparent reason, leaving no note behind? What event prompts a family to implode which from all outward appearances formerly seemed rather mundane and unworthy of any gossip? In the end, Rankin's books show self absorbed, flawed characters.

Rebus is a genius at figuring out complex crimes but has no ability to be in the least bit tactful or crafty as he completely disregards direct orders to cease and desist. All in all, though, Rankin's plots are complex and fun and the reader may actually have to think while reading. And, of course, we hope Rebus will learn to conquer his demons as we hope to conquer our own.

Patti36
5.0 out of 5 stars Best ever author
5 July 2019 - Published on Amazon.com
Format: Kindle EditionVerified Purchase
I have to let you know how good this author is....well I love him and his writings. I have read all his Inspector Rebus novels, plus his first "The Flood" and I can't find enough superlatives to describe how good he is. I halfway through his Malcolm Fox "Complaints" it is so good I don't want to put it down. I rate Ian Rankin as one of the top 10 authors of the world. I hope he keeps in writing great books. I'm sure you won't be disappointed in his work...give him a go.
Read more

Bookworm
3.0 out of 5 stars Sigh...
11 October 2016 - Published on Amazon.com
Format: Kindle EditionVerified Purchase
Still reading or re-reading all Rebus books from the beginning. I still like Rebus and his descriptions of Edinburgh, but the book was barely okay. The plot is both convoluted and unbelievable, the ending is over the top. But what annoyed me most are the inconsistencies. . This is not a spoiler, but how come Sammy is staying with Patience, and how did they met? Who is Brian's current girl friend? One gets the feeling that there must have been something - a short story? another book? between this book and the previous one.
Read more
2 people found this helpful
Go to Amazon.com to see all 100 reviews 4.2 out of 5 stars
Get FREE delivery with Amazon Prime
Prime members enjoy FREE Delivery and exclusive access to movies, TV shows, music, Kindle e-books, Twitch Prime, and more.
> Get Started
Back to top
Get to Know Us
Make Money with Us
Let Us Help You
And don't forget:
© 1996-2020, Amazon.com, Inc. or its affiliates