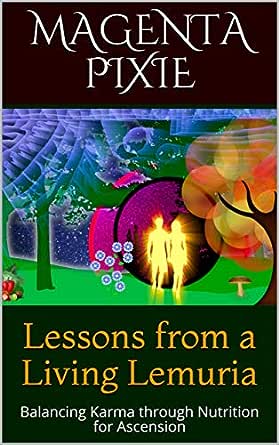 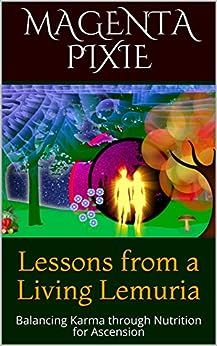 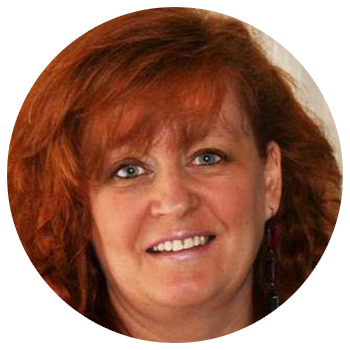 Lessons from a Living Lemuria: Balancing Karma through Nutrition for Ascension Kindle Edition

What is karma? Are there ways we can balance this and become karma-free? Is there a particular nutritional plan we should follow for ascension? Do we increase our karmic balance by eating certain foods? How can we utilise sex magick to work with karma and move through ascension? There are many lessons we can learn from the peoples of ancient Lemuria, a civilisation that existed before our known history on planet Earth. As we move through an ascension process collectively, we move back into a 'New Lemuria' and we take with us all the knowledge we have accumulated since those times. In this transmission from the White Winged Collective Consciousness of Nine, keycodes are presented for cellular memory recall, linking the reader 'beyond Atlantis' and into the harmonious frequencies of the first physical civilisation on the Earth - Lemuria. The Nine respond to questions using the Lemurian way as a template. Keycoded responses trigger activations within the reader as they receive the wisdom codes, standing as 'rainbow warriors of Gaia' moving into abundance, alchemy and stargate ascension. * Magenta Pixie is a channel for the higher dimensional, divine intelligence known as 'The White Winged Collective Consciousness of Nine'. The transmissions she receives from 'The Nine' have reached thousands of people worldwide via the extensive video collection on her YouTube channel. She has worked with people from all over the world as an intuitive consultant and ascension/consciousness coach. Magenta lives in the New Forest, UK.Magenta Pixie is also the author of "Masters of the Matrix", "Divine Architecture and the Starseed Template", "The Infinite Helix and the Emerald Flame" and "The Black Box Programme and the Rose Gold Flame as Antidote"
click to open popover

Kerry
5.0 out of 5 stars Phenomenal
Reviewed in the United Kingdom on 10 February 2020
Verified Purchase
This landed right as I was looking to brush up on my health through nutrition but somehow the information contained within managed to tie up countless loose ends on numerous subjects, answer a whole bunch of questions I had regarding karma, ascension etc and to confirm multiple bits of info I’d received via intuition and downloads. There are numerous facets to this transmission that run deep. Literally stayed up all night reading it from beginning to end
Read more
One person found this helpful
Helpful
Report abuse

It is so magical to learn/reactivate memories about Lemuria. Thank you so much Magenta Pixie and The White Winged Collective Consciousness of Nine for another wonderful and magical transmission! 🌈✨🌹

Lyric
5.0 out of 5 stars WHEN you are ready, comes the guidance!
Reviewed in the United States on 12 February 2020
Verified Purchase
This book came at the perfect time for me. I was in my own way transitioning to vegetarian life style and I was learning this is a process rather than something I just jump in. Have learned to listen to the inner voice as my guide to eating food along with pretty much every thing in my life. Magenta has been my spiritual guide because everything she has presented to the world so far has resonated so strongly and I was smiling with joy all through the book. Very easy to understand, implement since it is all about the inner guidance and resonance rather than just following a book. Thank you, Magenta, for your guidance have been unparalleled so far for the growth spiral I find myself in. Namaste, Kavitha.
Read more
3 people found this helpful
Helpful
Report abuse

Jeffrey A. Sidlosky
5.0 out of 5 stars Magenta Pixie Delivers Again
Reviewed in the United States on 12 February 2020
Verified Purchase
If you want to know what's happening in the greater sphere of reality, beyond religion, beyond spirituality itself, to the matrix itself that encapsulates us all, look no further, Magenta Pixie delivers. She's the best source for news on what's happening behind the scenes beyond having your own hookup directly.

If you're wanting to know what's what, read every book she wrote and you'll be doing yourself the greatest service you can do for yourself.

Being in the know changes reality all around you, so get on board and change life as you know it.

OneShot2Shots
5.0 out of 5 stars Perfect for StarSeeds looking for clarity on nutrition
Reviewed in the United States on 18 February 2020
Verified Purchase
I had been praying persistently to the masters for a book that would crystallize my understanding on the topic of the nutrition., and the prayers were shortly answered. With this book, I am now complete and clear with regard to what I have to do. Its as simple as fruits and vegetables, with seeds and nuts (for me). I had been told this before but needed some questions answered, which the book neatly cleaned up. It also contains a superb poem at the start. I look forward to reading her other material, and am excited to recreate Lemuria with some friendly assistance from the plant kingdoms.
Read more
Helpful
Report abuse
Load more international reviews

QiGong man
5.0 out of 5 stars Returning to Lemuria
Reviewed in the United States on 22 February 2020
Verified Purchase
This is a wonderful transmission from Magenta Pixie. I was enlightened and informed as to my own Lemurian roots. She explains all the necessary"nutritional" steps taken to awaken to what it's like to live as a Lemurian. I highly recommend this book!!
Read more
Helpful
Report abuse

Kaleb King.
5.0 out of 5 stars Another wonderful read
Reviewed in the United States on 22 February 2020
Verified Purchase
Magent Pixie and the beloved Nine always create some of the most aligned and highest frequency readings I've ever read.

This book is no different and gives excellent insight into dietary ascension plans.