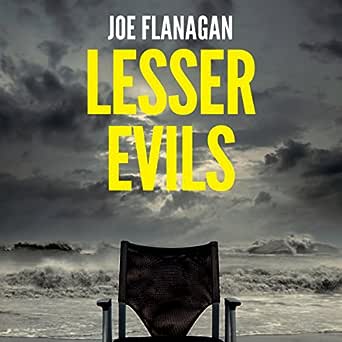 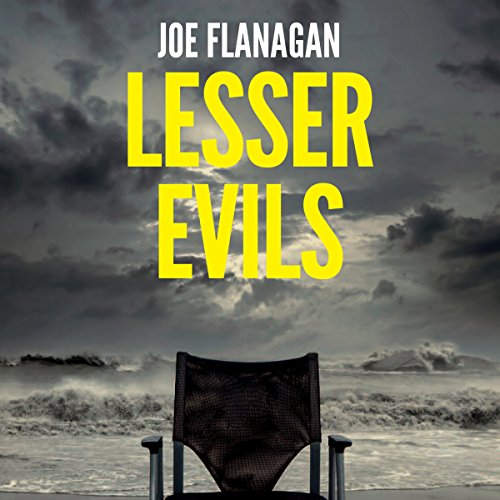 4.3 out of 5 stars
4.3 out of 5
12 global ratings
How are ratings calculated?
To calculate the overall star rating and percentage breakdown by star, we don’t use a simple average. Instead, our system considers things like how recent a review is and if the reviewer bought the item on Amazon. It also analyses reviews to verify trustworthiness.

James C Laray
5.0 out of 5 stars What an awesome read. I don't usually do cop/detective/suspense fictions
Reviewed in the United States on 24 March 2016
Verified Purchase
Stunned. What an awesome read. I don't usually do cop/detective/suspense fictions, but Joe Flanagan has got me hooked with "Lesser Evils". Great characters brought to life and made familiar reminding of people of my past both altruistic and truly evil. Some evil beyond my imagination. Characters towards the end that almost brought a tear to my eye out of a realistic sense of solid goodness, or my yearning to see the nefarious evil doers punished or worse. Some characters you just find yourself truly hating. The plot starts out with a shocking entrance and then breaks into intriguing sub plots, but they all balance well and begin to slowly interrelate really well drawing the reader into the read. The flow is perfect with suspense rising and falling and then leaving the reader hungry to almost skip ahead but knowing the slight shift in scene in the next chapter will be just as tantalizing. Towards the later fourth of the book the plots grow closer in a crescendo that had me keep reading well into the early morning. I just couldn't put it down. The action, suspense and intensity kept me pushing, with my adrenaline pumping. There is some violent scenes but well placed and far from gratuitous and actually portraying what I would expect outside of Hollywood sensationalism. Some gun battles but with more misses than hits, usually wounding with few killed. Some hand-to-hand struggles that had me right there, but again with a very realistic tone (not that I've been in hand-to-hand fights to near death and wondering if I could survive one). I could feel the protagonist Lieutenant Warren's physical and emotional pains throughout the book. There is a detached macabre and sometimes ghastly tone at times almost placing the reader viewing the corpses discovered throughout the read with a detached nature of those who kill them or the detectives, coroner or mortician who deal with them. Mr. Flanagan portrays the area of Cape Cod and environs with great detail filling me with an intrigue to pull out a map and see these places in relation to each other. I am now inspired to make a road trip to see if any of these places are still around. What a great vision of post World War II Americana complete with visions of my own past. Old seedy motor courts, baby boom era housing communities, trashy bars and road houses and the sad hapless souls that frequent them. There are also intriguing portrayals of the natural environments around these places in vivid detail. What completely pushes this story to new heights is well timed reflections of the characters' intellectual, spiritual, moral, and philosophical struggles juxtaposed by some of life's hardest realities of drug/alcohol addictions; work place politics and double dealings, mental infirmaries, and unfair societal ostracism and abuse of the unwanted and timid. One is given a "life is cruel, hard, and unfair" tone throughout. The ending offers brilliant resolution. I cannot rave enough about this read. It is over 400 pages, but I didn't want it to end. Can't wait for a sequel. I would love to see it made into a movie along the lines of the gritty street level tension of "Taxi Driver" with De Niro (1976), or the internal struggles of a good guy Nicolas Cage faced with the evil Dennis Hopper in "Red Rock West" (1993) or the psychological twists and dark sexual tensions of Isabella Rossellini and Dennis Hopper in the 1986 film "Blue Velvet".
Read more
4 people found this helpful
Report abuse

Kevin M. Murphy
5.0 out of 5 stars A masterfully written cinemagraphic noir.
Reviewed in the United States on 29 March 2017
Verified Purchase
Flanagan has written a great book. He manages to satisfy lovers of the crime novel and at the same time rise above many of the limitations of the form. Lesser Evils has the requisite mysteries and lowlifes and sleazy settings and cop tensions and plot twists, all masterfully conveyed and woven into an excellent mystery.
But Flanagan’s novel provides literary pleasures as well--characters are complex, his settings convey a palpable sense of time and place, his plot is both satisfying and surprising. And the book is thematically rich--Flanagan not just delves into character and the power of choice and the corruption of power, he touches on aspects of belief and what an author has called the “tender mercies.”
There are perfect sentences here, some with a precisely apt phrasing, some perfectly laconic, some so rich with underlying emotion that you go back and read them again. To me, Flanagan’s wonderfully sustained noir style demonstrates the practiced control you might find in a veteran sax player in a fifties jazz club—evocative tones, surprising but apt phrasings, a thoughtful economy, all culminating in just the right crescendo.
This is a fine book, written with the graphic edge that lets you imagine what an excellent noir film it might make in the hands of Hitchcock, Billy Wilder or Scorcese. But don’t wait for this to hit the screen--by all means, seek out this thoroughly satisfying and wonderfully written novel.

Jan
5.0 out of 5 stars You will route for Lt. Warren!
Reviewed in the United States on 17 April 2016
Verified Purchase
This story drew me right in and I couldn't stop reading until I reached the last page late into the night!. It is an intelligent, beautifully written novel. The reader gets to experience another time and place (Cape Cod in the 1950's) and also gets to delve into the mind, spirit and soul of the deep, interesting and endearing protagonist, Lieutenant Warren. There are some grisly crimes occurring on the Cape and the story evolves into a complex mystery while it also explores the psychological effect of the crimes on the main characters. There are subtle religious, moral and ethical themes running throughout the novel and enough drama and action to make this a real page turner. I can't wait to see the movie!
Read more
3 people found this helpful
Report abuse

Marie B
5.0 out of 5 stars Exhilarating mix of literary fiction and crime thriller
Reviewed in the United States on 17 March 2016
Verified Purchase
This author’s debut novel is far more than your run-of-the-mill mystery. The story centers around several child disappearances in the idyllic setting of Cape Cod in the 1950s, but the mystery almost becomes secondary to the inner lives of the characters. The array of characters is diverse -- the characters themselves are fascinating and complex -- and the reader is quickly drawn into their lives, their struggles, and their moral decisions (in some cases) in the face of excruciating circumstances. Flanagan describes, with great elegance, the beauty of this New England enclave which is juxtaposed against the corruption of law enforcement and brutality of the crimes being uncovered. The author writes with depth and fluidity, and the effect is almost cinematic as the reader is drawn into the time and place while experiencing the striking color and texture of the landscape and the cadence of life during this time. There is no shortage of action, as the story keeps you turning the pages until well past your bedtime, but the real strength of the novel, in my view, is the beauty of the writing itself and the underlying themes of compassion, morality, parental love, and faith. For lovers of excellent, insightful prose, this novel will be a gift and a surprise offering that far surpasses anything typically found in the mystery section.
Read more
One person found this helpful
Report abuse