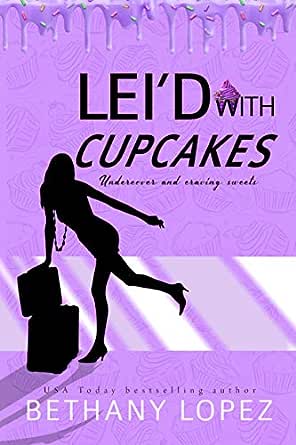 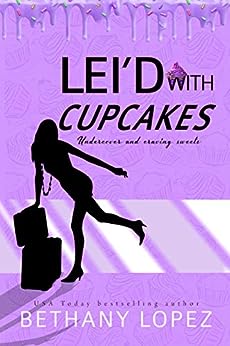 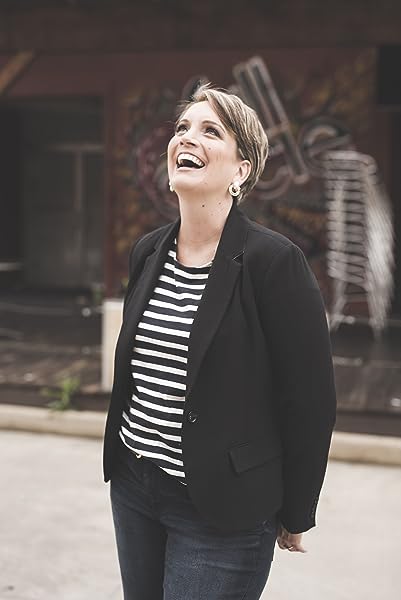 Honolulubelle
5.0 out of 5 stars Amusing and Steamy
Reviewed in Australia on 6 April 2017
Favorite Quotes:

Being the mother of eleven, almost twelve, year-old twins, you’d think I’d be used to them doing things in unison like that, but no … That %$# is freaky every time.

I could feel all eyes on me as I retched all over the floor, and I had to admit, the red velvet cupcake no longer seemed like a good idea. It looked like I had internal bleeding. I was assuming that, coupled with my nausea and the perception that I’d peed myself earlier, did not make me the best candidate for the auction block. ‘She ain’t going nowhere,’ Yusuf replied. ‘And with the merchandise we’re already selling, we’ll probably have to pay one of the clients to take her off our hands.’

See, I knew even then that the kind of woman I wanted to marry would be wild like the sea, with a calm at her center, a generous spirit, and the kind of beauty that makes people stop and look. Not just one the outside, but because they know what’s underneath the surface is just as magical as what’s on the outside.

No matter what happens, I’ll never let you go, and I’ll never give you reason to want to let me go.

I guess I haven’t really traveled that much in my life, because I wasn’t prepared for how happy I was to be home. Seriously. I wanted to hug my front door and kiss my porch, that’s how excited I was to see my little house again.

Lila and Cade take their adventures on a family visit to Hawaii and the Big Island may never be the same. Lila’s baby making hips were a hit with Cade’s mom who appears to be suffering a severe case of grandma fever. However, Lila wants to make a good impression and declares his parents’ home will be a No Sex Zone during their stay, which only leads to a build up of frustration and culminates in unbridled sexcapades. And, of course, snoopy Lila finds trouble - even when she’s not looking for it - and stumbles into a dangerous hive of criminal activity. I adore Ms. Lopez’s irreverent and witty humor, vivid descriptions, comical inner musings, and the peculiar predicaments the saucy Lila unearths and injects herself into. The writing and storyline were highly amusing, engaging, and intriguing. I am eager for the next installment to see what the intrepid Lila flings herself into next.

Amber Goleb
3.0 out of 5 stars Cute with sass
Reviewed in the United States on 26 October 2018
Verified Purchase
I adored the first two books in this series. While I enjoyed this one, it just didn't have the same vibe as the first two for me.

I am all for over the top, cute, sassy, light reads. This one was all of that, but at the same time it felt too light for the subject of the story. Typically for a storyline like this one, I want more angst than cute and sassy. I just wasn't connecting with it.

Overall, this book is a quick read. It follows suit in the other two where you won't be too overloaded with emotions. You will chuckle from time to time. You might even be tempted to dive into a dozen of cupcakes.
Read more
4 people found this helpful
Report abuse

teriwu
5.0 out of 5 stars 4.5 stars This series keeps getting better
Reviewed in the United States on 28 March 2017
Verified Purchase
I read this book and the prior one back to back. They are short reads. A Little over a couple of hours each. If you are following the series (and it should be read in order) you already know Lila, Cade and the gang. This book finds the couple and her kids going to Hawaii to meet his family and have some vacation fun. But of course trouble finds Lila and they end up working a case involving Cade's younger sister. This book was the best yet. The author has a really good sense of how to write comedy. I had moments of true laugh out loud. The romance aspect was much more fully developed than in the previous books so I was happy about that. I think the detective work aspect still needs to be more detailed and finely developed but overall a great, sexy, funny read with a supercool heroine and an adorable alpha-male hero. I'm really invested in these characters now so I hope we get another installment soon.
Read more
One person found this helpful
Report abuse

OH yea there is a case for Lila and Cade to work on that hits a little too close to home.

I can not wait for the next installment and I hope it may include a wedding or two in addition to a pig roast.

Best if you read the first two books and in order helps...

You will not be sorry to buy these.
Read more
One person found this helpful
Report abuse

Tami Czenkus
5.0 out of 5 stars Aloha
Reviewed in the United States on 11 February 2020
Verified Purchase
We're off to paradise with Lia and Cade to meet the parents and what an adventure it turned out to be. I laughed so hard reading this one my sides hurt after reading it.
As always with Lila there are always shenanigans to be had and if there is trouble afoot leave it to Lila to have a front row seat!
This series has a little bit of everything to keep the reader glued to the pages till the very end.
Read more
Report abuse

Sarah
5.0 out of 5 stars I love this series!
Reviewed in the United States on 27 June 2019
Verified Purchase
I am completely and hopelessly addicted to this series. The characters are wonderful, there is enough raunchiness without it being too much, and the story is ever evolving and interesting. I do wish there was more/better editing, as there are a number of typos/wrong words, but not enough for it to deter from the story. I can’t get enough of Lila, Cade, and the gang.
Read more
Report abuse
See all reviews
Get FREE delivery with Amazon Prime
Prime members enjoy FREE Delivery and exclusive access to movies, TV shows, music, Kindle e-books, Twitch Prime, and more.
> Get Started
Back to top
Get to Know Us
Make Money with Us
Let Us Help You
And don't forget:
© 1996-2020, Amazon.com, Inc. or its affiliates