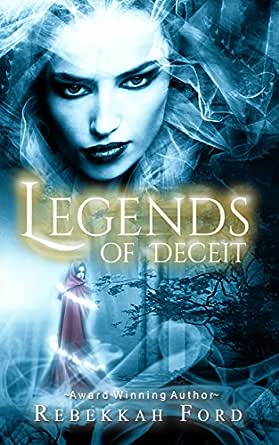 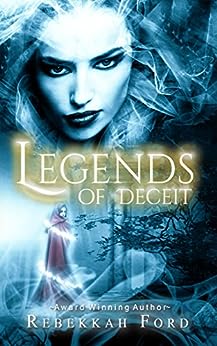 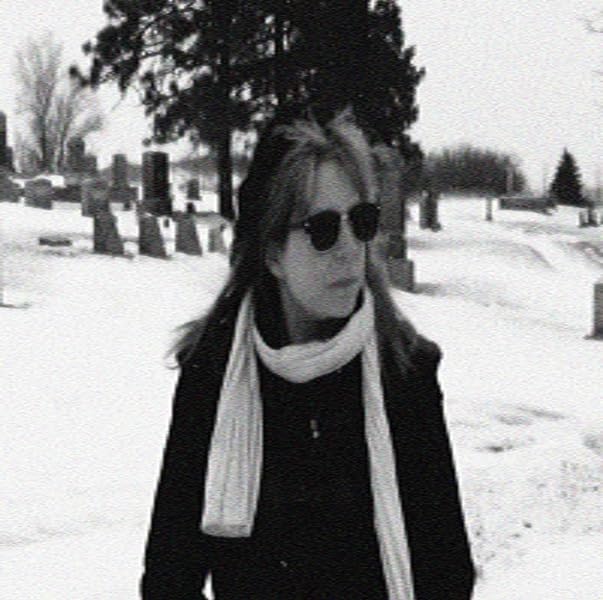 When Haven Evergreen was twelve, a witch cast a memory spell on her. Ten years later, Haven comes home and finds her mother murdered and two hooded beings lurking nearby.

Larkin Vestergaard is part of an elite team of soldiers. He's on a special assignment to save the daughter of his king. When he sees Haven, he's shaken to his core. Could she be the girl he lost long ago?

Larkin escorts Haven to a magical world where mythical creatures both beautiful and frightening exist. The truth of who she really is unravels, tearing the very fabric of her life. Despite her fierce attraction to Larkin, Haven longs to be back home where things are normal. But she's forced to embark on a new journey of love, duty, and honor. Yet the pathway is paved with deceit, and it becomes a journey of life and death.

Rebekkah Ford is an award-winning author who writes paranormal, fantasy fiction. She believes her fascination with the unknown derives from her childhood. When her parents were married, they were the directors of the UFO Investigator's League. They also investigated ghost hauntings and Bigfoot sightings in addition to extraterrestrial cases. Rebekkah's upbringing, knowledge, and experiences with the paranormal world, along with her colorful imagination, aids her in creating her stories. Rebekkah has an irreverent sense of humor and she believes having a dirty mind makes boring conversations more interesting.
click to open popover

Rosemary
5.0 out of 5 stars Top Notch Writing
25 June 2017 - Published on Amazon.com
Verified Purchase
Havens life is about to change forever when she returns from a vacation with her friend Kimmie. She retirns home to find her parents dead and someone or something is still there. She fonds out she is not who she thought she was but in fact royalty. Her real father is a king of another realm. She finds put she was sent to earth to be raised by the same parents to protect her they are now dead /She is called Alaris and with the help of a sexy warrier Larkins she soon is putting the pieces together. NOw the story begons the author has spun a tale of fantasy, deceit, adventure and love all entwined in a story that has twist and turns that will keep you reading . Rebekka Fords has brought so many charactors to life I was found myself getting caught up in them 5 stars !!!!!!!!!!!!!!
Read more
One person found this helpful

Patti Hays
5.0 out of 5 stars Identity crisis!
3 July 2017 - Published on Amazon.com
Verified Purchase
What happens when everything about your life is suddenly false? After tragedy befalls her family, Haven is reluctantly transported to another realm, and there the adventure begins. Wonderful characters, mystical and mysterious storyline, perfect elements to an amazing read! Mystical characters are bountiful through this tale complete with surprises lurking for you to discover.i had many things to accomplish this weekend but I snuck in as much reading as I could for I really did not want to put this down. Would love another book with a continuing tale.
Read more
One person found this helpful

judith plis
5.0 out of 5 stars Legends of Deceit
6 July 2017 - Published on Amazon.com
Verified Purchase
What a fantastic book! I had planned on reading a few chapters each day, but I couldn't put this book down at all!! The story line was magical. The characters were fantastic and believable. I didn't want this story to end!! Those of us who believe in the magical enchantment of life, understand how all of this can happen. Easily.... I hope that this story can continue on with multiple books revealing the characters and the futures of their lives, in the various realms that exist.
Read more

M. Carson
5.0 out of 5 stars Addicting!
12 February 2018 - Published on Amazon.com
Verified Purchase
It has been a long time since I read a book that completely engulfed me. This book was very entertaining and quite enjoyable. Looking forward to the next one.
Read more

Becky Rhoades
5.0 out of 5 stars Badass!!!
6 July 2017 - Published on Amazon.com
Verified Purchase
This was very well written. Different than other fairy tales I've read so far. I really enjoyed this book. I hope she writes more of these characters. I liked how Alarms was badass and had a filthy mouth to her even though she was a Princess.
Read more
Go to Amazon.com to see all 16 reviews 4.9 out of 5 stars
Get FREE delivery with Amazon Prime
Prime members enjoy FREE Delivery and exclusive access to movies, TV shows, music, Kindle e-books, Twitch Prime, and more.
> Get Started
Back to top
Get to Know Us
Make Money with Us
Let Us Help You
And don't forget:
© 1996-2020, Amazon.com, Inc. or its affiliates