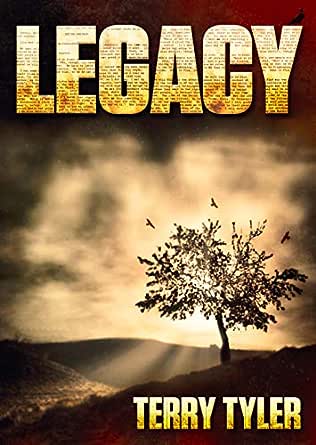 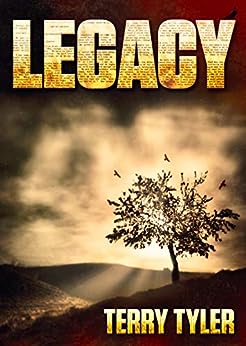 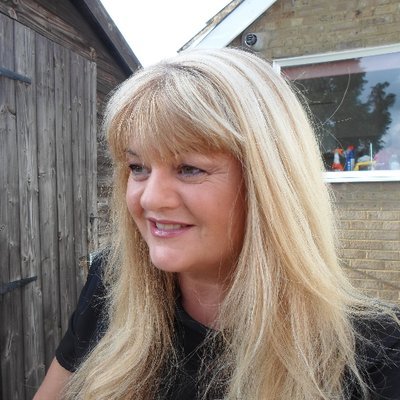 'Out of all the death and destruction has come the freedom to be who we really are.'

A hundred years after the world was devastated by the bat fever virus, the UK is a country of agricultural communities where motherhood is seen as the ideal state for a woman, new beliefs have taken over from old religions, and the city of Blackthorn casts a threatening shadow over the north of England. Legacy travels backwards in time to link up with the characters from Tipping Point, Lindisfarne and UK2.

Seventeen-year-old Bree feels stifled by the restrictions of her village community, but finds a kindred spirit in Silas, a lone traveller searching for his roots. She, too, is looking for answers: the truth behind the mysterious death, forty years earlier, of her grandmother.

In 2050, Phoenix Northam's one wish is to follow in the footsteps of his father, a great leader respected by all who knew him...or so his mother tells him.

In 2029, on a Danish island, Lottie is homesick for Lindisfarne; two years earlier, Alex Verlander and the kingpins of the Renova group believe they have escaped the second outbreak of bat fever just in time...

Book 4 of the Project Renova series rebuilds a broken country with no central government or law, where life is dangerous and people can simply disappear...but the post-Fall world is also one of possibility, of freedom and hope for the future.
click to open popover

Jade St Clair Scatterbooker
5.0 out of 5 stars Brilliant end to the series!
24 February 2019
Format: Kindle EditionVerified Purchase
I've had Legacy on my list for far too long. I think I didn't really want to finish the post-apocalyptic Project Renova series!

The majority of LEGACY is set around 100 years after the deadly bat virus swept across the UK, and the rest of the world. The UK is now an incredibly dangerous place with no central government where survival is never guaranteed, agriculture is essential and time consuming like it was in the past, repopulating the world has become imperative, and new beliefs have taken over.

It made total sense to me that the generations rebuilding after most of the world had been wiped out would become fascinated with nature and I loved how almost everyone had what would be considered “hippy” names.

I love how LEGACY tied up almost all of the loose ends of the PROJECT RENOVA series by traveling backwards in time and that all of the main characters are directly impacted by events that happened earlier in the series. It really gives the entire series a fantastic full-circle kind of flow. I was also glad to see my least favourite charecter, Dex, and my favourite character, Lottie, have their stories tied up so perfectly for very different reasons!

LEGACY is a brilliantly woven conclusion to the fabulous post-apocalyptic PROJECT RENOVA series. I can’t wait to see what Terry Tyler has in store for us next. 5 stars!

Debbie Harris
4.0 out of 5 stars A captivating series
12 July 2019
Format: Kindle Edition
I really enjoyed following this series and getting to know all the various characters. It was intriguing to read of this possible world in the future but also very believable. I could hardly wait to read the stories and tie everyone into the history of this new world. Great writing, characters and storyline.
Read more
Helpful
Comment Report abuse
See all 2 customer reviews
Write a customer review

Valmarp
5.0 out of 5 stars What goes around comes around: an excellent finale from Terry Tyler
8 December 2018 - Published on Amazon.com
Format: Kindle EditionVerified Purchase
The ending that makes sense of the whole series. I absolutely loved the first three books, and this one completes the series perfectly with its collection of stories spanning a century and more after the initial Fall (when bat fever wipes out the majority of the population). I had to read the whole book to appreciate how cleverly it is crafted and if I’m honest, I was wondering where it was all going for quite some time as I couldn’t see the point of the ‘century hopping’ initially. But it is brilliant. I won’t go into storyline details but the beauty of this final book is that readers not only find out what happens to all the characters they have grown to love (and hate) but also what happens to their offspring and the long term consequences of their actions. It is both chilling and heartwarming in equal measure. From the terrifyingly brutal city of Blackthorn to the idealism of Lindisfarne and the warm imperfections of Five Villages, we see what can happen when human nature is left to itself with no governance or rule of law. Weakness or courage seem to be the main determiners as to which way it will all go, and there is plenty of both. Thankfully, the book ends with optimism in the future. Bree and Silas’ in particular. Like other readers, I was thrilled to find out how the members of the old Lindisfarne community fared, especially Lottie, but it was good to know that the future is not only in the hands of the past. And as always with Terry Tyler’s books, she ends her tale with something to leave us thinking on. Highly recommended, but I would definitely recommend reading books 1 to 3 of the series first. It is such a complete and magnificent series!
Read more

Lalo
5.0 out of 5 stars A full five stars for this book and this series.
19 December 2018 - Published on Amazon.com
Format: Kindle EditionVerified Purchase
What a great wrap up of this phenomenal series. I felt for these characters. Some of them I felt should have suffered they were the “bad guys”. But most were regular people thrust into extraordinary times and situations. This book was a most satisfying wrap up to Terry Tyler’s Tipping Point series. Several things are explained and a few revelations are extremely satisfying. This is an end of world as we know it that’s too frighteningly plausible and possible.
Read more


Read more
Go to Amazon.com to see all 6 reviews 5.0 out of 5 stars
Get FREE delivery with Amazon Prime
Prime members enjoy FREE Delivery and exclusive access to movies, TV shows, music, Kindle e-books, Twitch Prime, and more.
> Get Started
Back to top
Get to Know Us
Make Money with Us
Let Us Help You
And don't forget:
© 1996-2020, Amazon.com, Inc. or its affiliates