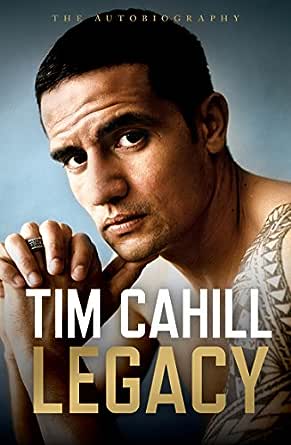 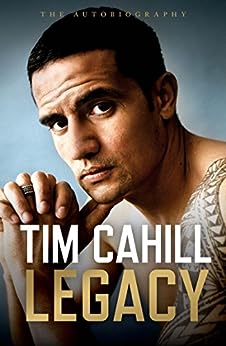 The story of international football star Tim Cahill, one of the most admired Australian sportsmen of all time.

Tim Cahill was born in Sydney to a Samoan mother and English father. He grew up in the city's western suburbs playing football with his brothers and for his local club sides. As a teenager, Tim's parents took out a loan so that he could travel to England and chase his dream of becoming a professional soccer player. It was an act of faith repaid with a stellar international career and the legacy of one of the most admired Australian sportsmen of his generation. With his trademark honesty and directness, Tim reflects on what it takes to make it to the top - the sacrifices, the physical cost, the mental stamina, the uncompromising self-belief and self-determination, the ruthlessness, but also the decency, the integrity, and the generosity. An autobiography that is more than a record of the goals and the games, Tim Cahill's story is a universal reminder of the importance of making your moment count.

Tim Cahill was born in Sydney in 1979. Prior to joining Shanghai Shenhua he played club football for Millwall, Everton and New York Red Bulls. He has to date played 81 times for Australia since 2004, with a record-breaking 39 goals. He founded the Tim Cahill Coaching clinics for young footballers in Sydney in 2011. He is married with four children.

Minik Hansen
5.0 out of 5 stars Journey from a childs dream to making it happen
20 March 2016 - Published on Amazon.com
Verified Purchase
From the football upbringing in Australia to making it in a life of football in different leagues and the national team, mixed with off the park memories worth sharing, Legacy is very much enjoyable. My first autobiography football book and it's a good start, it carries on for an easy read, with respect to his Samoan roots into a modern day professional footballer life. Open the book and enjoy it.
Read more
One person found this helpful
Go to Amazon.com to see all 1 reviews 5.0 out of 5 stars
Get FREE delivery with Amazon Prime
Prime members enjoy FREE Delivery and exclusive access to movies, TV shows, music, Kindle e-books, Twitch Prime, and more.
> Get Started
Back to top
Get to Know Us
Make Money with Us
Let Us Help You
And don't forget:
© 1996-2020, Amazon.com, Inc. or its affiliates