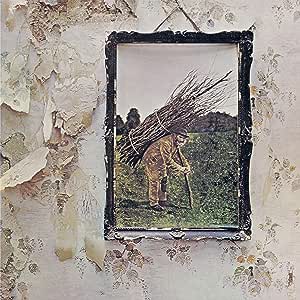 In 1968, John Bonham, John Paul Jones, Jimmy Page and Robert Plant formed Led Zeppelin, one of the most influential, innovative and successful groups in modern music, having sold more than 300 million albums worldwide. The band rose from the ashes of The Yardbirds, when Page brought in Plant, Bonham and Jones to tour as The New Yardbirds. In 1969, Led Zeppelin released its self-titled debut. It marked the beginning of a 12-year reign, during which the group was widely considered to be the biggest and most innovative rock band in the world. The Led Zeppelin reissue campaign got off to an remarkable start in June 2014 as deluxe editions of Led Zeppelin, Led Zeppelin II, and Led Zeppelin III debuted in the top 10 of the Billboard Top 200 Albums chart. The albums achieved similar international success with debuts near the top of the charts in more than a dozen territories, including Canada, France, Germany, Japan, and the United Kingdom. For the second round, the band prepared the reissues of Led Zeppelin IV (the third best-selling album in U.S. history) and Houses Of The Holy. As with the previous deluxe editions, both albums have been newly remastered by guitarist and producer Jimmy Page and are accompanied by a second disc of companion audio comprised entirely of unreleased music related to that album. The second round of reissues begins with one of the most artistically influential and commercially successful albums in the history of music, Led Zeppelin IV. Released in November 1971, the album—which is officially untitled—defined the sound of rock music for a generation with ubiquitous anthems such as "Stairway To Heaven, " "Rock And Roll, " "Black Dog, " and "When The Levee Breaks. " The album was inducted into the Grammy Hall of Fame in 1999, has been certified 23x platinum by the RIAA. The Led Zeppelin IV deluxe editions include unreleased versions of every song heard on the original album including alternate mixes of "Misty Mountain Hop" and "Four Sticks, " mixes of "The Battle Of Evermore" and "Going To California" heavy with guitar and mandolin, and the fabled, alternate version "Stairway To Heaven, " mixed at the Sunset Sound Studio in Los Angeles which lets fans hear one of the most revered songs of all time as they have never heard it before. Led Zeppelin continues to be honored for its pivotal role in music history. The band was inducted into the Rock & Roll Hall of Fame in 1995, received a Grammy Lifetime Achievement Award in 2005, and a year later was awarded with the Polar Music Prize in Stockholm. Founding members Jones, Page and Plant – along with Jason Bonham, the son of John Bonham – took the stage at London’s O2 Arena in 2007 to headline a tribute concert for Ahmet Ertegun, a dear friend and Atlantic Records’ founder. The band was honored for its lifetime contribution to American culture at the Kennedy Center Honors in 2012. In January of 2014, the band won their first ever Grammy award as Celebration Day, which captured their live performance at the Ertegun tribute concert, was named Best Rock Album.

4.8 out of 5 stars
4.8 out of 5
4,585 global ratings
How are ratings calculated?
To calculate the overall star rating and percentage breakdown by star, we don’t use a simple average. Instead, our system considers things like how recent a review is and if the reviewer bought the item on Amazon. It also analyses reviews to verify trustworthiness.

ScottyPeace
5.0 out of 5 stars Led Zep on vinyl! Brilliant!
Reviewed in Australia on 15 September 2020
Verified Purchase
Had this back in the day... lost it... have the cd... got a record player recently... bought the vinyl again... 180g.... chuck the cd out!! Its that simple.
Read more
Helpful
Report abuse

If you already own one of the previous releases you would perhaps have to be a real fan to justify owning this edition as well, but I do think LZ are one of the most important bands ever in the evolution of music and are a personal favourite. As this is within my top 3 LZ albums it was a no-brainer purchase.

The companion discs on these deluxe editions are interesting for a real fan and anyone with a keen interest in the band, as they do a great job of showing the evolution in the style of the band overall and individual tracks.

I think this music was made for vinyl as it has a powerful, raw and authentic sound, with excellent sound staging and a few rough edges and distortions, all of which makes it sound like you have the band performing in your living room. It was recorded and mastered with care and passion for sure.

This album contains no fillers at all and all tracks are superb, many being true classics known to almost everyone, whether fans or not.
Read more
27 people found this helpful
Report abuse

The Punk Panther
4.0 out of 5 stars When the levee breaks...
Reviewed in the United Kingdom on 19 June 2018
Verified Purchase
After the blues rock of the first album, the concentration on rock of the second and the supposed folky feel, of the third, what were Led Zeppelin going to come up with for their fourth album in just over two years? A bit of everything, that’s what.

The short but powerful “Black Dog” and the mighty, riffy “Rock n Roll”, with John Bonham’s iconic cymbal intro, are classic upbeat Led Zeppelin rock. However, “The Battle Of Evermore” is as mysterious and folky as anything on “III”, as indeed, is “Going To California” and then, of course, there is “Stairway To Heaven” where all styles meet in possibly the band’s most well-known song. The early acoustic verses take a while to reach the climax (over five minutes or so) when Jimmy Page’s guitar kicks in for real, and how. One of the best endings to a song ever.

“Misty Mountain Hop” isn’t the folky tune its title may suggest, but a pounding drum and keyboards insistent rock shuffle. The monumental “When The Levee Breaks” is one of those classic, extended, thrilling blues numbers that wouldn’t have been out of place on “I” or “II”. “Four Sticks” has an almost funky drum intro and provides a flavour of the sort of material that would later appear on “Houses Of The Holy” and “Physical Grafitti”.

Overall, there is as much “folky” material on here as there is on “III”, and in some cases they are more obviously so. Popular opinion would have it that the blend is fully realised here, however, (“every song has its correct place within the album” and so on). Personally, I prefer “III”.
Read more
14 people found this helpful
Report abuse

David Higgins
5.0 out of 5 stars The classics just sound better on vinyl
Reviewed in the United Kingdom on 15 January 2016
Verified Purchase
I've recently got back into vinyl records, after buying my first turntable since I my early teens! I got Led Zeppelin' s "Houses Of The Holy" for Christmas, and, using the Amazon voucher I also got, I bought this!

Containing some of my favourite Led Zeppelin songs, this is an absolute classic album, in every sense of the word! "Rock n Roll", "Stairway To Heaven", "Black Dog"....every song a masterpiece!

I've got the "Remasters" and "How The West Was Won" albums on CD, but listening to this on vinyl is a completely different experience! This is how music was MEANT to be heard! It just sounds more 'alive'....and the crackle of the needle on the grooves? That just makes me happy.

I can't stop listening to this album! In fact, I'm listening to it on my Kindle right now as I type this! I love the fact that Amazon give you a digital copy as well as the vinyl! Already ordered a couple more Led Zeppelin vinyl albums.....happy days!
Read more
11 people found this helpful
Report abuse

D Webster
5.0 out of 5 stars Great Value - As New
Reviewed in the United Kingdom on 14 December 2018
Verified Purchase
This re-mastered Stairway to Heaven sounds fantastic - well done Robert Plant and is one of those albums that just doesn't age. I remembered the lyrics to it from hearing my brother's vinyl version (through the door) when I was ten. Just goes to show how powerfully the music and lyrics were imprinted on my mind. My new favourite album.
Read more
2 people found this helpful
Report abuse
See all reviews
Back to top
Get to Know Us
Make Money with Us
Let Us Help You
And don't forget:
© 1996-2021, Amazon.com, Inc. or its affiliates