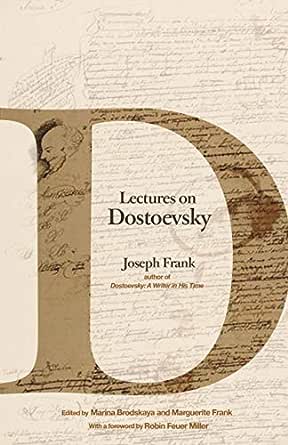 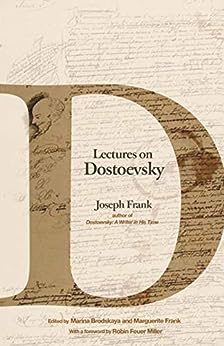 "Remarkably informative and clear, this book presents the results of Joseph Frank's decades-long research on Dostoevsky's writings in a condensed and accessible form. Even complex philosophical issues are addressed in a manner that is lucid but not oversimplified."'Barry Scherr, Dartmouth College

From the author of the definitive biography of Fyodor Dostoevsky, never-before-published lectures that provide an accessible introduction to the Russian writer's major works

Joseph Frank (1918–2013) was perhaps the most important Dostoevsky biographer, scholar, and critic of his time. His never-before-published Stanford lectures on the Russian novelist's major works provide an unparalleled and accessible introduction to some of literature's greatest masterpieces. Presented here for the first time, these illuminating lectures begin with an introduction to Dostoevsky's life and literary influences and go on to explore the breadth of his career—from Poor Folk, The Double, and The House of the Dead to Notes from Underground, Crime and Punishment, The Idiot, and The Brothers Karamazov. Written in a conversational style that combines literary analysis and cultural history, Lectures on Dostoevsky places the novels and their key characters and scenes in a rich context. Bringing Joseph Frank’s unmatched knowledge and understanding of Dostoevsky's life and writings to a new generation of readers, this remarkable book will appeal to anyone seeking to understand Dostoevsky and his times.