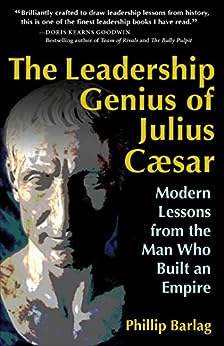 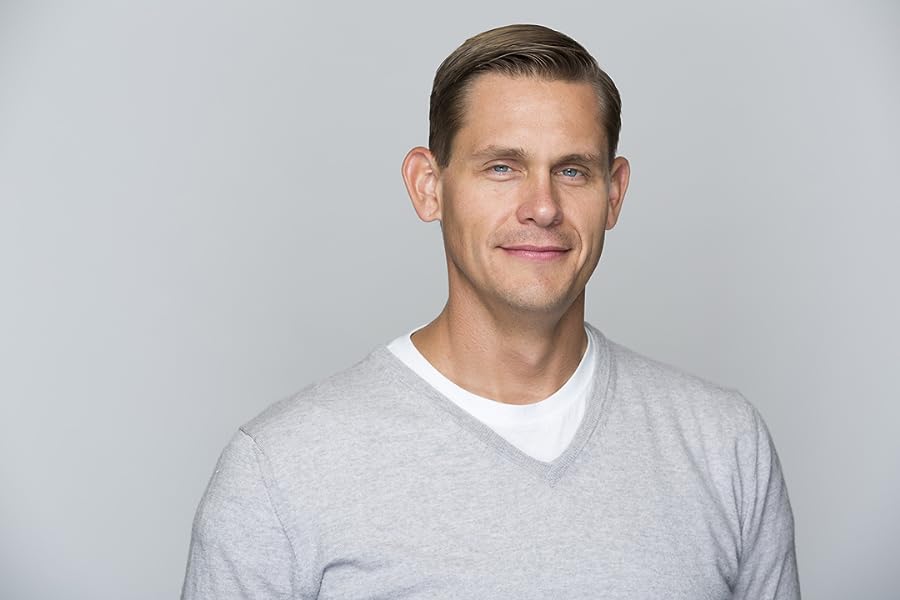 The Leadership Genius of Julius Caesar: Modern Lessons from the Man Who Built an Empire Kindle Edition

"When we look to great leaders as role models, we often don't look far enough back in the past. Julius Caesar was one of the most influential leaders in history, and Barlag shares timeless lessons that today's leaders can use to build trust and drive change."
--Adam Grant, Professor of Management, The Wharton School, and New York Times bestselling author of Originals and Give and Take

"Phillip Barlag captures in a creative way key leadership skills that transcend the passage of time. Caesar's success was not accidental--it was grounded in some firm principles."
--Paul Polman, CEO, Unilever

"The Leadership Genius of Julius Caesar is an innovative and engaging read for all leaders. While drawing on events and people from the ancient world, the lessons and storytelling are relevant and timely now. Whether political, military, or business, any leader responsible for moving an organization forward--in times of prosperity or crisis--can benefit from its insight."
--Jaap de Hoop Scheffer, 11th Secretary General, NATO

"Even as times change and technology progresses, the continual quest for enhancing our abilities remains the same. In The Leadership Genius of Julius Caesar, Phillip Barlag highlights the lessons and insights from Caesar's life and career to illuminate the qualities needed to guide any team toward greater loyalty, camaraderie, and success."
--Keith Ferrazzi, author of the #1 New York Times bestsellers Who's Got Your Back and Never Eat Alone

Biz Books
12/04/16
BY
Jim Pawlak "The Leadership Genius of Julius Caesar - Modern Lessons from the Man Who Built an Empire" by Phillip Barlag (Berret-Koehler Publishers, $24.95). Most books written about Caesar were written by historians and focused on his accomplishments. Barlag delves into the 'how' of the accomplishments by identifying his leadership skills - many of which are topics of today's business books.
The major leadership lesson: Caesar used power, not force, to lead. He understood that power comes from the ability to motivate others by focusing on a common goal. In wartime, he lived that goal by marching beside his troops, eating in their mess hall and listening to their feedback, and talk of what they planned to do when the campaign ended. He called his troops 'comrades' to remind them that he was one of them. They chose to follow him because they respected him and trusted him to keep his word.
At the Battle of Munda, his army was tired and wanted to rest before engaging the enemy again. Caesar drew his sword and raced up the hill alone - but not for long. His troops saw he was 'leading from the front, ' and raced after him. Putting his life on the line showed his commitment to victory. Leading from the front becomes critically important when tough decisions have to be made.
In times of peace, Caesar worked 'across the aisle' and reminded political opponents that they were citizens of Rome and owed a responsibility to all Romans. He spoke of mutual benefit. This increased their interest in working with him.
We all know how it ended. His opponents became jealous as Caesar's popularity and power grew. They feared that, as emperor, he would resort to force to rule. They clearly didn't understand the man's motivation. --This text refers to the hardcover edition.

Phillip Barlag is an executive director at World 50, which initiates and facilitates the most interesting and influential business conversations in the world. His writing has been published in Fast Company, MIT Sloan Management Review, and a number of influential business blogs.

Joseph Bronzi began his career as an award winning Stand-Up Comedian, whose appearances include Atlantic City, Las Vegas, television warm-up comedy for ABC's "Rachel Ray Show" and "Who Wants to be a Millionaire", ESPN's "Room for Debate", and MSNBC's "Crowd Rules". He has also performed his comedy on the television show Gotham Live. Joseph studied narration and sound engineering under Chuck McKibben (who was a producer/engineer for the legendary Mel Blanc) and began recording audiobooks in 2011. He is on the roster for five major audiobook publishers and has narrated over 35 audiobooks that have been sold online, distributed, or used in a corporate training environment. Last but not least, Joseph is the proud father of two terrific kids and the owner of his savage guard dog Norman. His girlfriend has declined to be mentioned in this Bio. --This text refers to the audioCD edition.

Percy
5.0 out of 5 stars This book is genius
Reviewed in the United Kingdom on 27 July 2017
Verified Purchase
Excellent book and as a Julius Caesar fan I knew a lot of where the author got his material. I would recommend to all fans of Julius Caesar and those wishing to understand how to lead. The great man was a genius.
Read more
Report abuse

Mohan
5.0 out of 5 stars Destinys' Child
Reviewed in India on 10 September 2018
Verified Purchase
This was really an awesome experience to read about this leader in a completely different manner. Author really have taken a new approach to define the character of Caesar. This is really something a peace of work. A must read for anyone who wants to know about Caesar's another side as well.
Read more

5.0 out of 5 stars Destinys' Child
Reviewed in India on 10 September 2018
This was really an awesome experience to read about this leader in a completely different manner. Author really have taken a new approach to define the character of Caesar. This is really something a peace of work. A must read for anyone who wants to know about Caesar's another side as well.
Images in this review

Monique Mercier
5.0 out of 5 stars Good book on leadership
Reviewed in Canada on 31 August 2021
Verified Purchase
Excellent book for leaders and those aspiring to be leaders. Barlag highlights how Caesar’s life provides many lessons in leadership that remain effective today.
Read more
Report abuse

Gord Lambert
5.0 out of 5 stars Barlag offers deep leadership insights
Reviewed in Canada on 28 January 2017
Verified Purchase
Philip Barlag draws deep insights from his research and presents them in a practical and concise way. Caesar is a brilliant case study for today's leaders and I strongly recommend the book.
Read more
Report abuse

Shimjith Madayi
5.0 out of 5 stars Good book to read
Reviewed in India on 20 February 2017
Verified Purchase
It's quite amazing to learn that the leadership excellence which he possessed long back which are effective even now.
Read more
Report abuse
See all reviews
Back to top
Get to Know Us
Make Money with Us
Let Us Help You
And don't forget:
© 1996-2021, Amazon.com, Inc. or its affiliates