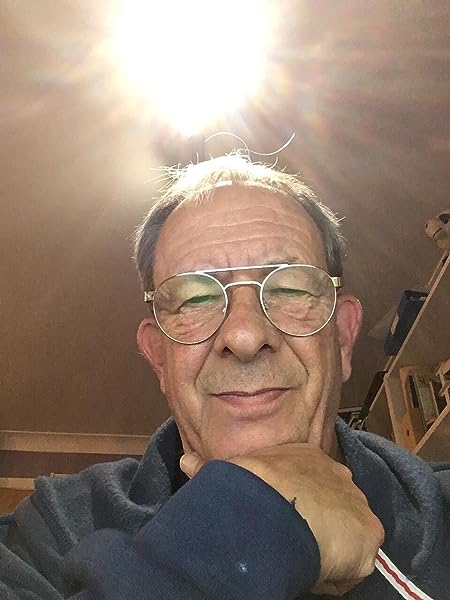 by Chris Nickson (Author)
4.4 out of 5 stars 18 ratings
See all formats and editions
Sorry, there was a problem loading this page. Try again.

'Nickson's latest and perhaps finest is a breathless race for the truth from start to finish'.-- "Kirkus Review"

'Thoughtful characterizations and a plausible, heartending plot add up to a winner. Nickson stands in the front rank of historical mystery authors.'-- "Publishers Weekly, Starred Review"

Chris Nickson is a well-known music journalist with over thirty non-fiction books to his credit. He is the author of six previous Tom Harper mysteries and seven novels in the Richard Nottingham series. Having lived in the USA for thirty years, he has recently returned to his native Leeds.
Start reading The Leaden Heart (A Tom Harper Mystery Book 7) on your Kindle in under a minute.

Jewell
5.0 out of 5 stars Tom Harper book 7. Leeds Police drama set in the Edwardian era.
Reviewed in the United Kingdom on 31 March 2021
Verified Purchase
The life of Tom Harper, Police Inspector living in the Victoria Public house with his wife and daughter. Tom has a tight knit crew of men working beneath him reliable to a man. Tom's one time best mate and sidekick has moved to Whitby. He has to come to Leeds as his brother has taken his own life. The story unfolds that the shop run by Charlie and his wife was visited by extortionate doubling the rent. Tom and crew keep returning to a mysterious North Leeds Company? can Tom and his men get to the bottom of this case before more people die?
Read more
Report abuse

G
5.0 out of 5 stars Another great read from this author
Reviewed in the United Kingdom on 21 January 2020
Verified Purchase
As always a thoroughly absorbing read that keeps you wanting to read on with some really interesting history information along the way.
Read more
Report abuse

Galla
5.0 out of 5 stars Another Winner
Reviewed in the United States on 11 July 2019
Verified Purchase
The Leaden Heart is another fast-paced and captivating entry in this series featuring a police superintendent in late 19th century Leeds, really at the dawn of 1900. There are two crimes: one with a cat burglar breaking into empty homes at night and another involving two vicious brothers using violence to coerce people to sell homes and businesses at low prices in areas targeted for development. Since the latter involves city planning and opportunities for corruption, naturally Tom runs afoul of important city politicians who want him fired. How Tom and his team track down the murderous brothers and figure out the business deals is fascinating. The ending, to say the least, is a pleasure! Nickson also paints a graphic picture of a city growing quickly with all the attendant social and political problems. My only grievance with this book is the price which seems excessive for Kindle. Also I wish Nickson would include a map of Leeds at this time since the physical setting is so important to the development of the story.
Read more
Report abuse

Jude 💜s books.
5.0 out of 5 stars The leaden heart.
Reviewed in the United States on 12 November 2019
Verified Purchase
This book is number 7
In the Tom Harper Victorian detective series
Chris Nickson has once again written a great read

Tom Harper has problems on his turf.
Annabelle has now won the election to be a guardian of the poor law.
There is a lot happens in this very busy book.
Murders, Kidnapping, & so much more.
The story is exciting and well written.
There are some strong we defined characters

David Wheeler
5.0 out of 5 stars Love this author!
Reviewed in the United States on 8 August 2020
Verified Purchase
Really enjoy his books, only wish they were longer.
Read more
Report abuse
See all reviews
Back to top
Get to Know Us
Make Money with Us
Let Us Help You
And don't forget:
© 1996-2021, Amazon.com, Inc. or its affiliates