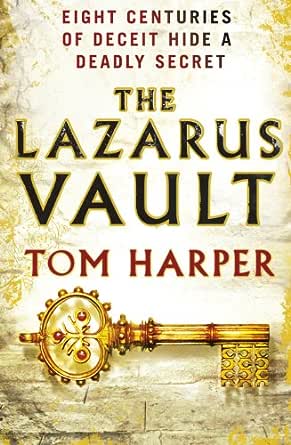 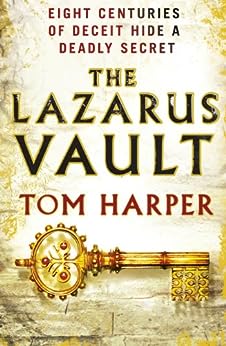 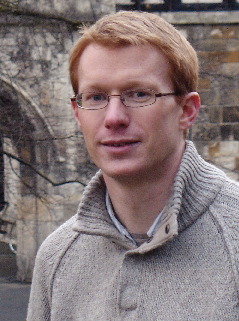 "Like Dan Brown, Tom Harper knows how to ratchet up the tension." -- Choice magazine

"Simply magical ... an excellent story with a fantastic ending." -- EuroCrime

"The medieval parts of the tale fly off the page, with drama, insight and danger." -- Peterborough Evening Telegraph

Tom Harper was born in 1977 and grew up in West Germany, Belgium, and America before returning to England to study history at Lincoln College, Oxford. His conclusion to the short story “Death by the Invisible Hand” was published in The Economist in 1997, and his novels have been translated into twelve languages. He lives in England with his family. Since April 2010, Tom has been Chair of the Crime Writers' Association. He’s also a member of the Crime Writers' Association, the Historical Novels Society, the Society of Authors, the International Thriller Writers and the Historical Writers' Association.

Francis Greenslade began performing with Adelaide University Footlights and has since worked extensively in theatre and television. Theatre companies he has worked for include Melbourne Theatre Company, Sydney Theatre Company, State Theatre Company and Playbox. Francis is probably best known for his television appearances in The Micallef Programme, Full Frontal and Pig's Breakfast.

Deep in the heart of London, the Monsalvat Bank is small, secretive and fabulously wealthy. When Ellie Stanton, an impoverished graduate student, is unexpectedly invited to join the firm, the privileged world they offer looks too good to turn down.

But the bank is more than it seems. Soon Ellie realises that her life belongs to her employers - and they're watching her every move. For buried in their medieval vaults lies a closely guarded treasure of immeasurable power - one inextricably bound up with Ellie's own history.

Now Ellie is in a race against time, hunted by the bank and pursued by her past. Her only hope of escape is to unearth the secret hidden in the vault. But getting in is only the beginning...

An action-packed thriller in the bestselling tradition of The Da Vinci Code, The Rule of Four, Equinox and Codex.
Read more

Julie Johnson-begg
TOP 500 REVIEWER
5.0 out of 5 stars Smashing good read
Reviewed in Australia on 3 March 2020
Verified Purchase
Harper is right on the money. This is a well thought out plot that keeps you engaged throughout. It tells the story through two time periods blending fact with fiction, family obligations and secrets with the race to fond the ultimate weapons from a time before man. Great read
Read more
Helpful
Comment Report abuse
See all reviews from Australia

waycat
5.0 out of 5 stars Highly recommended.
Reviewed in the United Kingdom on 16 November 2017
Verified Purchase
For me, Tom Harper is an excellent story teller, and his books are obviously very well researched.

He combines just the right amount of suspense, intrigue, drama and fast-paced action to create what is, in my opinion, a book containing everything to take the reader on an epic journey, wherever that may be.

I have read all his books now and have never failed to be totally drawn in by the story, developing a real sense of attachment to many of the characters in each of his books.

Sandra Davies
2.0 out of 5 stars not my sort of book
Reviewed in the United Kingdom on 18 March 2016
Verified Purchase
Recommended by a friend and, from a "look inside" far from unbearable. Had it finished on page 200 it would have been okay, but by page 300 I'd had enough. A looping story, round and round, blokey and cliched sex, gadgets and car chases. Pity, but ... clearly not my sort of book
Read more
Helpful
Sending feedback...
Thank you for your feedback.
Sorry, we failed to record your vote. Please try again
Report abuse

Charlotte barker
5.0 out of 5 stars Arthurian legend from a new view
Reviewed in the United Kingdom on 10 May 2020
Verified Purchase
Brilliant storytelling linking the past to the present! The level of detail and historical and geographical information is amazing.... highly recommended
Read more
Helpful
Sending feedback...
Thank you for your feedback.
Sorry, we failed to record your vote. Please try again
Report abuse

Kindle Customer
5.0 out of 5 stars Gripping yarn
Reviewed in the United Kingdom on 14 December 2013
Verified Purchase
A story that keeps you guessing and reading. It is hard to put down until the very last page.

Recommended for anyone enjoying fantasy and suspense.

Steven Kidner
3.0 out of 5 stars Disappointed
Reviewed in the United Kingdom on 23 November 2012
Verified Purchase
The story started very well and was a page turner. However the story became convoluted and finally just drifted to an unsatisfactory conclusion. Can not honestly recommend it.
Steve

Beth Munro
3.0 out of 5 stars Three Stars
Reviewed in the United Kingdom on 31 May 2015
Verified Purchase
Well written, but the story line is a bit far-fteched, even for this sort of novel.
Read more
Helpful
Sending feedback...
Thank you for your feedback.
Sorry, we failed to record your vote. Please try again
Report abuse

Brandon
3.0 out of 5 stars An ok read
Reviewed in the United States on 23 May 2011
Verified Purchase
Not Pillars Of the Earth, but definitely a fun and entertaining read. I did think the author could have done a lot more with this book and especially all the characters, maybe given them more depth. This book could easily be a 600 pager.

Still at the end of the day a fun and entertaining read and the 2 story lines come together nicely.

More like a made for tv movie than a full blooded novel. Worth the $7 on Kindle for sure.

Antiqueaquarian
5.0 out of 5 stars The Lazarus Vault
Reviewed in the United States on 22 September 2016
Verified Purchase
Each page a new direction. Each discovery a new idea of the end. this page Turner kept me reading page after page until the end. recommended.
Read more
Helpful
Sending feedback...
Thank you for your feedback.
Sorry, we failed to record your vote. Please try again
Report abuse

Miroslav Houska
3.0 out of 5 stars Captivating story although sometimes bit messy and shallow.
Reviewed in the United States on 23 September 2011
Verified Purchase
I like the blending of historical and present stories, especially for carving contrasts and similarities for ages divided by more than 8 centuries. Contrast is underlined by different narrative form: 1st person for historical story and 3rd person for preset one. At the final part of the book the story is full of improbable events and awkward turnarounds. However, the ends of both stories are nicely done. Some technology mistakes can be found as well - especially ignoring today's technical limitations, but nothing totally stupid.
Read more
Helpful
Sending feedback...
Thank you for your feedback.
Sorry, we failed to record your vote. Please try again
Report abuse

Pegasus West
4.0 out of 5 stars newest Tom Harper
Reviewed in the United States on 9 August 2012
Verified Purchase
I enjoyed this book, particularly the centuries apart 2 stories. This is not Harper's best book, but it is worth the read for Harper fans!
Read more
Helpful
Sending feedback...
Thank you for your feedback.
Sorry, we failed to record your vote. Please try again
Report abuse

G. Duff
5.0 out of 5 stars Top read!
Reviewed in the United States on 16 January 2011
Verified Purchase
Absolutely loved this book which I bought in the e- format. Great page turner. Interesting characters, great plot and surprise ending. Buy it!
Read more
One person found this helpful
Helpful
Sending feedback...
Thank you for your feedback.
Sorry, we failed to record your vote. Please try again
Report abuse

Douglas Misquita
4.0 out of 5 stars Value for money and very well written
Reviewed in the United States on 5 June 2011
Verified Purchase
As a recently published author, when I now read another writer's work I find myself looking at story construct, language, pace, in addition to is the story gripping. And also, what makes the book a real good read. Tom Harper's Lazarus Vault certainly satisfied my critical reading method.
Further, this the first Kindle book I ordered and I must say I was very satisfied that I made this purchase!
Read more
Helpful
Sending feedback...
Thank you for your feedback.
Sorry, we failed to record your vote. Please try again
Report abuse