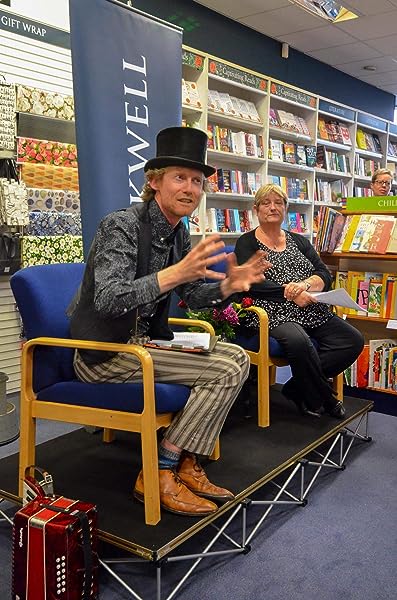 by William Sutton (Author)
3.8 out of 5 stars 8 ratings
See all formats and editions
Sorry, there was a problem loading this page. Try again.

It is 1863, and as a reluctant Inspector of Vice, Campbell Lawless undertakes a reckoning of London’s houses of ill repute, a shadowy netherworld of frayed glamour and double standards, mesmerising and unspeakable by turns. From the erotic booksellers of Holywell Street to the alleys of Haymarket, he discovers backstreet cast-offs and casualties of the society bordellos, and becomes fascinated by a musician who has established a foundation for fallen women. But his inquiries draw the attention of powerful men, who can be merciless in defending their reputations. Lawless must unlock the heart of a clandestine network, before he too is silenced...
Read more
Previous page
Next page

New from the author of The Girl from Munich
From Australia’s bestselling author comes the story of one woman’s determination to find her place in a world that men are threatening to tear apart. Shop now.
Start reading Lawless and the Flowers of Sin: Lawless 2 on your Kindle in under a minute.

William Sutton was born in Scotland in 1970 and appeared in pantomime at the age of nine.

He learned blues harmonica from his Latin teacher, drove to California in a VW beetle and studied classics at Oxford. Besides writing radio plays and short stories, he has acted in the longest play in the world, tutored the Sugababes and played cricket for Brazil.

After living in Brazil and Italy, teaching English and singing in ice cream shops, he has returned to the UK where he teaches Latin and plays accordion.

Lawless and the Devil of Euston Square is a literary mystery set beneath the smoggy cobblestones of Victorian London. The Scotsman newspaper said:

One of the joys of the novel is the language employed by Worm and his friends, part authentic Victorian slang, part thieves' cant, and part - I rather think - invented ... The action moves with dizzying speed from the highest quarters in the land to the vilest slums and low dives of the teeming city. … A tale of this sort requires fine villains, and Sutton obliges us with a couple … This is a world enveloped in smoke and fog. The fun is fast and furious.

We are told that William Sutton is now at work on another Campbell Lawless mystery. If he can maintain this standard of invention, this mastery of linguistic tone, he is on to a winner. (Allan Massie, The Scotsman)

The Morning Star called Lawless and the Flowers of Sin “a marvellous read – but harrowing, and the author shows his readers little mercy. Sutton doesn't tell his readers what to think - but he does tell them what to think about.”

Readers have loved the Euston Square urchins, the Oddbody Theatricals and their slang, a whole range of London patois of the day: parlare and backslang, costerslang and argot.

What's next? Performances from Victorious Festival to Portsmouth Bookfest. Programming Darkfest, a cross-media arts festival in Portsmouth, with a Day of the Dead night and Dark Songs.

Douglas G. Cochrane
5.0 out of 5 stars Brilliant second effort from William Sutton
Reviewed in the United Kingdom on 5 August 2016
Verified Purchase
Brilliant second effort from William Sutton! Strange, tangled, and researched to the hilt! You are THERE in London, 1863. Some argue it's good to have read the first Campbell Lawless novel: "The Devil of Euston Square," which is also most exceptional. Watch this author!
Read more

5.0 out of 5 stars Brilliant second effort from William Sutton
Reviewed in the United Kingdom on 5 August 2016
Brilliant second effort from William Sutton! Strange, tangled, and researched to the hilt! You are THERE in London, 1863. Some argue it's good to have read the first Campbell Lawless novel: "The Devil of Euston Square," which is also most exceptional. Watch this author!
Images in this review

Michael Kleeberg
5.0 out of 5 stars Better than the first
Reviewed in the United States on 31 March 2017
Verified Purchase
William Sutton is growing and improving. His first novel, to my mind, concentrated on verisimilitude: it must SOUND authentic. This second effort focuses more on story. It makes an enormous difference, and in truth, the sound is not adversely affected. Heart rending story, too. A sober, good read.
Read more
Report abuse

David Martin
4.0 out of 5 stars Read One Then Two
Reviewed in the United States on 25 August 2016
Verified Purchase
Book two. I enjoyed them both. Can be read as stand-alone, but better in order. This is book two.
Read more
One person found this helpful
Report abuse

Frank
5.0 out of 5 stars Five Stars
Reviewed in the United States on 30 May 2017
Verified Purchase
Very good read.
Read more
Report abuse
See all reviews
Back to top
Get to Know Us
Make Money with Us
Let Us Help You
And don't forget:
© 1996-2021, Amazon.com, Inc. or its affiliates