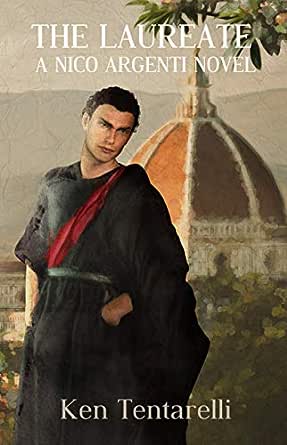 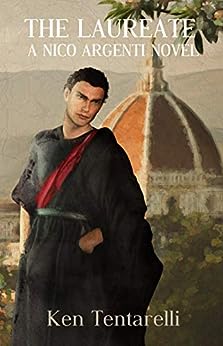 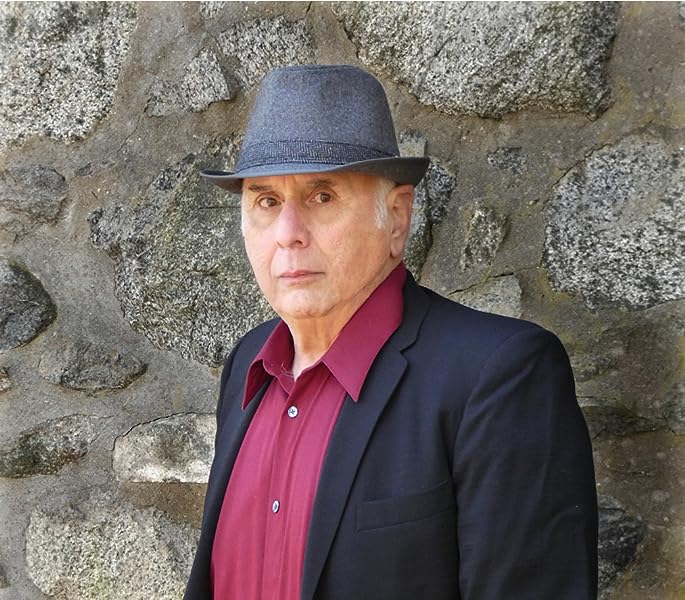 The Laureate is a mystery set in Renaissance Italy.

Nico Argenti returns from the university with a law degree. He is eager to begin his career, but instead finds his city of Florence engulfed in turmoil. Power hungry aristocrats see the death of Cosimo de Medici as the perfect opportunity to seize control of the Republic. The Florentine Chancellor, who is familiar with Nico's abilities, recruits Nico to help learn details of the conspiracy before it can destabilize the government. Nico's investigation reveals that the conspirators have hired an assassin to implement their plan. Nico must discover the assassin's intended victim and then find a way to thwart the assassin before it is too late.

To unravel the clues, Nico receives help from family and friends. His cousin Donato, who owns the finest restaurant in Florence, and his childhood friend artist Sandro Botticelli connect Nico to crucial sources of information.

Kristine D.
3.0 out of 5 stars Easy to pick up. Easy to put down.
15 November 2019 - Published on Amazon.com
Verified Purchase
The Laureate relates the story of newly graduated lawyer Nico (the eponymous Laureate), who is returning to his hometown of Florence, Italy, in the late 1400s. Cosimo di Medici has just passed away, and there seems to be a vacuum of power that multiple people and groups are trying to fill, through whatever means are at their disposal.

Through a series of coincidences, and via his family’s reputation, Nico seems to know everyone, either tangentially or directly. He is brought into the confidence of Chancellor Bartolomeo Scala, who tasks and entrusts Nico with discovering and relating a plot of violence and revenge meant to fill the power gap, despite the network of experienced people at his disposal. This leads Nico on whirlwind adventure over the course of two weeks, that ends in a somewhat satisfactory way.

I’ll start with the quality of writing, which is, in a word, passable. The sentences are direct, sometimes slipping into the habit of merely listing actions rather than relating a story. But it’s effective, if simplistic. It takes a little while but the author finally finds a decent cadence to the story telling about a third of the way through the book.

There are numerous editing and grammatical errors. Each of them on their own is minor, for the most part, and if you are not a reader who is easily distracted by these types of oversights then this shouldn’t bother you. However, for anyone who easily finds errors in writing, this could become a problem. Again, on their own, each mistake is minor, but taken in totality it’s clear this story is in need of a final line edit.

It is also clear that a great amount of research went into writing this story. The history of Florence and the relationship it had to it’s neighboring towns, cities, kingdoms, et cetera is described well, if in a little too much detail. While I appreciate and respect the work that went into the acquiring the knowledge, I did find that it slowed the pace of the story down a bit.

The highest element of praise goes to the female characters in the book. There are three “main” supporting female characters, Joanna, Francesca, and Alessa, and I found each one of them to be interesting, exciting and compelling in their own ways. I wish I could have seen more of them, as they seemed to be fully developed, well-rounded characters who delivered more to the plot than any of the men did. And of course, I think an entire novel could be written about Alessa and her story of strength and survival.

There are entire passages in the book that seem to be making a statement, even an indictment, on certain areas of politics and economics that are easily recognizable in today’s environment. These passages, while a little heavy handed, did pique my interest. I liked the idea that a book set in a historical time period would suffer the same issues we suffer today. I hoped that the story would eventually deliver a message or an insight about these scenarios, however, I found myself disappointed. There was never any more than an easy connection to be made. I felt this was a missed opportunity.

The plot itself seems to be a blend of a spy novel and a palace intrigue. There are a number of areas where conflict and tension could have been built, but the day was saved by a convenient and fortuitous acquaintance. I would have liked to see Nico doing a little more problem solving and conflict resolution, but every time he came up against a challenge, it seemed like someone close to him knew a person or a piece of information that could help. It felt like Nico did very little throughout much of the action.

As I said in the title, the book is easy to pick up, it’s easy to read, and the main plot is interesting enough to keep anyone entertained who wishes to be. But the book is also easy to put down, and I can easily see a reader becoming interested in something else and forgetting to finish the book all together.

Rebecca L.
4.0 out of 5 stars 3.5 Stars
30 November 2019 - Published on Amazon.com
Verified Purchase
Recent law school graduate Nico returns to his hometown of Florence with his friend and fellow student Simone for a well-deserved break before beginning his legal career. While Simone enjoys his vacation, Nico is immediately pulled into the complicated political intrigues that were de rigor in the Middle Ages, which is when this tale takes place.

Despite a few typos here and there, the book is well-written. It’s easy to read and easy to follow, even if the reader knows very little about the time period or the country in question. Historical fans won’t be disappointed either. There’s enough sense of place that it doesn’t feel too modern in tone. Nico, Simone, their friends and associates are also a generally likable, well-meaning group, which is always a plus.

On the other hand, I didn’t expect the story to be more literary than mysterious in tone. The plot could also be a bit slow moving at times. However, this story is clearly the first book in a series, in which case the latter issue is a more forgivable offense than it would otherwise be. After all, the author needs to firmly establish the characters that will be featured in later stories.

Overall, I liked this book. I may even read the rest of the series if I have the time and opportunity to do so.
Read more
One person found this helpful

Book #1 of the Nico Argenti series, The Laureate requires a fair share of of exposition, yet it still hooks readers on the series with a suspenseful story and alluring personalities.

Nico has just graduated from law studies at the University of Bologna and returns to Florence — with a Venetian friend from school — to show this friend his hometown before he settles into his career.

At the same time, the recent death of a de Medici has upset the political balance in Italy, and power hungry aristocrats are looking to wrestle control — murderously if need be.

What does this have to do with Nico? A very influential acquaintance from his past tempts Nico to spy — or “gather information” — for the Florentine Chancellor… with the suggestion that Nico could be a top candidate for a prime position if he can successfully complete the fact finding mission.

But Nico does more than that, finding himself embroiled in the midst of the political intrigue and putting himself and his friends into perilous positions as they attempt to foil an assassination plot.

Page turning and thrilling, with a little bit of romance thrown in for good measure, The Laureate draws the reader in, while also teaching about the history of the early divided states of Italy. Readers will love Book #1 and eagerly await the rest of the series!
Read more
Go to Amazon.com to see all 14 reviews 4.3 out of 5 stars
Get FREE delivery with Amazon Prime
Prime members enjoy FREE Delivery and exclusive access to movies, TV shows, music, Kindle e-books, Twitch Prime, and more.
> Get Started
Back to top
Get to Know Us
Make Money with Us
Let Us Help You
And don't forget:
© 1996-2020, Amazon.com, Inc. or its affiliates