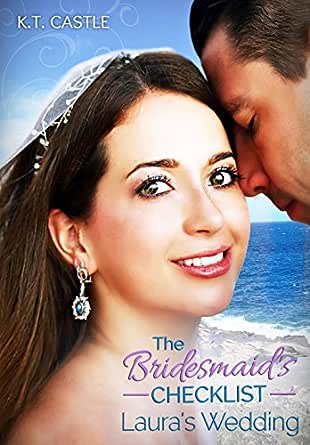 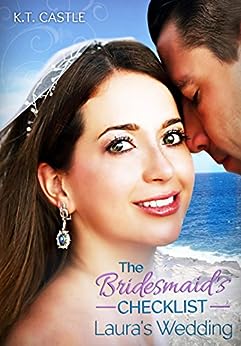 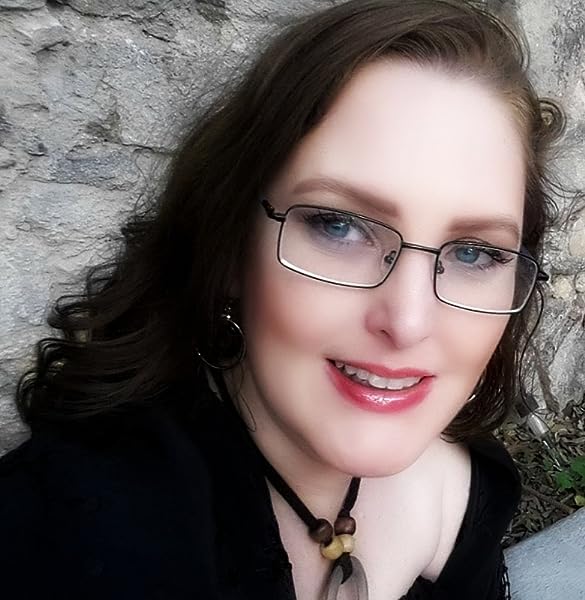 K.T. Castle is an author/artist in progress. She's on a quest to find the words, forms, and colors to materialize the worlds and people of her imagination. She never saw herself as an incurable romantic, but lately, that's what she finds herself musing about. Love is found everywhere, regardless if it comes from a nice person, an ass-mundane or even vampire. When she's not busy with work, in front of a computer placing many thoughts in order, she makes her best to be creative or relax with a good book and a snack. Some of her favorite characters are Sookie, Rule and Shaw, Bella, Edward, Clary, Jace, Wrath, Hollywood, Blaire, Woods, Ethan, the Sleeping Beauty, and Ariel. Get to know her more on her social media pages. Facebook: @KTCastle.author Google+: K.T.Castle Twitter: @KTCastle_author Pinterest: KTCastle_author Website: https: //www.ktcastle.com/ --This text refers to the paperback edition.

Cliente de Amazon
5.0 out of 5 stars Great book!
Reviewed in Mexico on 21 July 2016
Verified Purchase
Great book, fresh and soft approach.
Highly recomended!
Plus it was on sale when I got it!!
I am waiting flor the net one!!

bookfiend
1.0 out of 5 stars Shallow as a wading pool
Reviewed in the United States on 24 July 2016
Verified Purchase
This book was full of pretentious, shallow people, who seemed to all have problems getting along. There were so many nasty comments made by everyone that I wondered how they could even be friends. Everything and everybody was so beautiful, so gorgeous or so trendy. i started skipping over the descriptions of things because they went into waaaay too much detail. (I have an imagination, I did not get a chance to use it.) I read all of this drivel, hoping for something that reached beyond the superficial, but never really found it. Oh yeah, there is an HEA of sorts, however, it is a series with a cliff hanger. There were editing mistakes throughout, not major, but enough to make me stop, reread, figure out what was meant and then move oni. I like my stories with a bit (read more) depth to the characters and the plot.
Read more
5 people found this helpful
Report abuse

Raul
4.0 out of 5 stars Reluctant romance, bawdy closet skeletons, and adult relationships put to the test
Reviewed in the United States on 5 February 2018
Verified Purchase
I got a hint from the cover that this is not exactly the type of fiction that typically appeals to me. Nonetheless, I gave it a try, and a pair of positives quickly became apparent: 1) The narrative proved a fast read; 2) The story turned out very easy to escape into. Fair warning, though: The novel not only delves into the characters' pasts and thereby brings up mature themes, but also offers a couple of scenes that I found highly raunchy.

That wasn't necessarily a negative for me. Granted, the people involved in this story are the types whose personal lives I'd prefer to steer clear from. I was even surprised how they managed to sustain their friendships -- or, for that matter, how any could maintain civility with an ex. It seemed as if, just as one conflict was resolved, another stirred the pot all over again. But hey, all this successfully added to the intrigue and theatrics.

My reading this modern-day tale of an upcoming wedding nearly felt like watching a made-for-cable nighttime drama. Interestingly, the cover does not depict the narrator herself. Kass is actually one of the bride's four best friends from childhood. Kass is also the only one in the circle yet to experience her nuptials, but she admits to her own reluctance in settling down -- she prefers her non-committal flings, lest she risk heartbreak.

Kass describes spearheading plans for the bridal shower, the attire, and the big day itself, as she struggles to obtain help from her pals, in hopes of meeting the bride's expectations -- think "Bridezilla," a word oft-repeated here. Meantime, Josh -- who seemed most intent on pursuing Kass -- found a way (even despite his own flaws) to win me over as my favorite character. For me at least, this book was unexpectedly satisfying.
Read more
Report abuse

LilleyLoohLah
4.0 out of 5 stars Light read
Reviewed in the United States on 7 January 2018
Verified Purchase
Book 1 in the Bridesmaid’s Checklist series and author K.T. Castle’s debut novel was a light easy read. The story follows Kassandra who is the maid of honour for her best friend’s wedding, she is also the last single woman standing in their friendship group. As the cliche goes, she really does have a thing for the best man, but in her eyes he’s a player and she’s not on the market for a broken heart. Add to the fact that she knows the groom intimately and things get a little heated between the group. Funny in places, with some sexy time included I found this to be a light easy read. Josh, in my eyes, was perfect, I loved him. My main fault with the book (not the story) lies with the fact that I could not physically read any of the added notes and inserts (ie the checklists and paper clippings that Kassandra wrote/read), due to the fact that I couldn’t enlarge them on my kindle without messing up the font settings. It didn’t takeaway from the story too much, but it was annoying nevertheless.
Read more
Report abuse
See all reviews
Get FREE delivery with Amazon Prime
Prime members enjoy FREE Delivery and exclusive access to movies, TV shows, music, Kindle e-books, Twitch Prime, and more.
> Get Started
Back to top
Get to Know Us
Make Money with Us
Let Us Help You
And don't forget:
© 1996-2020, Amazon.com, Inc. or its affiliates